Ghosts of the Five Points

In the 1800s, Five Points was a notorious slum in lower Manhattan, infamous for decades as New York City’s center of violent crime, unemployment, prostitution, gambling, infectious diseases, and filth. “What place is this, to which the squalid street conducts us?” wrote Charles Dickens, upon a visit in 1842. “Debauchery has made the very houses prematurely old.” Within these overcrowded wooden tenements, however, was one of America’s first melting pots, where newly-emancipated African Americans lived next door to recent Irish immigrants. The rampant squalor led to efforts by various charities to try to help the poor, but eventually the slum was cleared through wholesale demolition. Today, though little remains of the neighborhood, stories and tales associated with various locations live on, most notably in the 2002 Martin Scorsese film “Gangs of New York.” Join guide Lloyd Trufelman for a tour of the sites of the Old Brewery/Mission House, Bandit’s Roost, Collect Pond, and others places where the voices of Five Points echo through our modern streets. 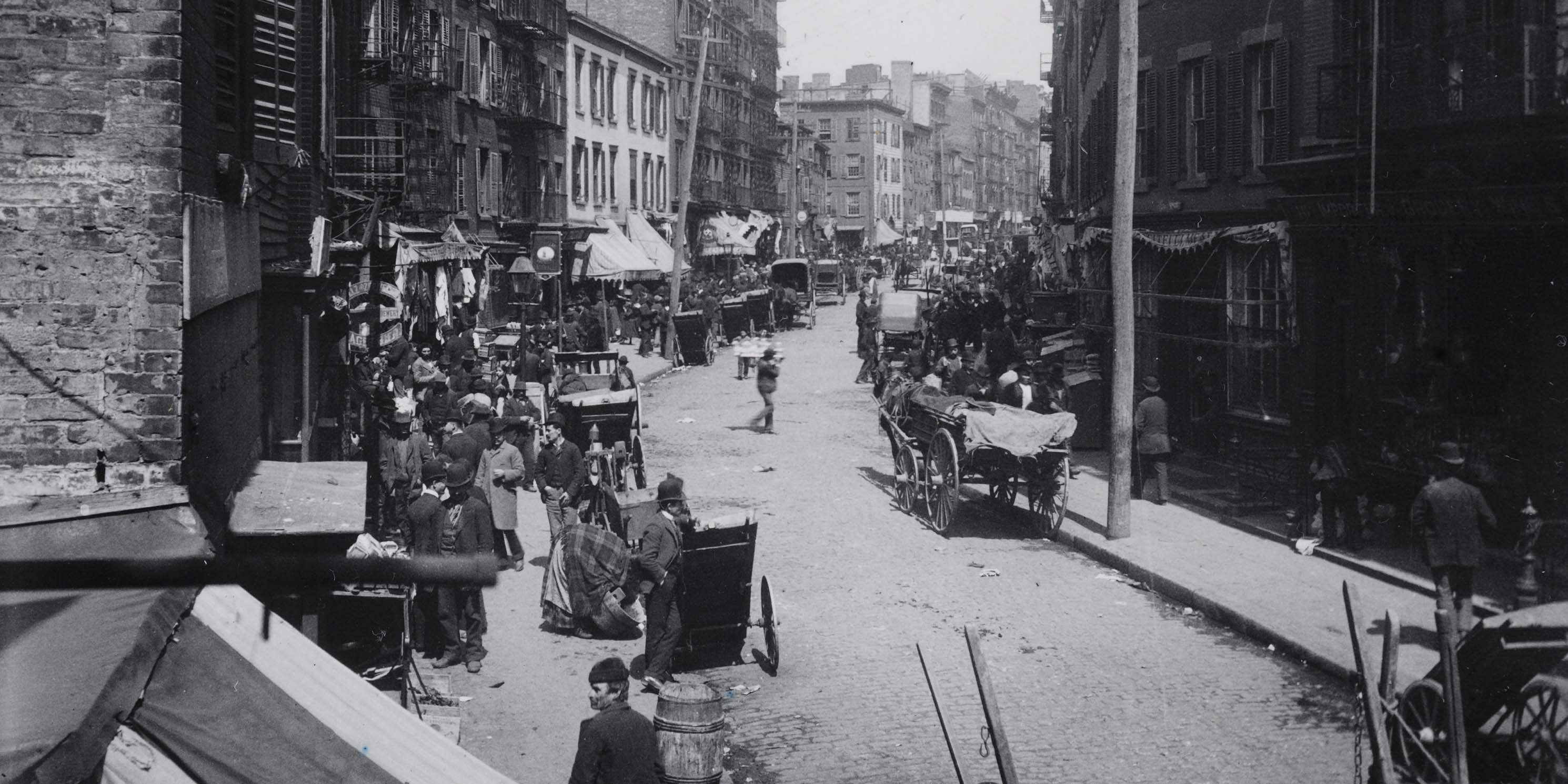