The photographer Berenice Abbott (1898-1991) described herself as a “self-taught risk taker.” She arrived in Greenwich Village in 1917, and fell in with the Modern artists then living in the neighborhood. After spending the 1920s in Paris, Abbott returned to New York, and commenced work on her most enduring portrait of the city: Changing New York. This virtual tour will explore Abbott’s relationship to New York both in her life and in her work, from her home in the Village, to her dramatic documentation of ‘30s New York, to her decades long personal and professional partnership with the art critic Elizabeth McCausland. 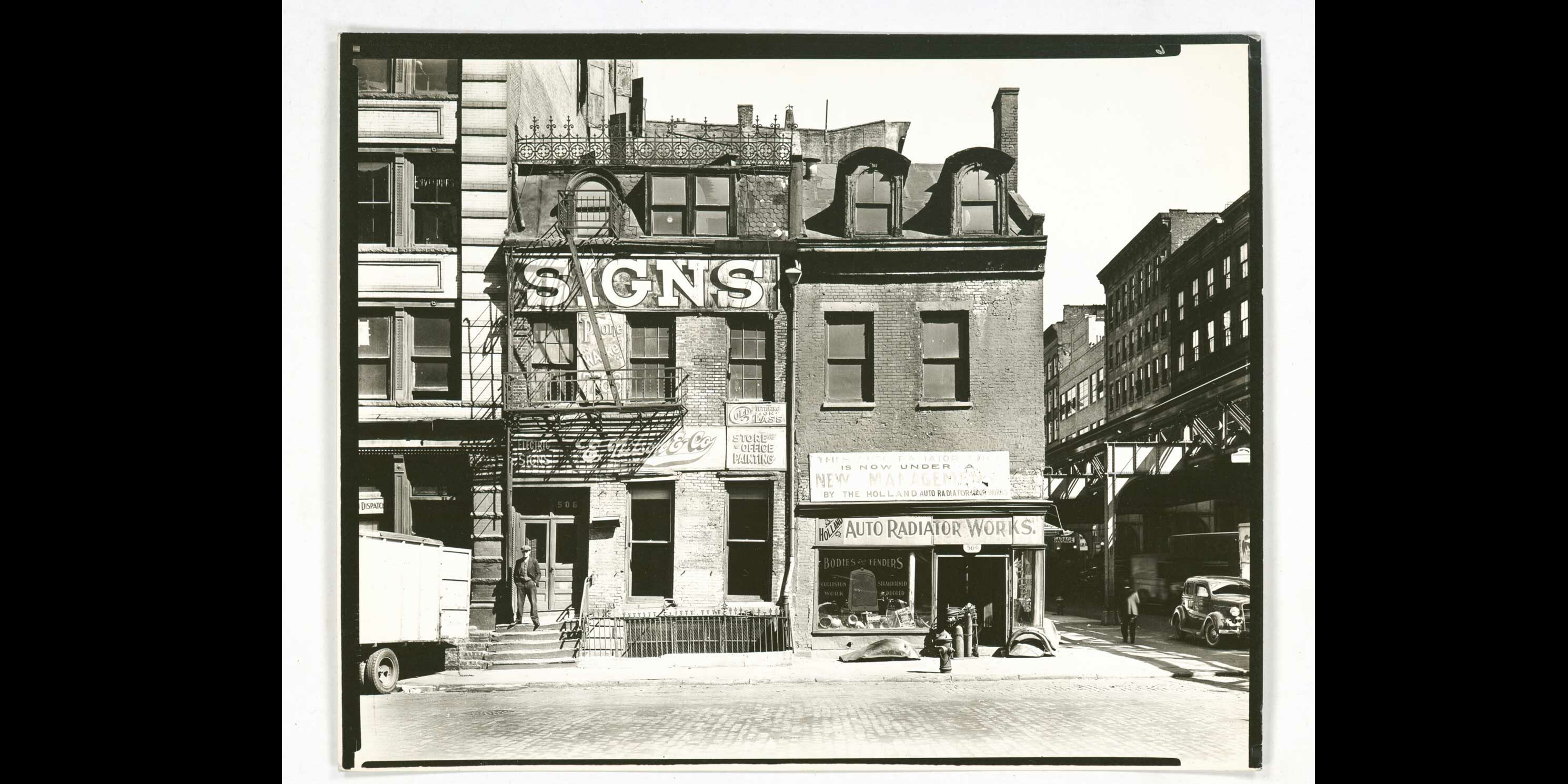