A Garden Community in Queens

Douglas Manor is a beautiful neighborhood in the extreme northeast corner of the borough. This section of Douglaston is geographically secluded, on a peninsula that juts out into Little Neck Bay. It’s also a quick train ride to the city. Actually, since it’s in Queens, this is New York City. The town, known to residents as simply the Manor, was founded in 1906 and named for the estate of George Douglas (his 1819 Greek Revival mansion is now the Douglaston Club, 600 West Dr. at Manor Rd.), who filled the peninsula with plants and trees from around the world, with the help of his friend, famed NYC landscape architect Samuel Parsons Jr. This and the Manor’s varied architectural styles helped it gain its status as a New York City historic district in 1997. The garden community created by the Rickert-Finlay Realty Company (which bought the land from George Douglas’s son William) was intended for the middle and upper-middle classes. 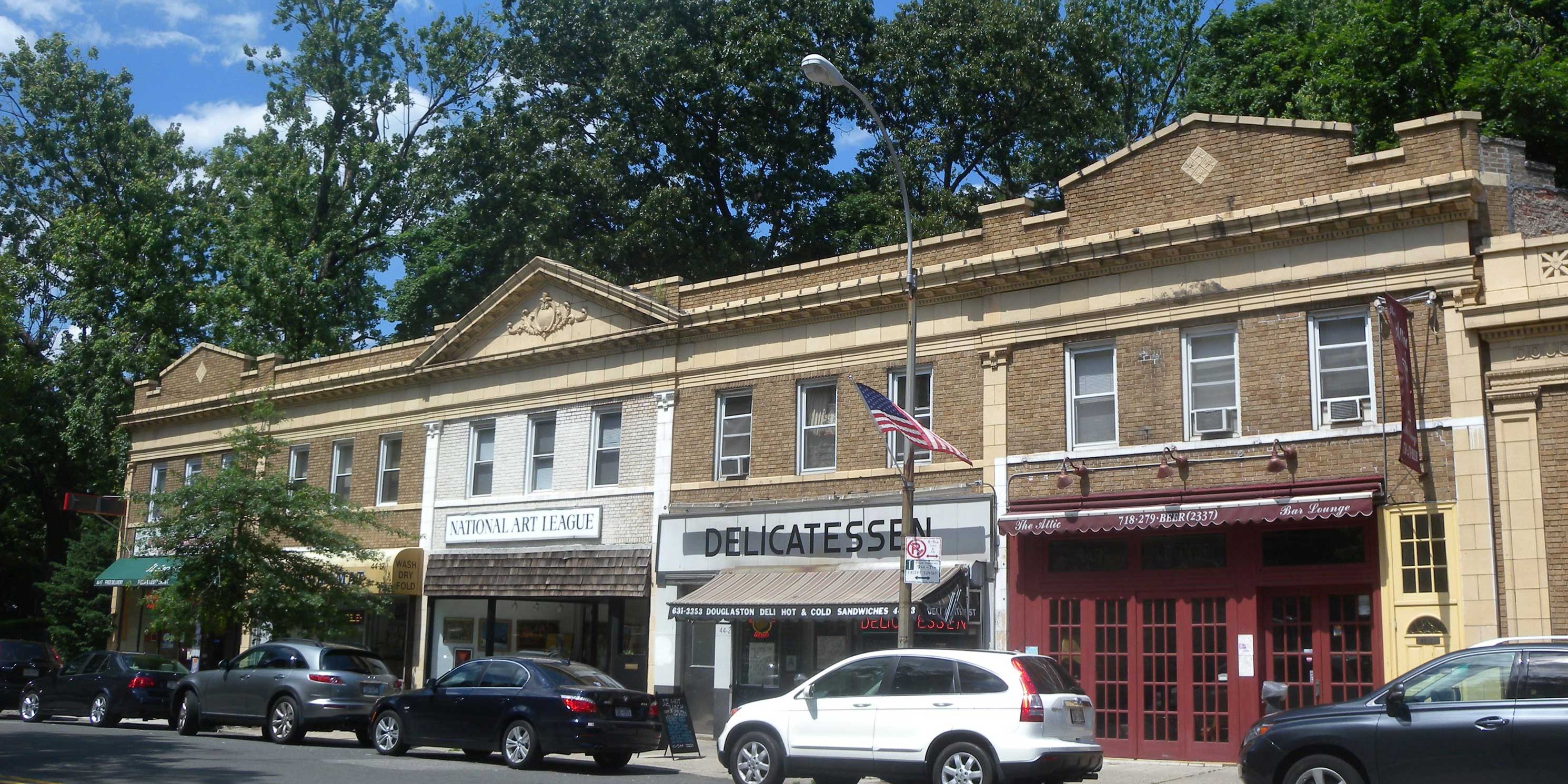