This virtual tour will celebrate the seminal architecture critic Ada Louise Huxtable (1921-2013). Her pocket guide “Four Walking Tours of Modern Architecture in New York City,” was jointly published by the Municipal Art Society and the Museum of Modern Art in 1961. Retracing the route of one of those midtown tours up Fifth Avenue from 43rd to 54th Street, we will consider Huxtable’s analysis and discuss subsequent changes to the buildings she examined and their surroundings. Highlights include Rockefeller Center, the Museum of Modern Art and the former Manufacturers Trust Company. When she was appointed architecture critic for the New York Times in 1963, a position she held until 1982, Ada Louise Huxtable became the first full-time architecture critic at an American newspaper. She received the Pulitzer Prize for distinguished criticism in 1970. Tour guide John Arbuckle is President of DOCOMOMO US/New York Tri-State, the local chapter of an international organization dedicated to preserving Modern architecture.

All tours are Eastern Time Zone. Registration is now closed. 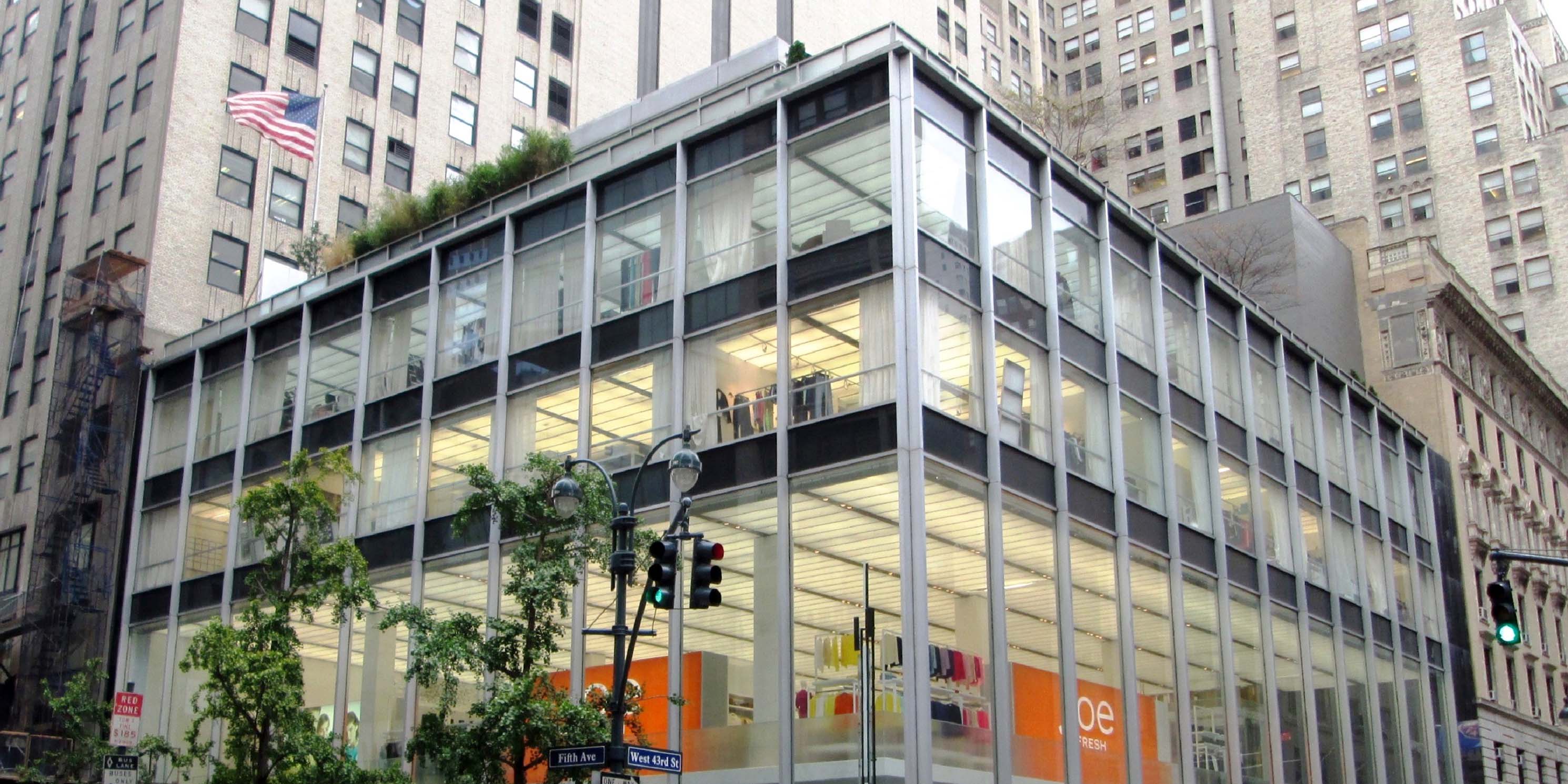