From Coney Island to Brighton Beach

Stroll the beautiful, landmarked Riegelmann Boardwalk as we view the old, also landmarked rides: the Cyclone, Parachute Jump, and Wonder Wheel. See the ever expanding Luna Park with its daring rides including the new Thunderbolt Rollercoaster. Hear about Coney Island’s colorful past and former great amusement parks like Steeplechase. Once know as “Sodom by the Sea” for its honky-tonk atmosphere, Coney Island now is home to a ballpark, the Aquarium, Brooklyn’s 9/11 Memorial, and a memorial to Jackie Robinson. Enjoy the sea air as we continue on to Brighton Beach, “Little Odessa,” with its many shops and restaurants catering to peoples from the former Soviet Union. 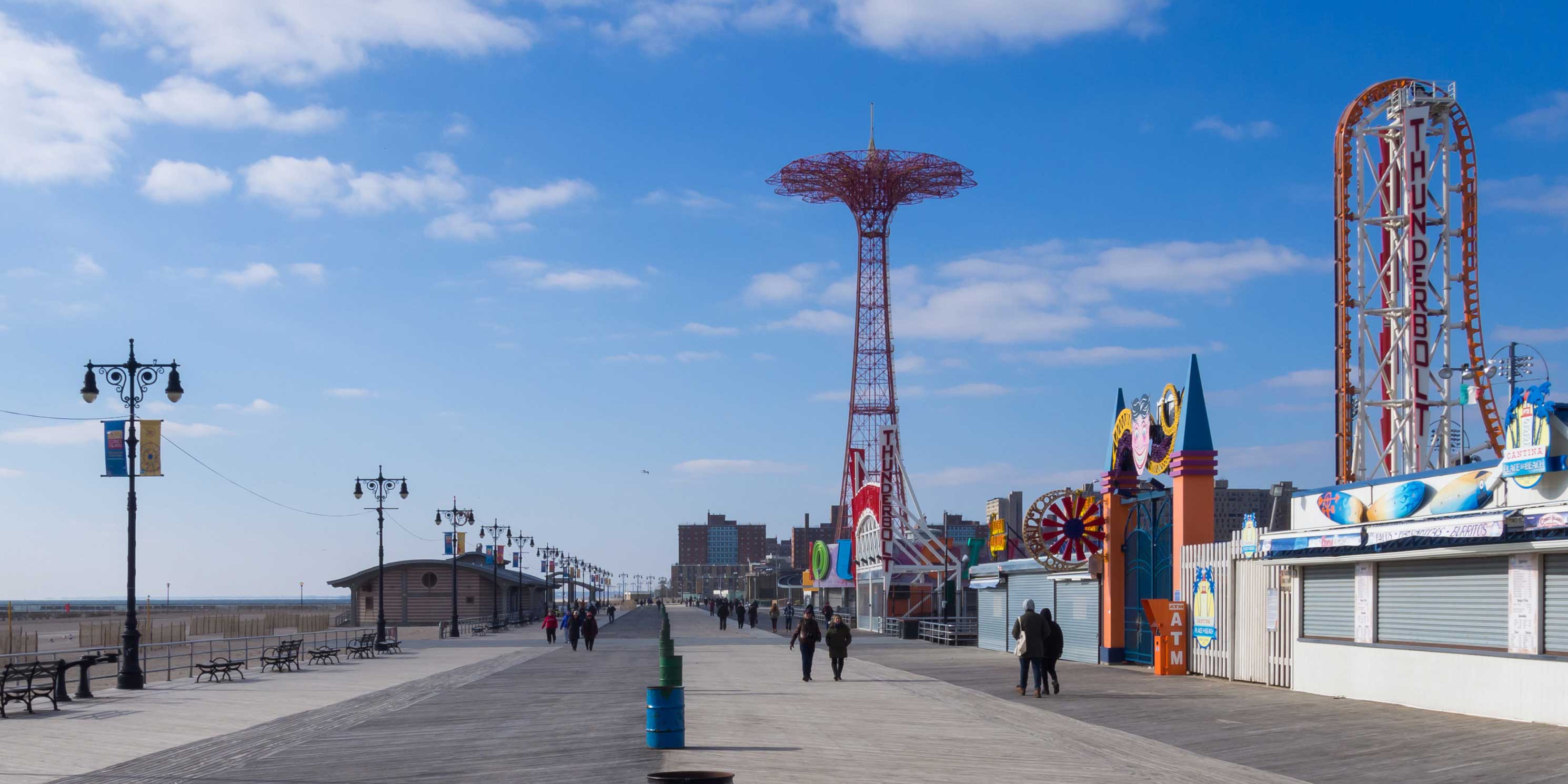