The Past and Post-COVID Future of New York

In his article, “The Return of Fear,” New York magazine Architecture and Classical Music Critic, Justin Davidson, examines how past crises have shaped New York City, using this history as a hopeful lens for pondering our city’s future through and beyond recovery. Join us for a virtual conversation hosted by the MAS Urbanists, with Justin Davidson and MAS President, Elizabeth Goldstein, where they will discuss our city’s past, our hopes beyond COVID-19, and how this experience has reaffirmed an appreciation for urban life, the public realm, and human connection.

There will be introductory remarks from members of the MAS Urbanist Leadership Council. To learn more about the Urbanists, MAS’s early to mid-career professionals membership group, click here.

Before tuning in to the program, we highly encourage attendees to read the below articles by Justin Davidson.

You must RSVP to receive the webinar link. 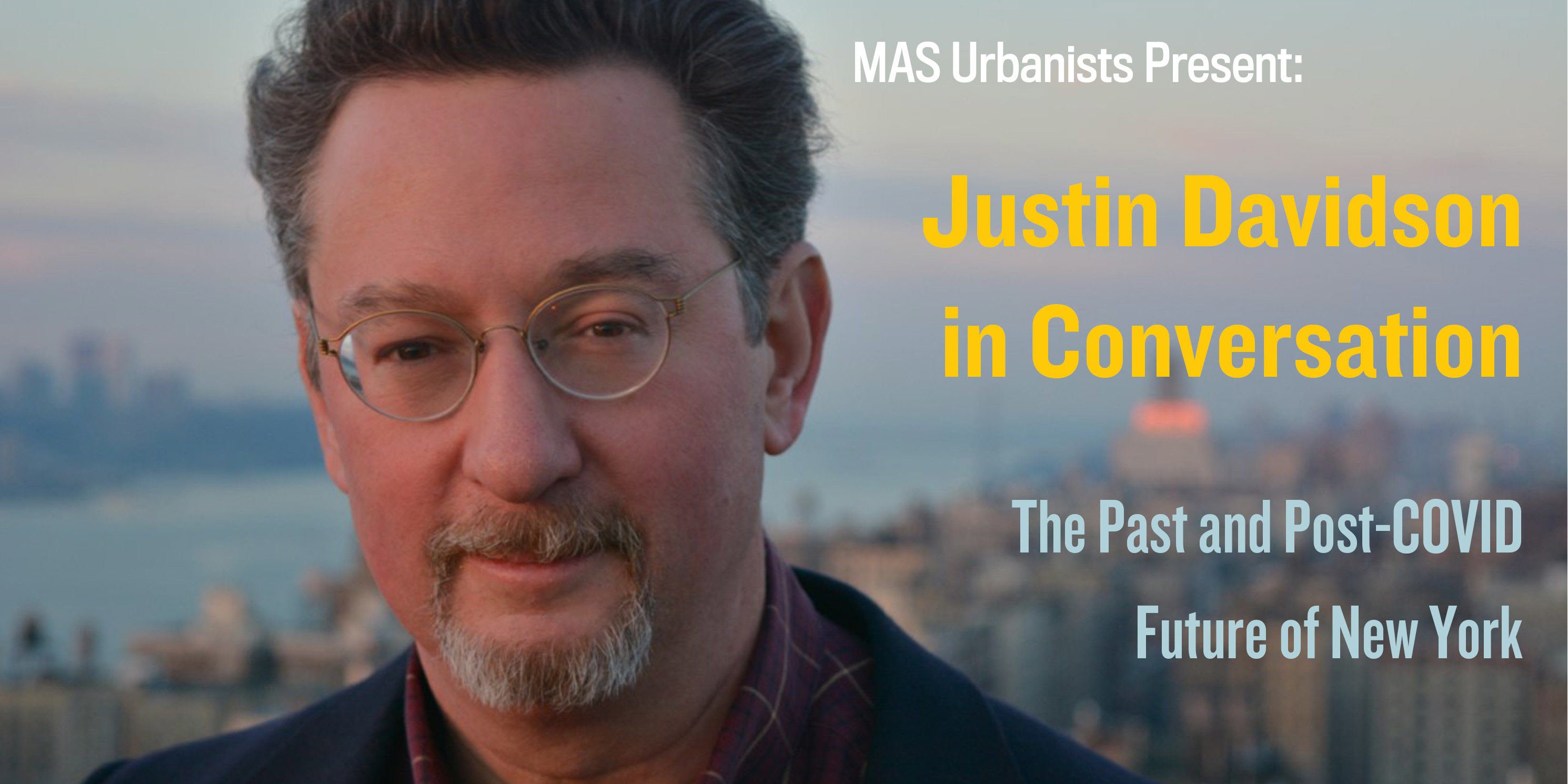 Justin Davidson
Architecture and Classical Music Critic, New York magazine
Justin Davidson has been New York magazine’s classical music and architecture critic since 2007. His book Magnetic City: A Walking Companion to New York, was published by Spiegel & Grau in April 2017. He was Newsday’s classical music critic from 1996-2007. In 2002, he won a Pulitzer Prize for criticism for his classical music coverage, and that year added the architecture beat to his portfolio at Newsday. He was again a finalist for a Pulitzer Prize for criticism in 2020.

Elizabeth Goldstein joined MAS as its President in 2017, with an extensive background in parks and historic preservation advocacy and management. Throughout her career, she has worked to insure transparent public engagement in civic decisions of consequence to public space and the heritage of key places nationwide and has worked in both governmental agencies and the non-profit sector.

Dominic is a Senior Policy Advisor to the International WELL Building Institute – a public-benefit corporation whose mission is to enhance human health through building, workplace, and community design. Using the WELL Building platform, he has been advancing relationships with real estate industry leaders, non-profits, NGOs, and government agencies worldwide. Dominic is focused on supporting IWBI’s COVID-19 taskforce and expanding healthy building practices to low-income communities globally.

Noam is a brand and communications strategist at Futerra, an environmental sustainability consultancy in New York. He is passionate about giving purpose driven organizations the tools and power to create a more sustainable and just world. Noam grew up in Minneapolis and became interested in architecture during the fight to save the original Guthrie Theatre, designed by Ralph Rapson. Since then, he’s been passionate about how places and spaces shape how we live and work.