In the winter of 1985 Brian Rose decided to explore the Meatpacking District with his 4×5 view camera. He ignored the hustle and bustle of the early morning hours when the meat market was in full swing, and he avoided the seamy side that took over at night. Instead, Rose spent several days wandering the streets during the day when the neighborhood stood empty, its urban anatomy starkly exposed. Rose processed the film, but never printed the images. 30 years later he opened an unmarked yellow Kodak box, scanned the film, and was stunned to discover a portrait of New York lost in the past, yet timeless. At the urging of many, he decided to re-photograph the Meatpacking District, repeating the 1985 views and making a number of new ones. The result is Metamorphosis: Meatpacking District 1985 + 2013, a book that tells the story of almost unprecedented urban transformation, from wasteland to epicenter of art and fashion. We are delighted to present these images as a virtual tour. 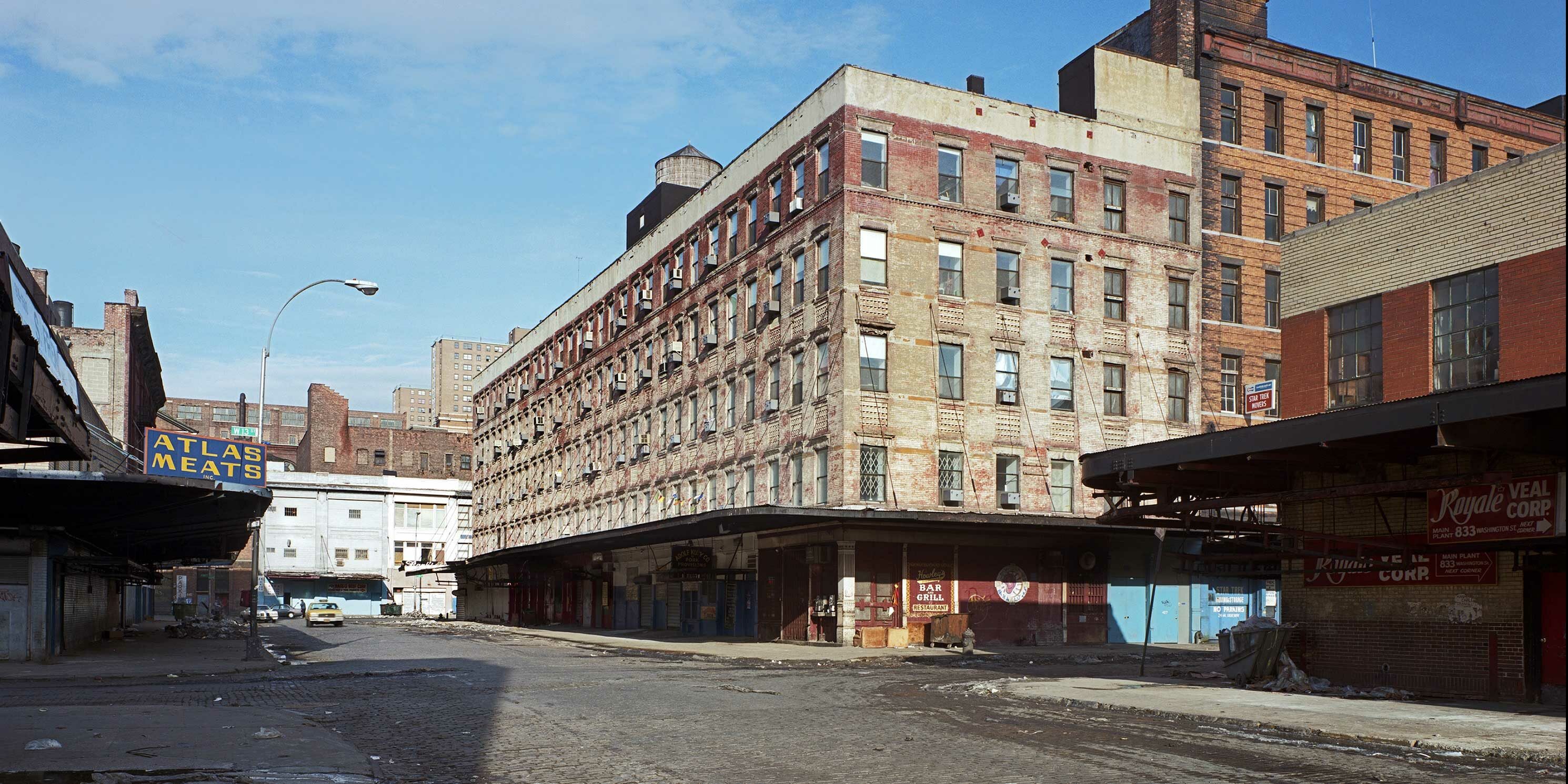