Before the creation of New York’s beloved Bryant Park, this area behind the New York Public Library(then occupied by a monumental water reservoir,) was the site of the first American international exhibition. Inspired by an earlier exhibition in London, New York, in 1853, built its own Crystal Palace and with its display of the latest discoveries and creations in the fields of arts and sciences, not only impressedthe world, but also put the US on the map as a true competitor. Samuel Otis showed his elevator here, David Alter presented new methods of manufacturing and purifying bromine, important for the iron industry, the newest Daguerreotype cameras, microscopic and Fresnel lenses were shown, but also the arts were well represented, including Tiffany’s showroom as well as a picture gallery. Next to the main building NY’s first observatory attracted many visitors and after the exhibition the spaces were used for performances by PT Barnum. Tragically a fire destroyed all buildings in 1856, but the city was forever changed! 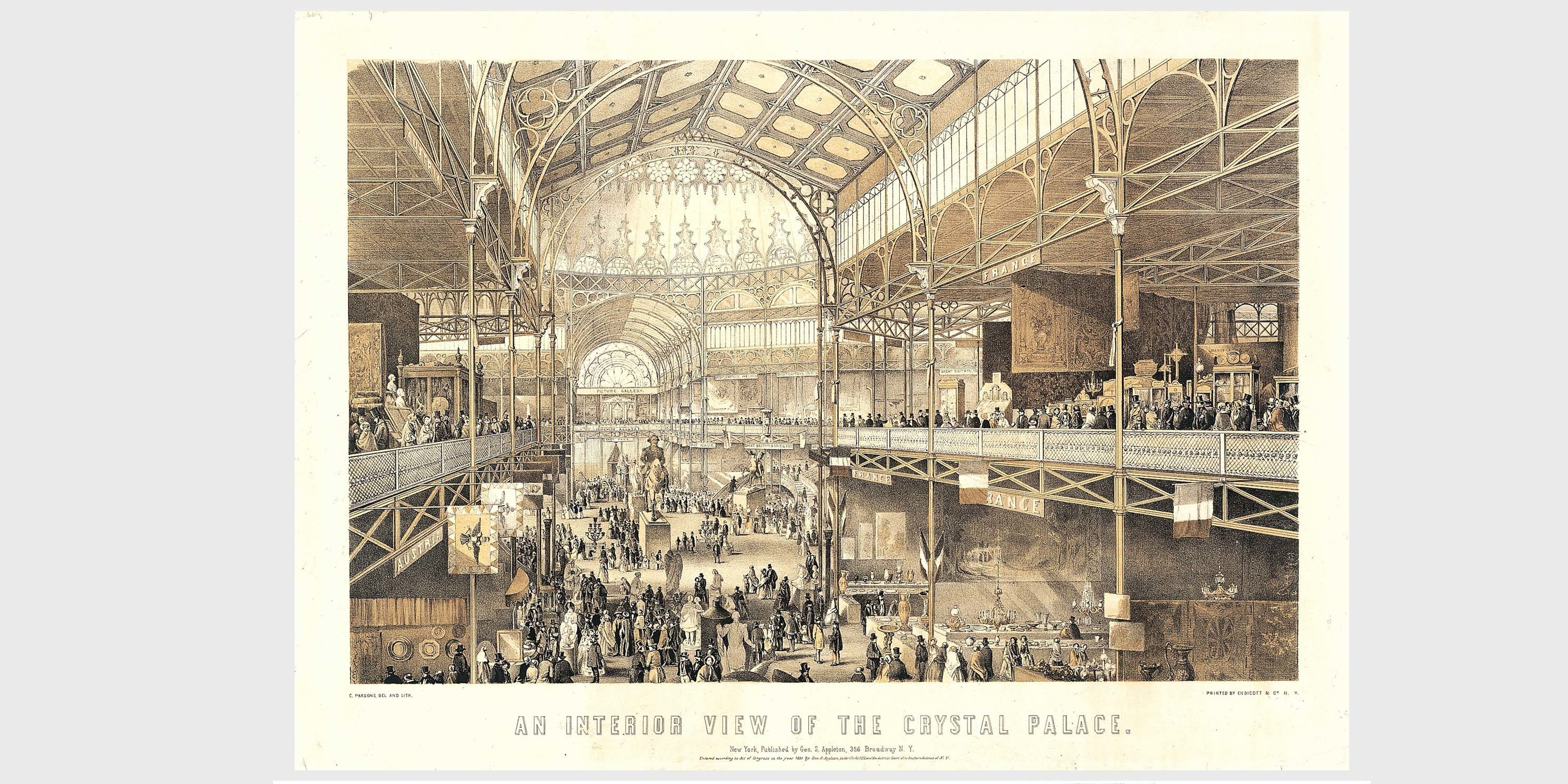