Join urban planner/ cultural historian Laurence Frommer on this exploration of New York’s once legendary French Quarter of old. By the end of the 19th century, the French colony to the south of Washington Square had largely relocated to Chelsea above West 23rd Street. With a much more established presence this community now had several professional groups representing French chefs, waiters, and musicians as well as charities and other institutions. Numerous popular French restaurants flourished in the area including the legendary Mouquin at 28th Street and 6th Avenue. Vestiges of this community remain “hidden in plain sight.” The Church of St. Vincent de Paul on West 23rd Street (Edith Piaf was married here) offered daily masses in French until its recent closing and the area’s French Evangelical Protestant Church is still in operation. The building that housed the French Hospital on West 30th Street survives today as the French Apartments, and the still operating Jeanne D’Arc Home for young women on 24th Street are reminders of the vibrant French community that once held sway in the area. 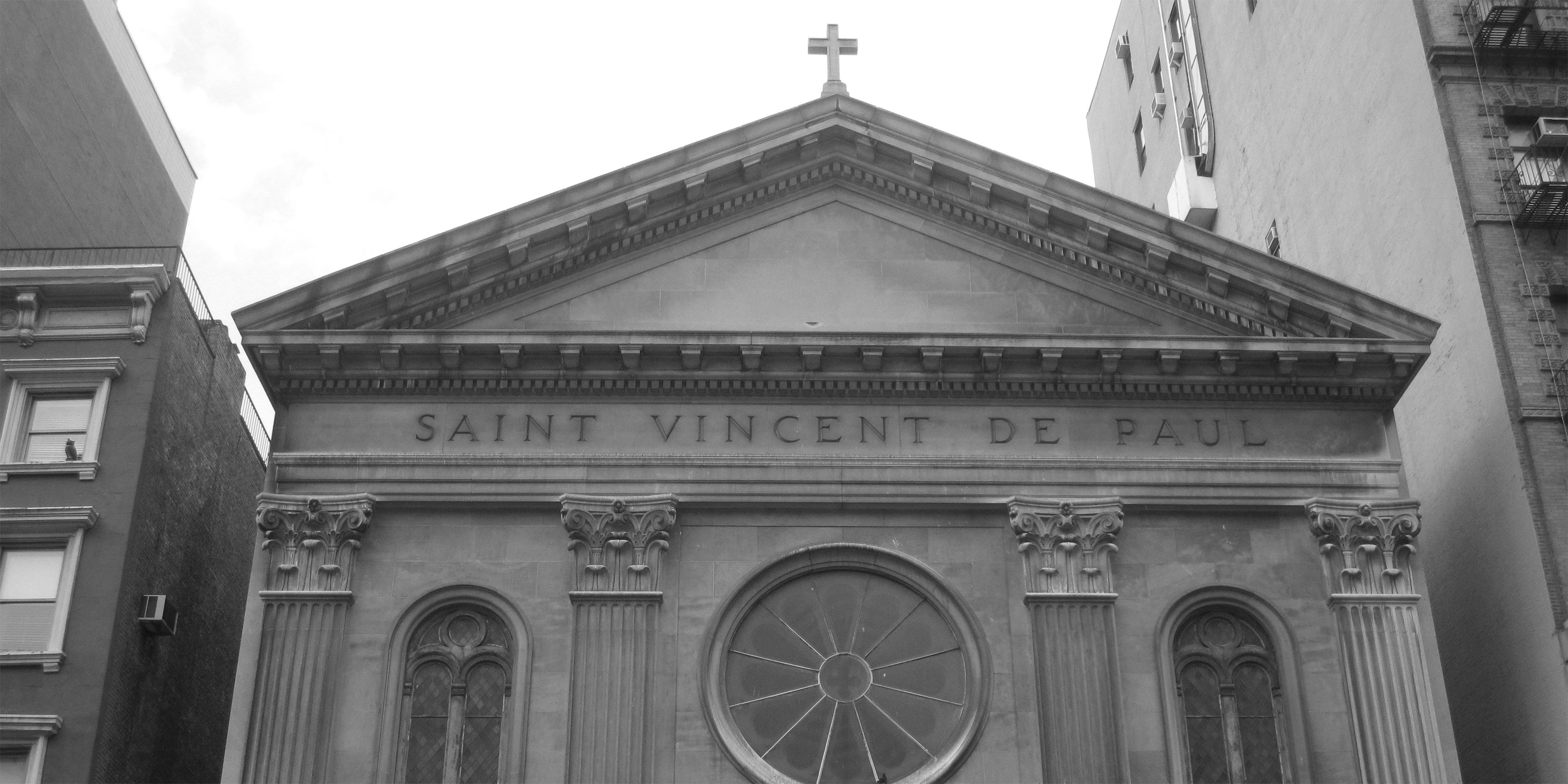