If you’ve ever been bombarded by architectural terminology on a walking tour, or read unfamiliar style names in a real estate ad, this virtual two-part tour is for you. It’s a history of 19th and early 20th century row house architecture, specifically in Brooklyn. Narrow urban lot sizes dictated the need for adjoining row houses with party walls. As the century progressed, wood-framed houses gave way to brick, then brownstone and other types of stone facings. Advances in technology and mass production led to new styles and features. Over the years, a distinct architectural vocabulary emerged, mirroring the nation’s general architectural trends. In Part 1 we’ll be defining and dating the major styles that took place between the early 1800s and about 1880. Our tour will feature the architecture of many neighborhoods. By the end you will be able to answer the question, “What the heck is Neo-Grec?” 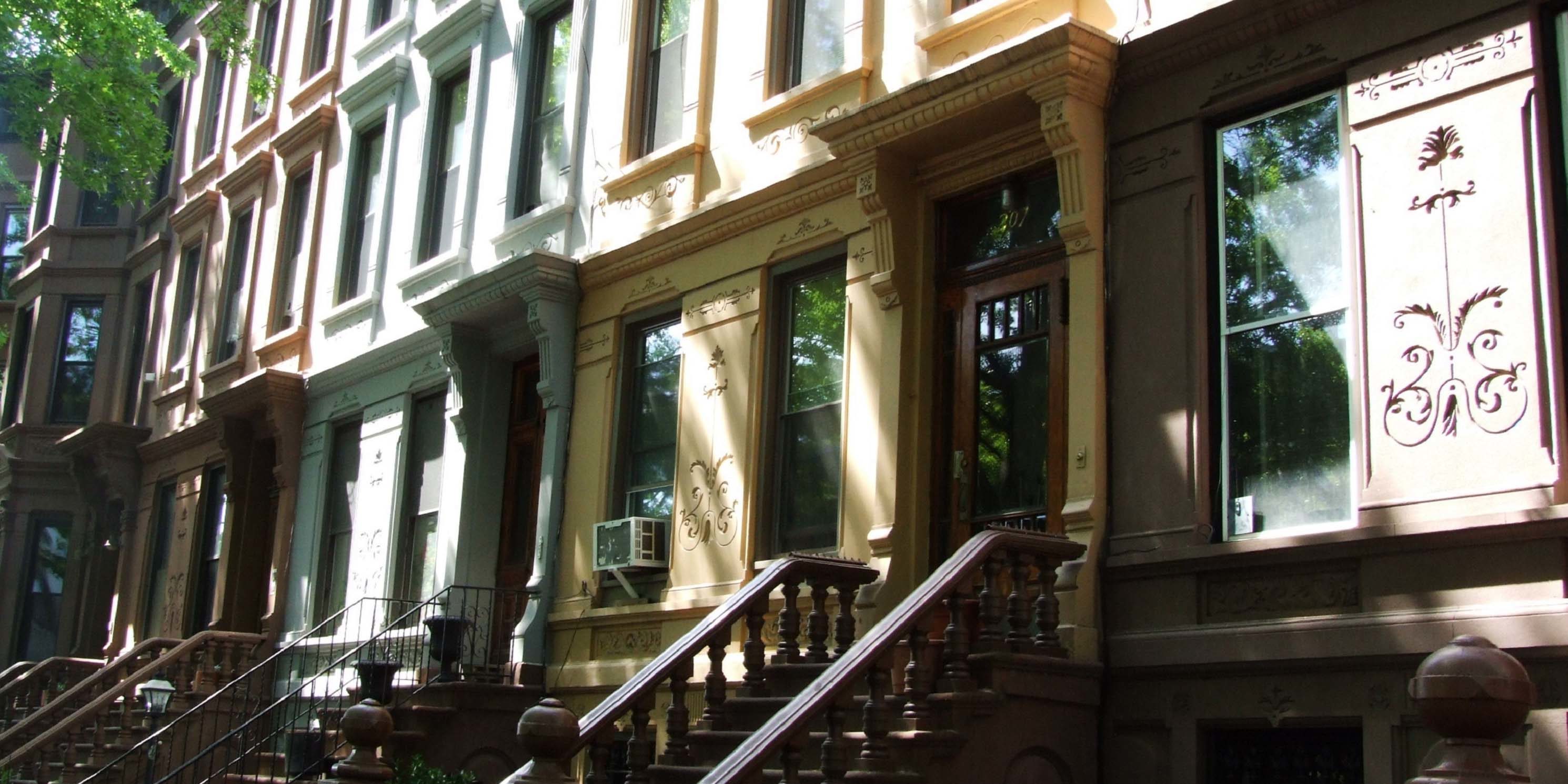