The first-ever MAS walking tour was on April 8, 1956, co-led by Henry Hope Reed and E. Powis Jones. There had never been anything like it. Newspapers sent reporters to cover it, and neighborhood residents went to the sidewalks to greet the tourgoers, even in the pouring rain. The tour covered Madison Square and Gramercy Park. This year we commemorate the 64th anniversary of the First Tour by covering the same ground. How have these places changed since 1956? How are they the same? What were people’s concerns about these places in 1956? Or 1976? This is also a walking tour about walking tours, and what they have meant to New York. Onetime Landmarks Preservation Commission chairman Harmon Goldstone said “when the Landmarks Law was proposed in the early 1960s, it passed unanimously in the City Council, because people were aware and enthusiastic about preservation, largely thanks to Henry’s” walking tours. 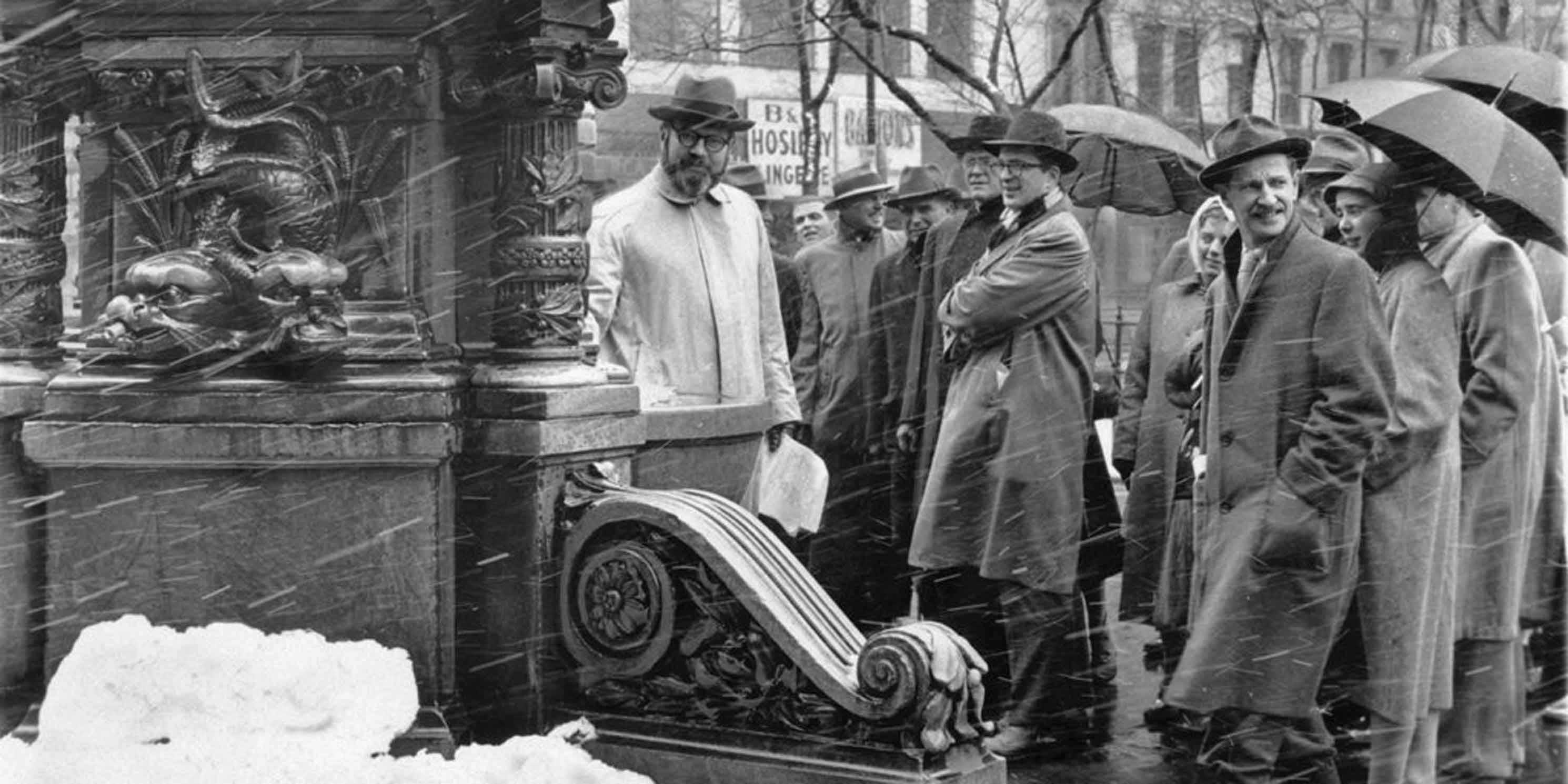