The Representation of African American Culture in NYC’s Public Art

African-Americans have been part of New York since the days of New Amsterdam, but their relationship to the dominant Western society is complex and difficult. Public art throughout the city reflects the changing dynamics: a marker for the original slave market has only been set up recently; the African Burial Ground had been built over and neglected until its discovery in the 1990s and now is graced with a very impressive memorial. Several 19th century sculptures include often controversial representations of African Americans, but it’s only in recent times that we are catching up on filling in the historical gaps and honoring people like Sojourner Truth, Harriet Tubman, and Frederick Douglass. Increasingly more black artists have recently been commissioned to create public art works for NYC – performative, temporary as well as permanent. Artists include Pope L., Martin Puryear, Kara Walker, Hank Willis Thomas, Nari Ward, Simone Leigh and many others. 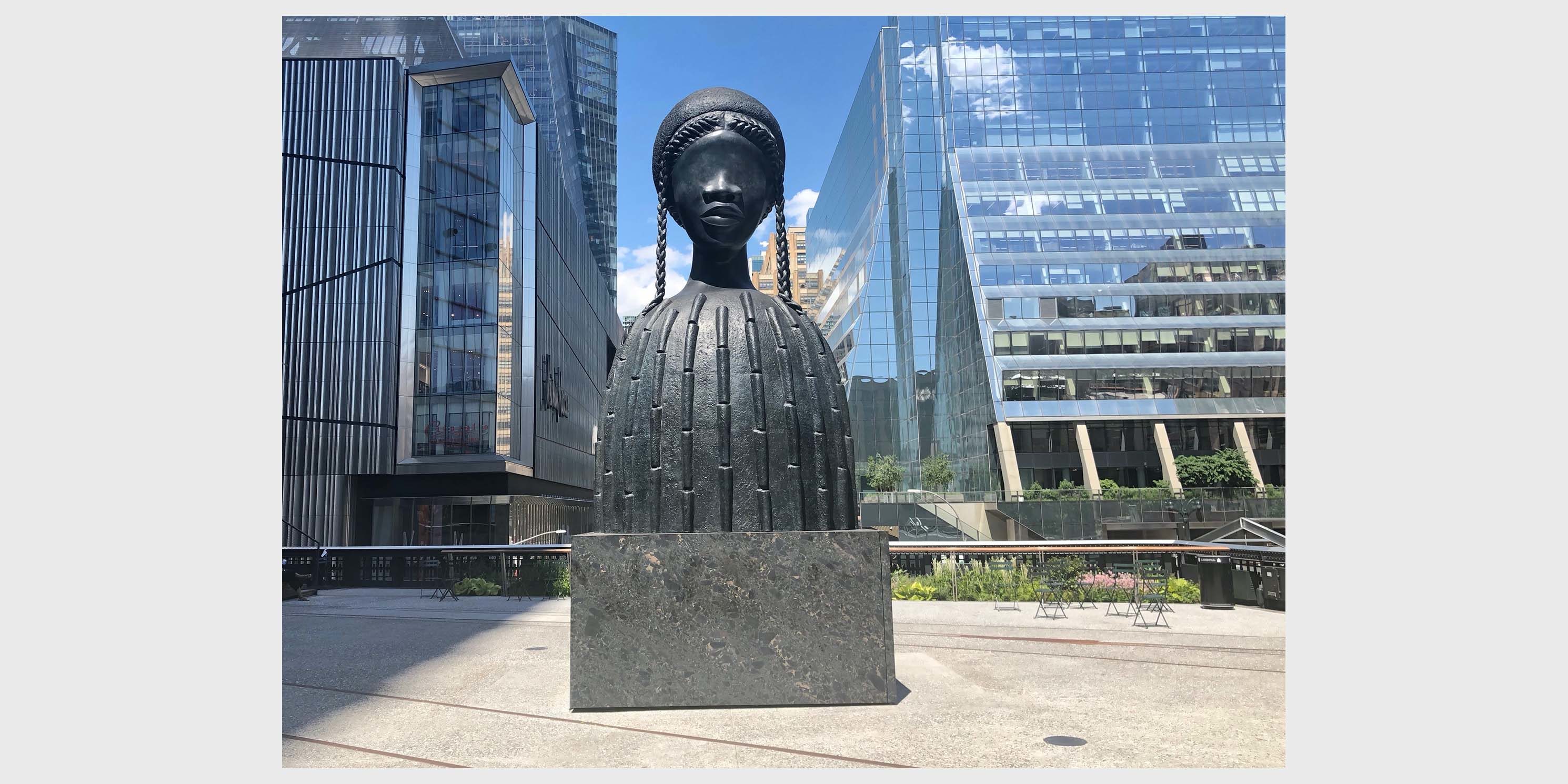