The work of contemporary artist PopeL. is currently on exhibit at MoMA as well as the Whitney Museum, and his performances have been scheduled in the city streets. His Tompkins Square Crawl of 1991 was one of his first major works and a significant art event in New York. At the time, the park was closed for renovation, with a clear attempt to end its reputation as a home for many of the city‘s vagrants. The park has long been associated with New York‘s more disadvantaged immigrant population, mostly its changing waves of immigrants: German, Irish, Eastern European, and Latino who used it for entertainment as well as demonstrations and revolts, most notably the Civil War Draft Riots. On our tour we will explore the traces of its history, including its public monuments, two of which have been restored by MAS. And who was Tompkins anyway?! 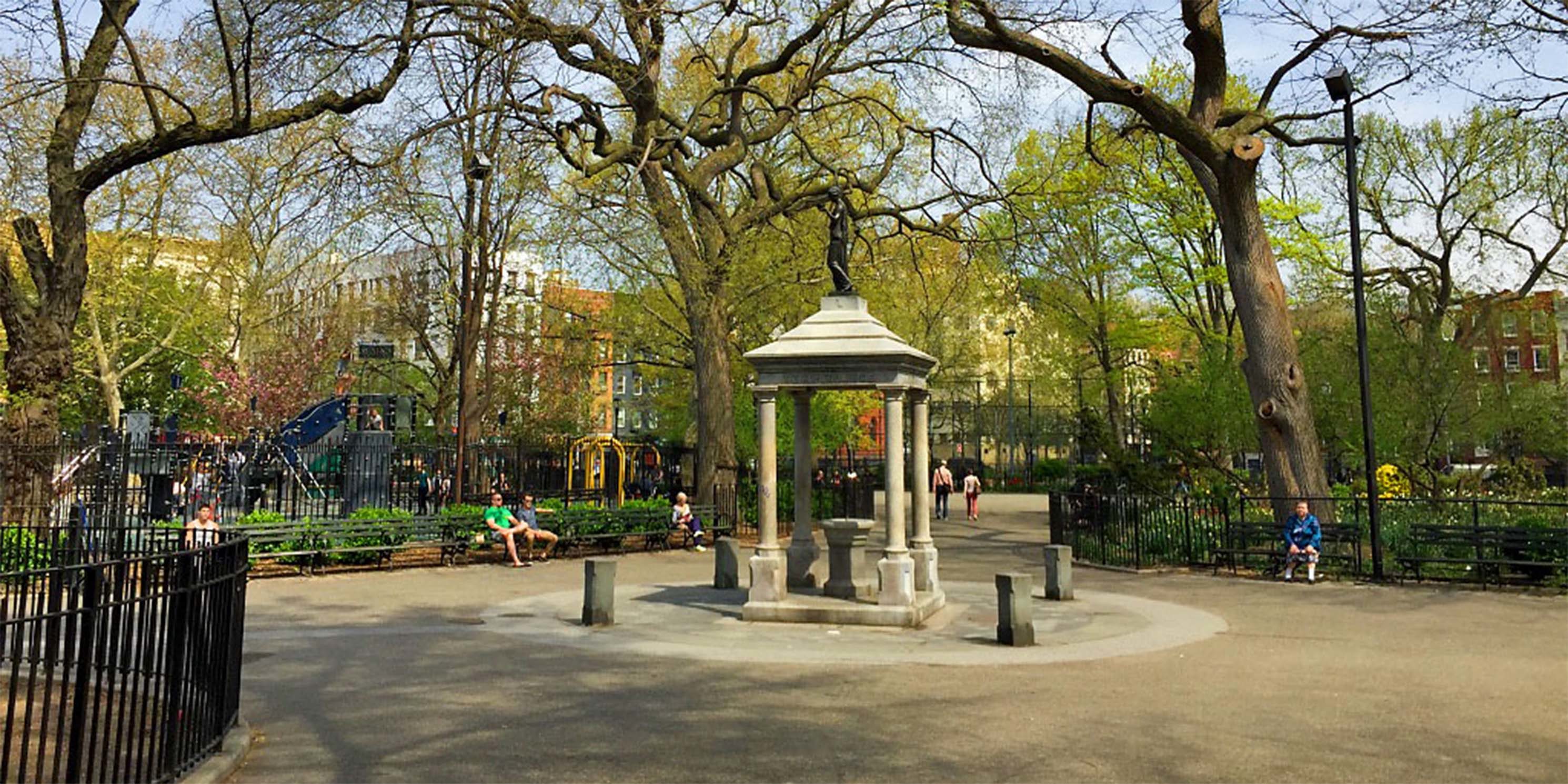