Likely no strip anywhere holds as much musical history as the blocks on and off Broadway in the lower Fifties. The Ed Sullivan Theater may have launched the Beatles Stateside, but it was built by the Hammerstein family and witnessed Cary Grant’s debut even before teenage Aretha arrived upstairs to record her demo tape. Indeed, this tour is a walking mixtape of genres where a single block passes the sites of Broadway’s first rock musical and most legendary jazz club as well as the setting for a Bob Dylan cover portrait. You’ll stand where Dylan’s producer electrified Simon and Garfunkel’s “The Sound of Silence,” relaunching their career, and see the theater where Woody Guthrie was introduced to Pete Seeger and Leadbelly. Bland and banal these facades may be, but the stories where the likes of Irving Berlin, Carole King, and Burt Bacharach composed or recorded are anything but. 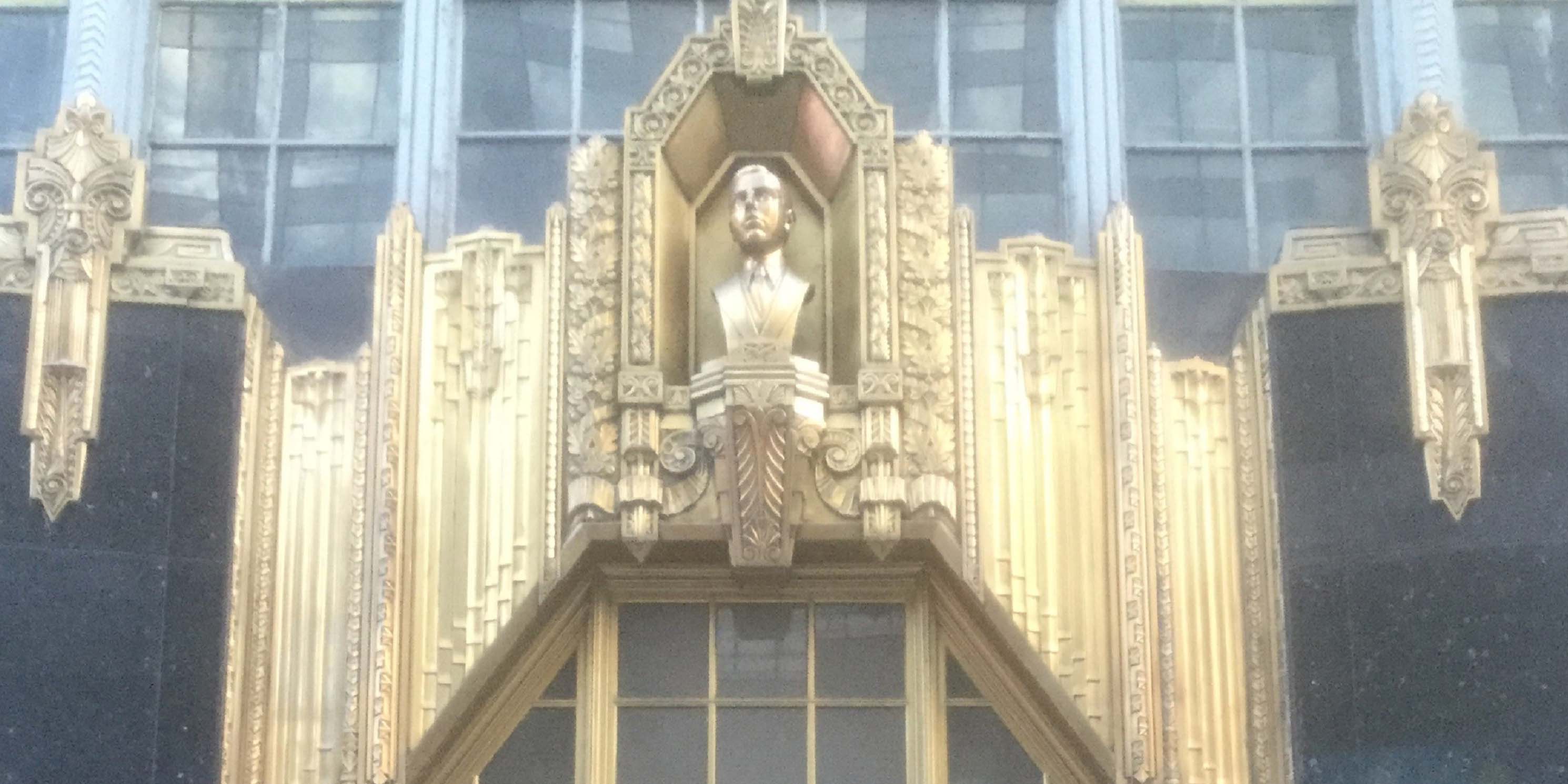 The Brill Building on Broadway. Photo: Rick Cohen for MAS.