The Municipal Art Society of New York believes the Residential Tower Mechanical Void Text Amendment (Text Amendment) to the City’s Zoning Resolution (ZR) proposed by the Department of City Planning (DCP) is a step in the right direction toward regulating excessive void space in residential buildings in high-density tower districts. However, the proposal does not go far enough to close zoning loopholes and comprehensively regulate mechanical and structural voids. We recommend modifications to the current proposal to broaden its physical and geographical scope and maximize its potential effectiveness. 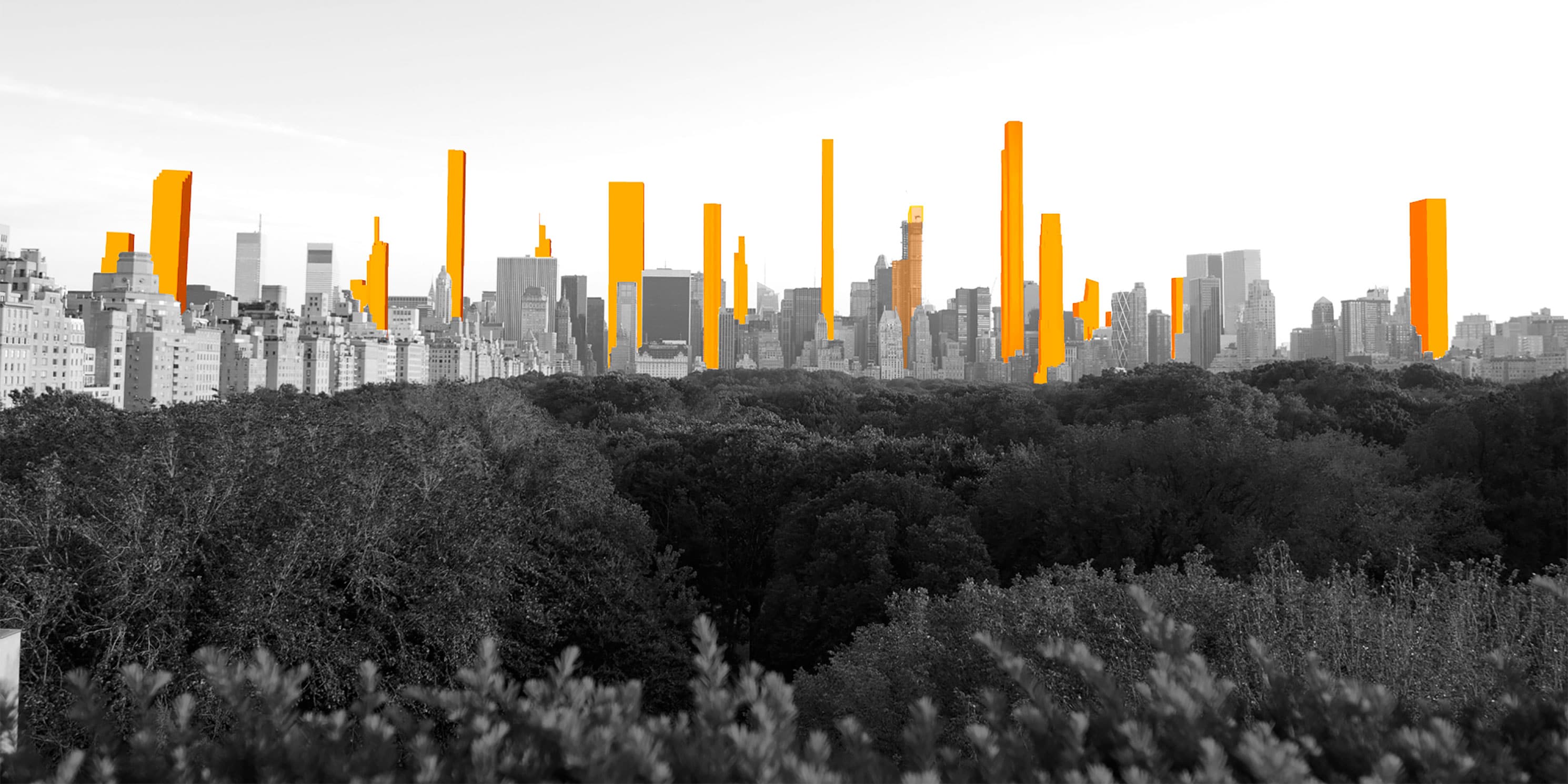 In 2017, MAS released an update to its Accidental Skyline report, which examined the proliferation of supertalls throughout the city and the mechanisms developers use to build them. The report recommended that the City amend the ZR to regulate mechanical and structural voids to close the loopholes that contribute to excessively tall, out-of-scale buildings. The report points out that developers flout zoning regulations by inserting oversized voids disguised as accessory mechanical space that is not counted as floor area and not included in zoning calculations. As is often the case, these empty spaces boost occupiable height, giving residents impressive views and increased property values.

In some cases mechanical and structural voids have added 100 or more feet to the overall height of buildings. The most egregious example is the 161-foot mechanical void proposed for the 775-foot skyscraper at 50 West 66th Street by Extell Development. The void would be 20 percent of the building’s height. The 510-foot-tall skyscraper at 249 East 62nd Street, designed by Rafael Viñoly (also the architect for the supertall at 432 Park Avenue), uses stilts to increase building height. As proposed, the top 12 floors of the 32-story building will sit atop a 150-foot stilted pedestal that would not be counted as floor area under zoning.

MAS would support the Text Amendment proposal if the following recommendations were included:

We appreciate the effort the City has made to amend the ZR to regulate mechanical voids. It is a good first step in a much larger discussion involving decision-makers, the public, and stakeholders to arrive at realistic solutions ensuring that the Text Amendment is truly effective.