“We applaud Governor Hochul and Mayor Adams for announcing this bold plan to reimagine New York City’s public realm. We are thrilled that the plan includes a new Director of the Public Realm within City Hall, a position that is critical to ensuring this vision becomes reality.

The pandemic spurred innovation in how we use city streets and other public spaces and highlighted how crucial these places are to leading healthy lives and spurring economic growth. For too long, as Governor Hochul pointed out this morning, institutional barriers have prevented us from making progress in how we develop those spaces in an equitable way.

A Director of the Public Realm, who guides the collaboration of key agencies, is precisely the new approach that we need to break down those barriers. New Yorkers are ready to see these changes in our public spaces. The Director of Public Realm is essential to making sure this reimagining is swift, efficient, comprehensive, and equitable.

The Municipal Art Society has been a leader in the public discussion on this topic with two reports, “A Champion for the Public Realm” and “Blueprint for Public Realm Leadership,” which outline how a Director of the Public Realm would improve public health outcomes, spur economic growth, and promote government efficiency in New York City.” 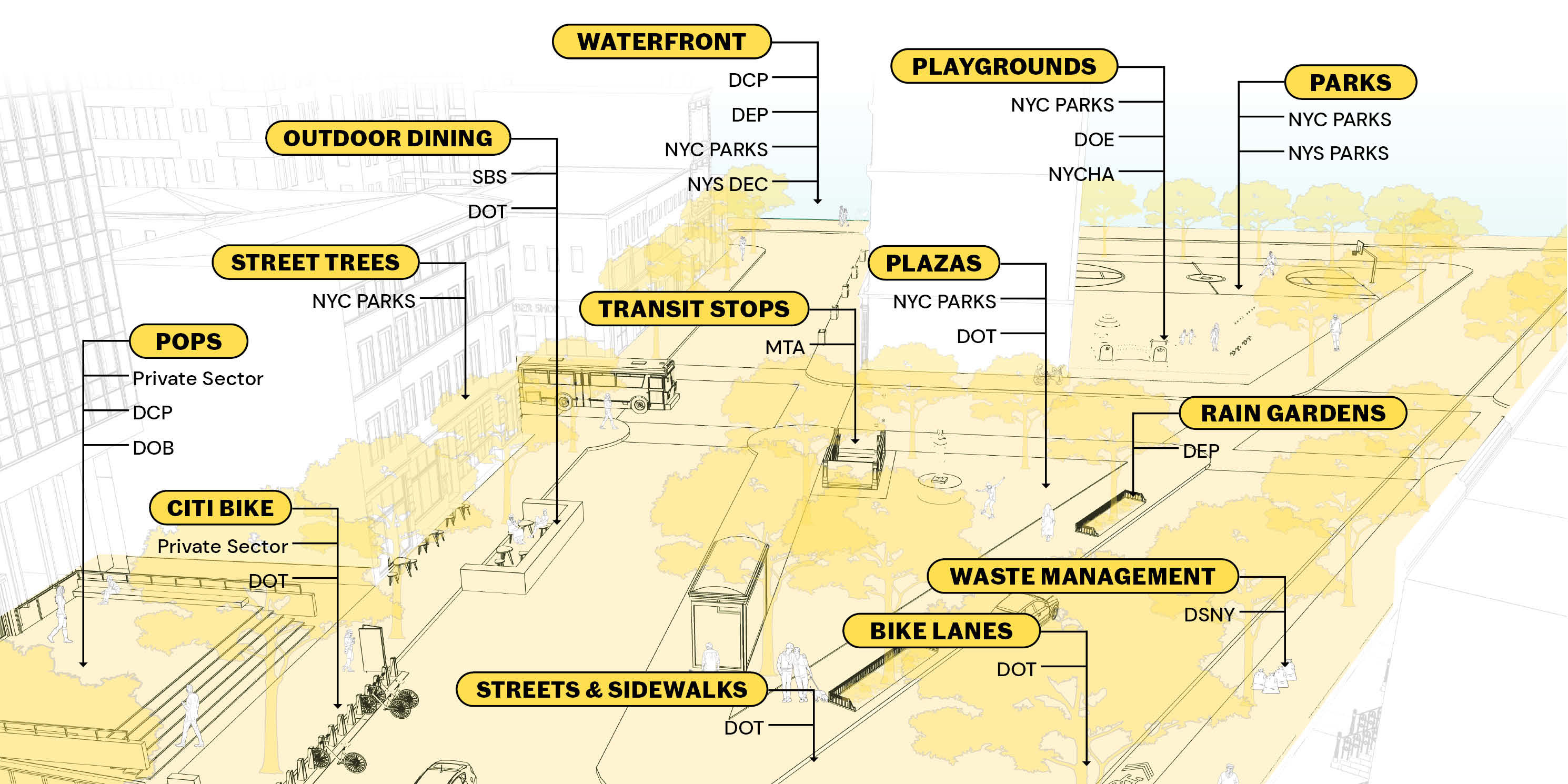 The jumble of key agencies and entities that oversee elements of the public realm. Rendering: MAS.