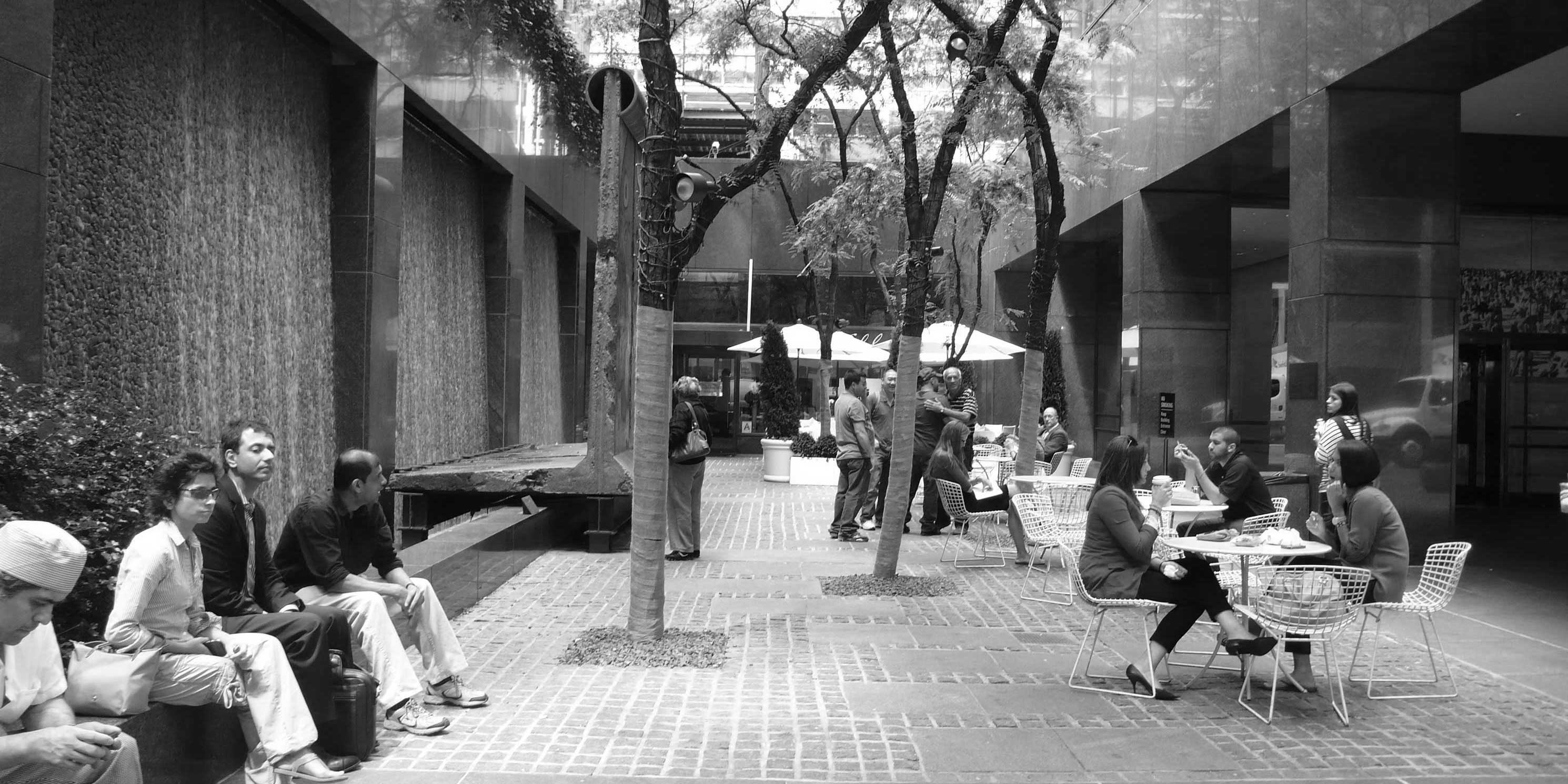 MAS has been actively involved with the rezoning of East Midtown and POPS advocacy for many years. MAS was a member of the East Midtown Steering Committee. We maintain the Advocates for Privately Owned Public Space (APOPS) website, which is the most comprehensive online resource for information on all 500-plus POPS, and we published the foremost book on POPS, Privately Owned Public Space: The New York Experience (2000), written by Jerold S. Kayden. MAS also co-owns the official POPS database with Mr. Kayden and the Department of City Planning.

One of the city’s densest areas, East Midtown sees 600,000 people each day. Yet the neighborhood is grossly underserved by open space, with a mere third of the City benchmark for open space based on the number of residents and workers.1 Meanwhile, the 99 POPS in the area account for half of the 39 acres of open space in East Midtown. Demand for open space will undoubtedly become more urgent with the introduction of 28,000 workers under the rezoning proposal.

MAS believes that the City needs to examine existing and future POPS as valuable elements of the urban landscape. POPS provide a respite for area workers and visitors. They also offer opportunities to improve and activate the public realm and reduce potential public health risks, such as urban heat island effect. However, we find that POPS have been largely ignored in the East Midtown rezoning Public Realm Improvement Plan.

With current and future conditions in mind, MAS has the following recommendations for improving POPS in East Midtown:

Process and Incentives for Renewing POPS

Again, thank you for giving us the opportunity to provide recommendation for improving POPS in East Midtown. While the ones mentioned here are by no means exhaustive, we urge the City to take them under careful consideration to address the identified deficiencies in the Public Realm Improvement Plan under the Greater East Midtown proposal. We look forward to a continued dialogue on these critical issues.