People & Places: Portraits of a City – The Municipal Art Society of New York
Skip to content

The Municipal Art Society of New York (MAS) is delighted to introduce the latest exhibition in the Doris C. and Alan J. Freedman Gallery: a collection of drawings by Chris Weller depicting scenes of New York City life in the first two decades of the 21st century. Weller’s portraits, both of individual New Yorkers and the city that surrounds, inspires, and responds to them, deftly capture the relationship between the built environment and the people who live in it. This exhibition is the first hand-drawn work featured in the Freedman Gallery.

When I moved to New York 22 years ago it didn’t feel like a big decision. I had been here to see friends many times and the city always felt like home. In Alberta and Michigan where I grew up, nature—the mountains and the Great Lakes—were my inspiration. In New York City, we have buildings and bridges and infrastructure, all equally grand and connecting us in a unique way. They sway and moan; they require upkeep. The city is dependent on us to keep nature from destroying it.

Humanity’s place within the natural world continues to influence my work; since I moved here, the city, its people and the resilient bits of nature that survive have become my inspiration.

This collection spans the years I have been in New York trying to capture the relationship between the city, nature and its people. The earlier drawings are about the unlikely beauty of urban decay and both the grandeur and fragility of humanity and the city itself. The drawings from the past two Covid years are about isolation and eventually hope.

These drawings are rooted in my relationship with my city, my muse, New York, and its unique ability to be at once wildly expressive and endlessly tolerant. Whatever the globally important issue, there is a piece of it being expressed, dealt with and, hopefully, even solved here.

Chris Weller (b. 1962, Canadian/American) was born in Calgary, Alberta and earned a BFA in painting from Western Michigan University. Chris is a New York City-based artist whose hyper realistic charcoal drawings represent both the well-known and underground icons of the city. Pulling away from the messy and smeary norms of charcoal, Chris redefines the medium in her clean sharp narratives. Her work has been described as “encapsulating awe and visual complexity” in an interview with Artist Daily.

Chris’s series of large drawings depicting seven of the major bridges around New York was featured in print issue #24 of Create! Magazine, curated by Christopher Jobson Of Colossal. She has been interviewed by Hyperallergic, Create!, and Western Michigan University as well as Artist Daily about her urban landscape drawings and her muse, New York City.

Chris is currently working on a series of portraits entitled, “The Locals”, which deals with questions of ownership, stewardship and belonging. 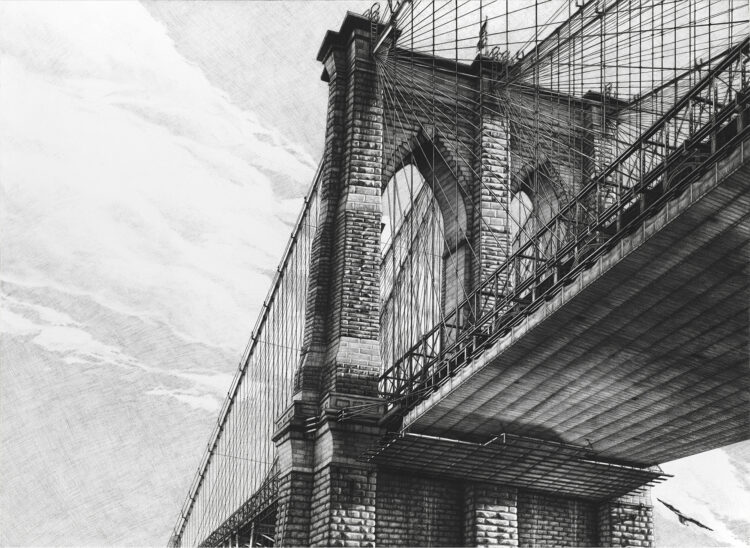 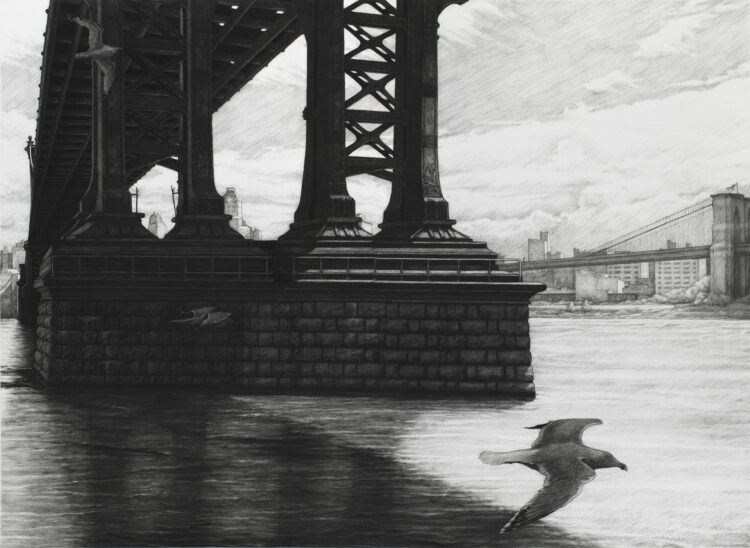 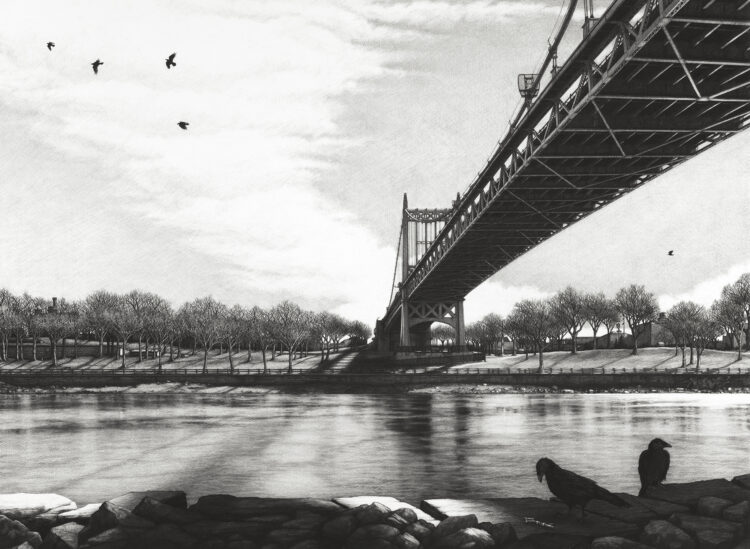 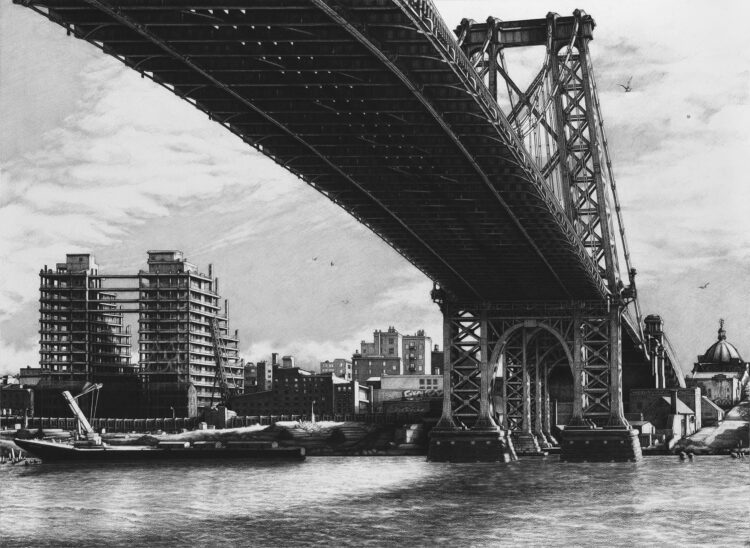 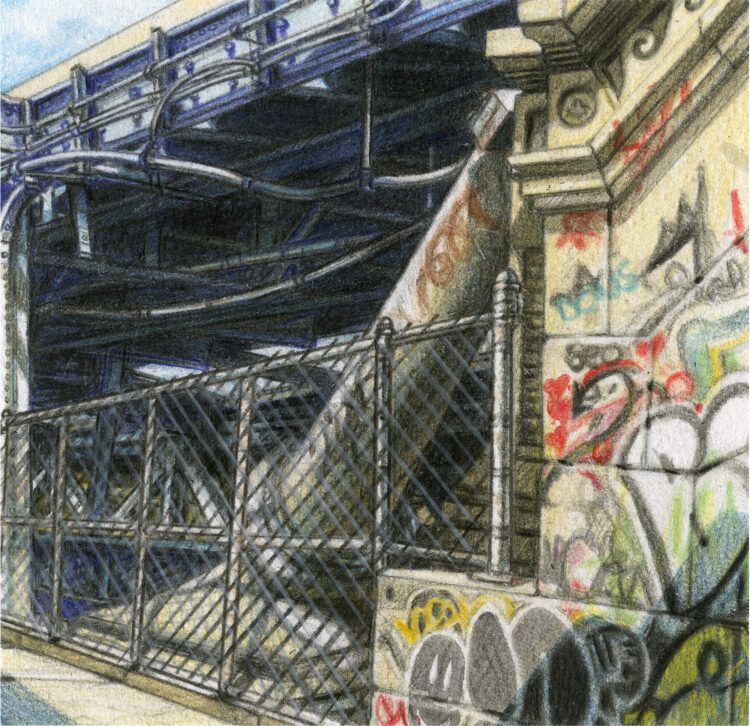 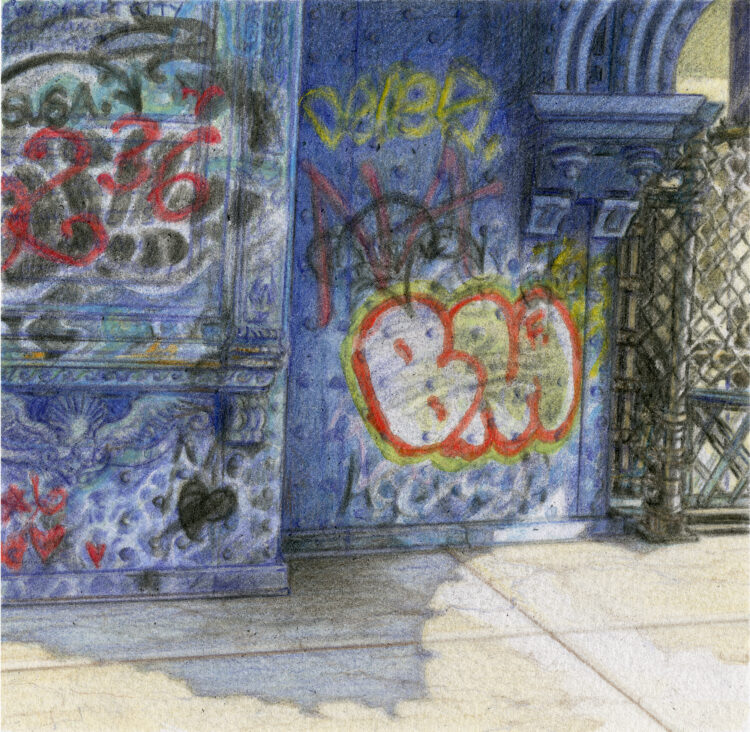 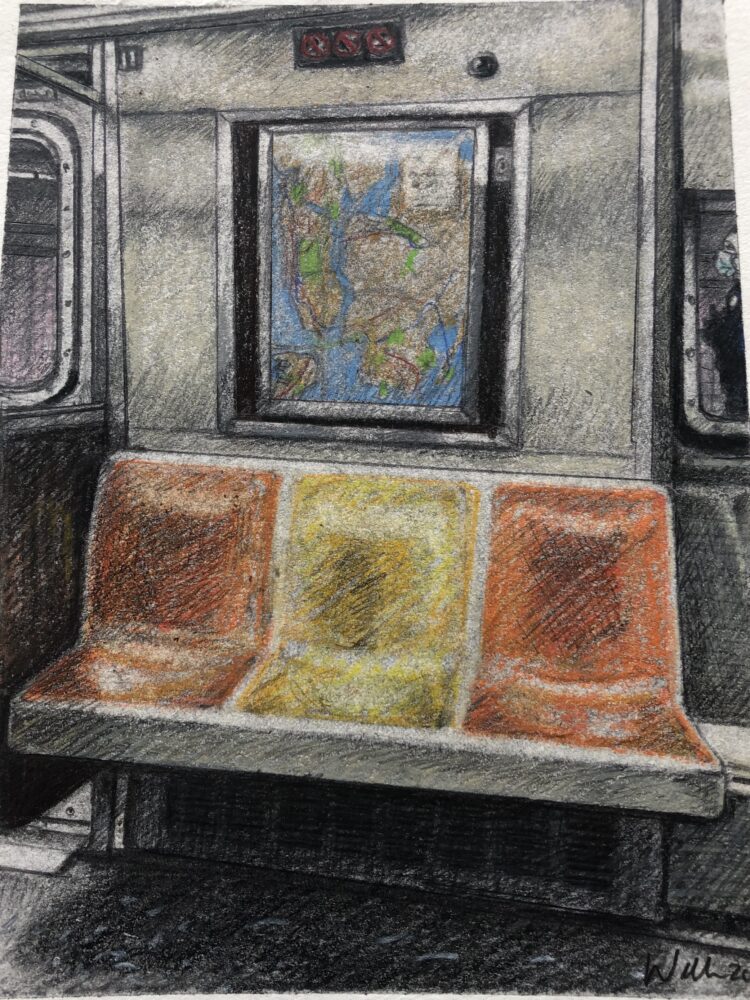 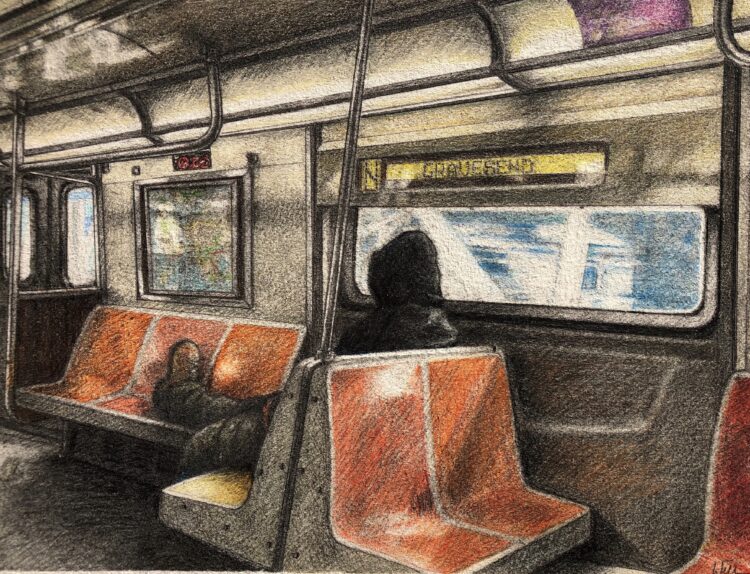 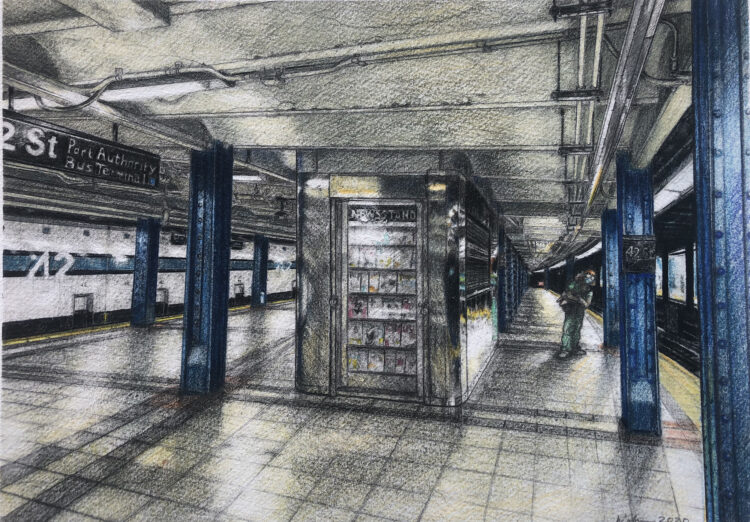 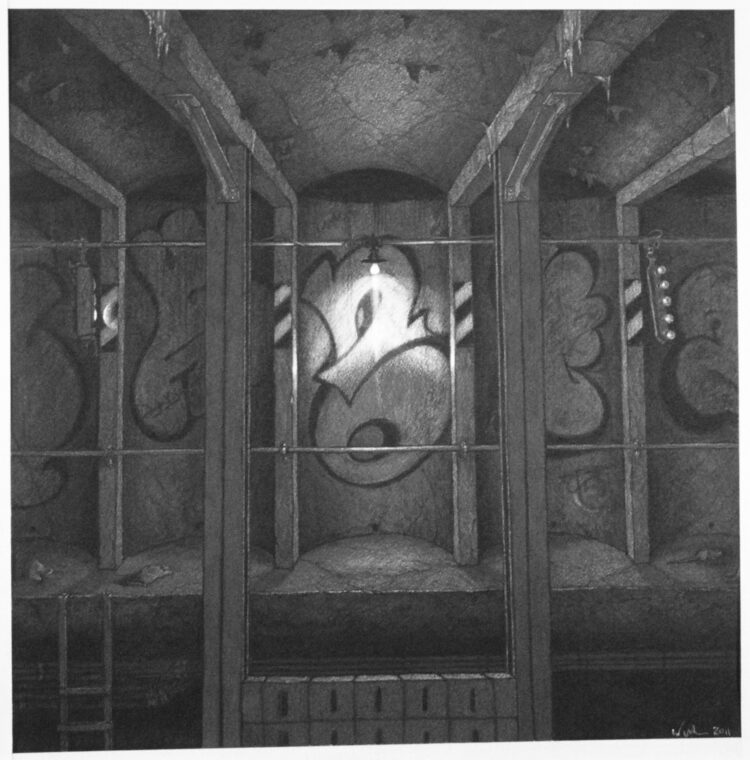 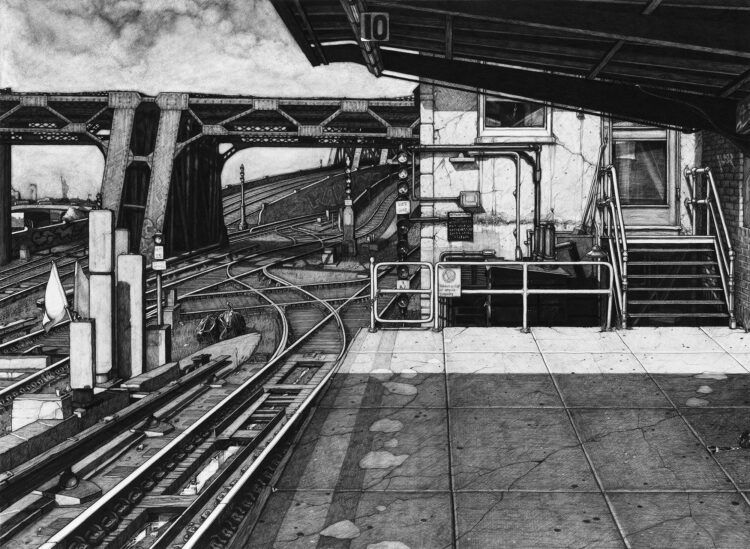 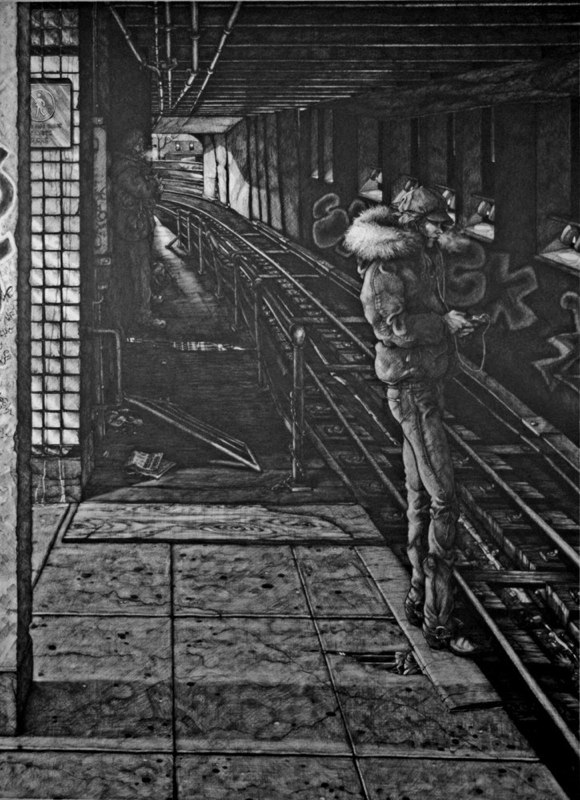 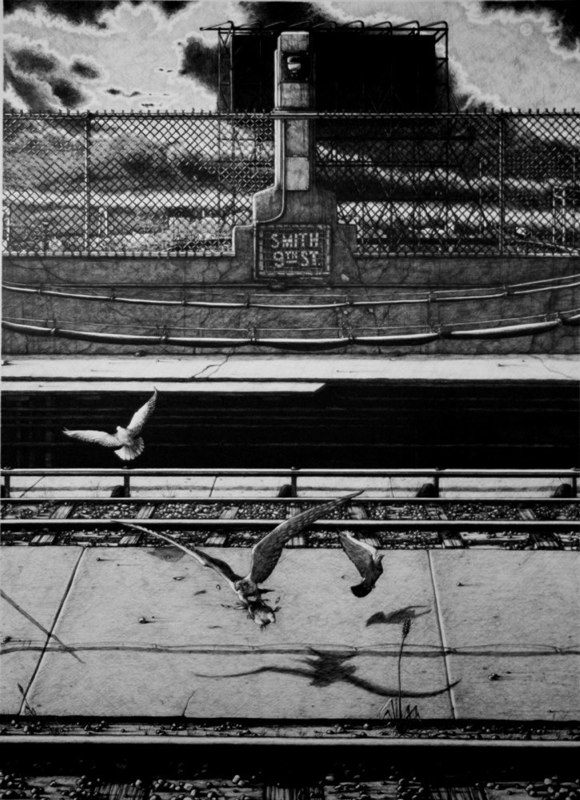 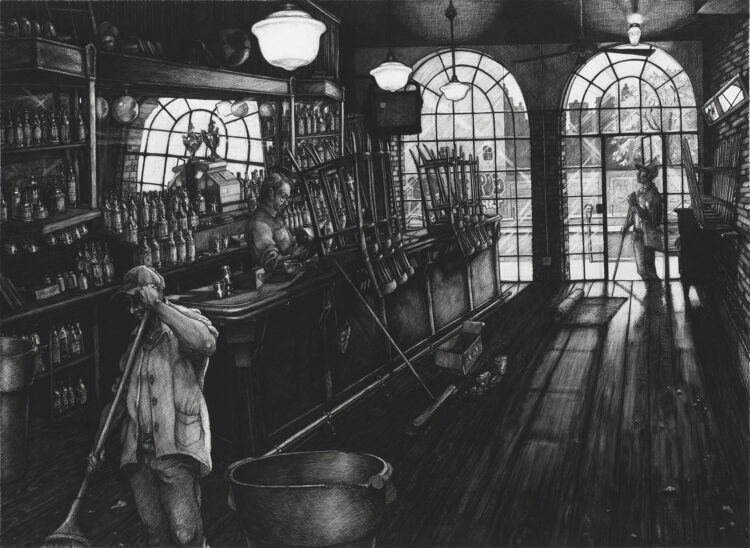 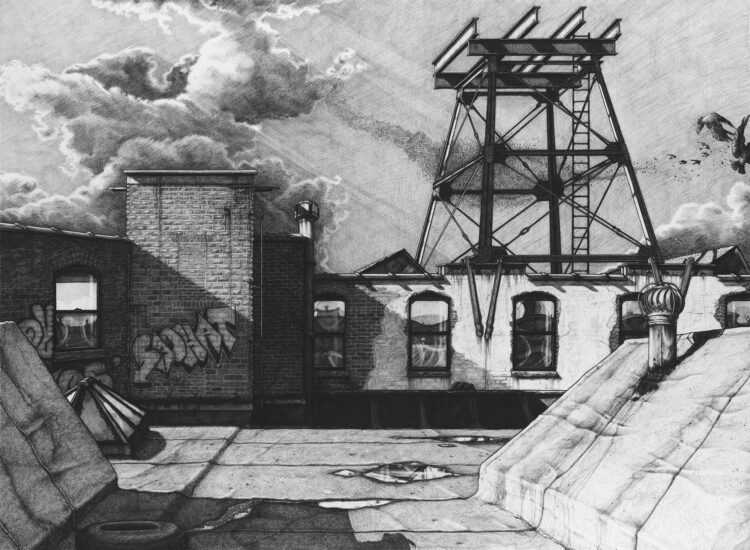 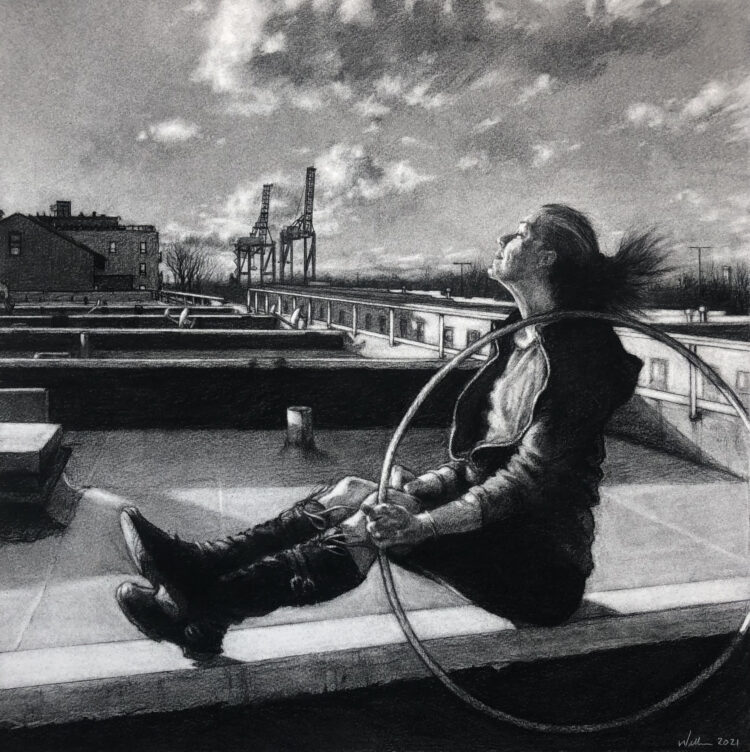 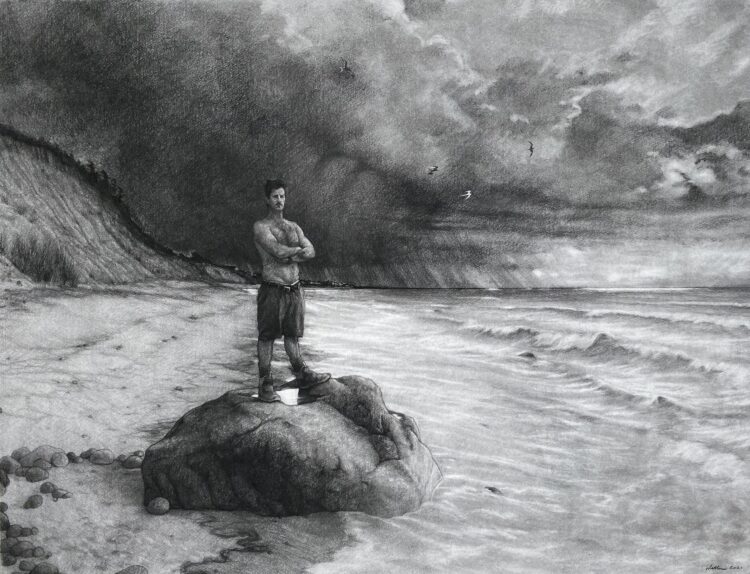 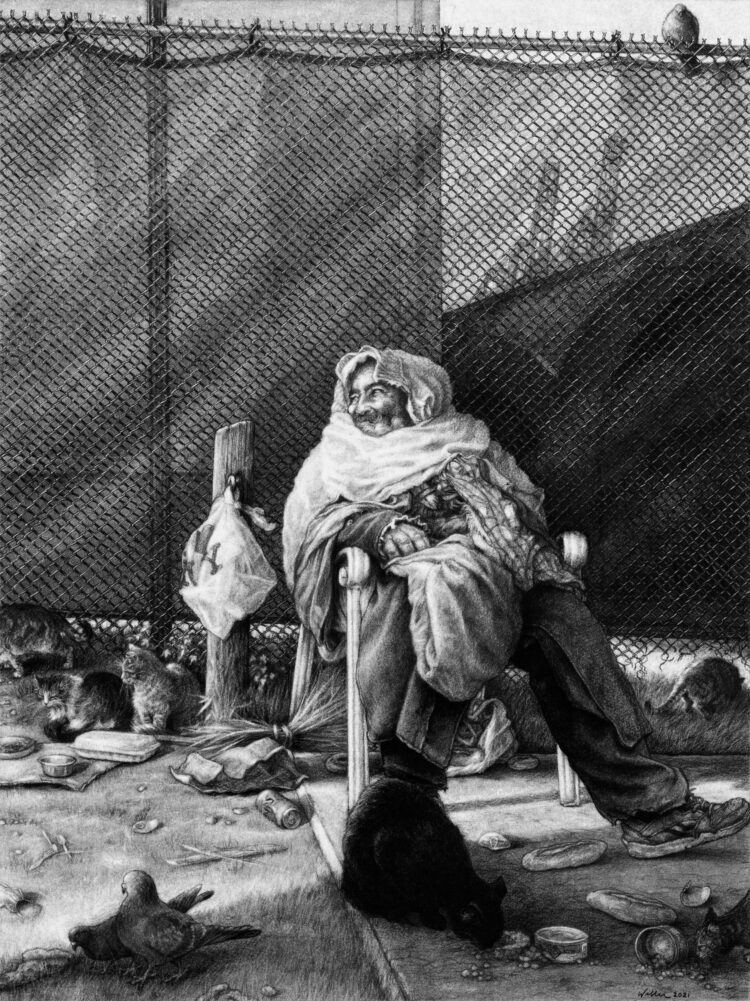 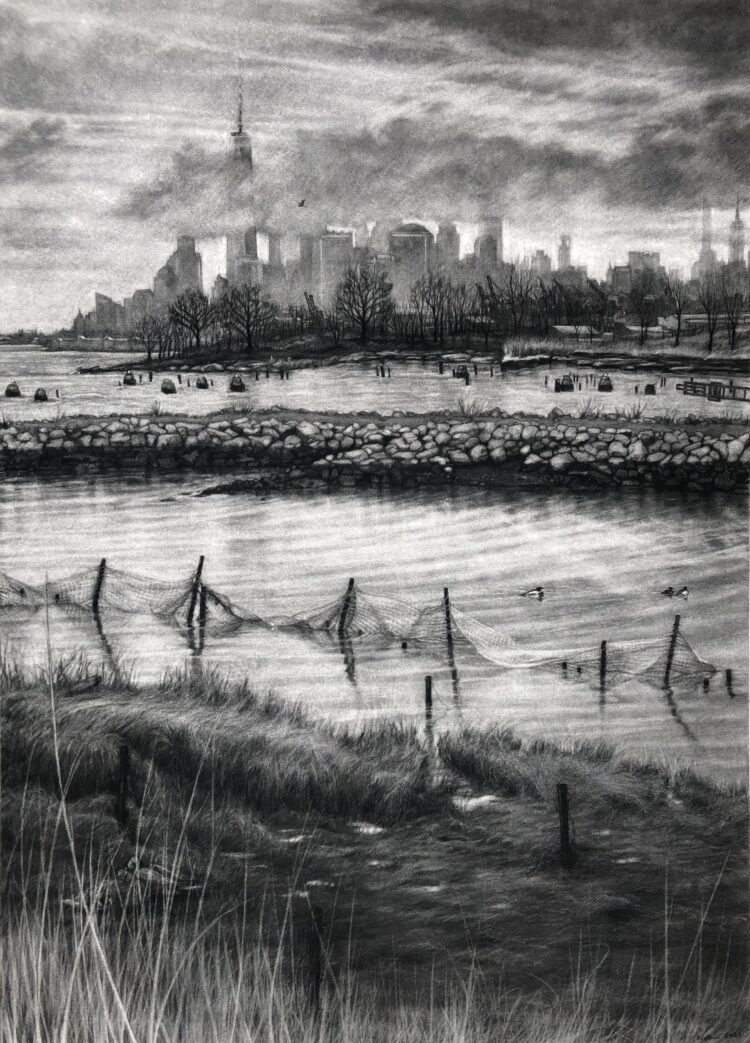