What are spaces of freedom, community, and expression? Do they form naturally, or can we create them? How can we designate, document, and defend these spaces now and in the future?

Join MAS on Thursday, August 18 at 12:00 PM ET as we explore these ideas with a virtual conversation about the People’s Beach at Jacob Riis Park. The People’s Beach has long been a beloved space for LGBTQ+ New Yorkers. A recently announced city plan threatens to knock down a long-abandoned medical center that helped cultivate this stretch of beach as a safe haven. What would that mean for the beach and its place as a protected sanctum for queer culture, queer history, and queer community?

The conversation will engage artists, historians, journalists, and activists in a discussion on the importance of the space, and how we can document, celebrate, and protect community spaces at Jacob Riis Park, and beyond.

To learn more about the medical center and local advocacy at Jacob Riis Beach, read recent coverage in The City.

There will be time for audience questions at the end of the program.

Read more about our panelists and speakers below.

Ceyenne Doroshaw, Founder and Executive Director, GLITS
Ceyenne Doroshow (pronounced Kai-Ann) is a compassionate powerhouse performer, activist, organizer, community-based researcher and public figure in the trans and sex worker rights’ movements. As the Founder and Executive Director of G.L.I.T.S., she works to provide holistic care to LGBTQ sex workers while serving on the following boards: SWOP Behind Bars, Caribbean Equality Project, and SOAR Institute. As an international public speaker, her presentations include The Desiree Alliance, Creating Change, SisterSong, Harm Reduction Coalition and the International AIDS Conferences and now PRIDE on FX. Ceyenne has published features in GQ, Vogue, TIME, ATMOS, i-D and many other publications. At the present time, Ceyenne is building her leadership academy and envisioning a medical center and combined housing unit in Queens,NY — building sustainability for the community like no other.

Chris Berntsen, Artist
Chris Berntsen is a New Orleans/New York based artist. His lens-based explores themes related to queerness, intimacy, and history. In addition to exhibiting photography, he also creates time-based projection works and films that have screed nationally and internationally. Chris’ work has been exhibited at institutions such as MoMA PS1, Aperture Foundation, New York, The Ogden Museum of Southern Art, and the Contemporary Arts Center New Orleans. He received his BFA from New York University’s Tisch School of the Arts and his MFA from Hunter College.

Katie Honan, Reporter, THE CITY
Katie Honan is a reporter for THE CITY. Previously, she covered City Hall for The Wall Street Journal, and neighborhoods in Queens for DNAinfo.com. She also worked as a social media editor at NBC 4 New York. A Queens native, Honan graduated from St. John’s University and the Craig Newmark Graduate School of Journalism at CUNY.

Annie Iezzi, Freelance Journalist
Annie Iezzi is a multimedia journalist who first enjoyed the shore at Riis in 2018. As a relative newcomer to The People’s Beach, Annie’s work there has prioritized informing the public on the community response, resistance, and queer legacies that define the stretch of sand in front of Neponsit hospital. She’s currently a Fellow on the NPR shows White Lies and Embedded and an Associate Producer at Palisades Media Ventures, as she finishes her Master’s degree in Journalism at NYU.

Ken Lustbader, Co-Director, NYC LGBT Historic Sites Project
Ken Lustbader is a co-founder and co-director of the NYC LGBT Historic Sites Project, an award-winning cultural heritage initiative that is documenting and memorializing LGBT place-based history in New York City. For almost 30 years, he has been national leader in issues related to LGBT history, documentation, and historic preservation. His prior work experience includes serving as the Historic Preservation Program Officer at the J.M. Kaplan Fund, consulting for the Lower Manhattan Emergency Preservation Fund, and
as the Director of the New York Landmarks Conservancy’s Sacred Sites Program.

Jahlove Serrano, Advisory Board Member, GLITS
Jahlove Serrano is a health educator youth advocate HIV/AIDS activist androgynous model/runway coach /Drag Queen/background dancer/and choreographer to the stars. He’s a Guatemalan/American native of Bronx New York. Contracted HIV a couple of days shy of his 16th birthday he decided to take a leadership role amongst his peers and community to be very public with his HIV status to combat the ignorance and stigma around HIV/AIDS. He’s working in the field of HIV/AIDS prevention, outreach and research. He’s working hard on a global, national, city and local level to address the needs of HIV positive and negative youth. Jahlove has worked with NYC AIDS institute, National Gay Mens Advocacy Coalition, The Global Network of People Living with HIV/AIDS North America (GNP+NA), AIDS ALLIANCES, The White House, and The Department of Health. He’s currently on a national campaign called “HIV stops with me” NYC “In Care” campaign and Janssen Positively fearless Global campaign. Jahlove uses his entertainment platform to promote HIV/AIDS Awareness and education throughout the United States and beyond.

Tina McCain, Development Associate, MAS (INTRODUCTORY REMARKS)
Tina joined MAS in April 2021. Prior to that, she worked in several different nonprofit spaces. She was a Development and Outreach intern at Democracy Now!, and the Development Assistant at IndyKids, an NYC-based social justice newspaper made by kids for kids. She graduated from Fordham University with a degree in English Literature. Tina is passionate about supporting MAS’s efforts for a more equitable New York. She currently resides in Brooklyn with her cat, Parsnip.

Spencer Williams, AICP, ASSOC., AIA, Director of Advocacy, MAS (MODERATOR)
Spencer joined MAS in June 2019. Prior to MAS, he was Director of Housing Policy at the Association for Neighborhood and Housing Development. He previously served in various roles in the Portland, Oregon and Seattle, Washington, working on issues around growth management, comprehensive planning, affordable housing, design review, land use and zoning, and small area neighborhood planning projects across the region. He is a certified planner who holds a Master of Urban & Regional Planning degree from Portland State University and B.F.A. in Architecture from Savannah College of Art and Design. He currently resides in Brooklyn. 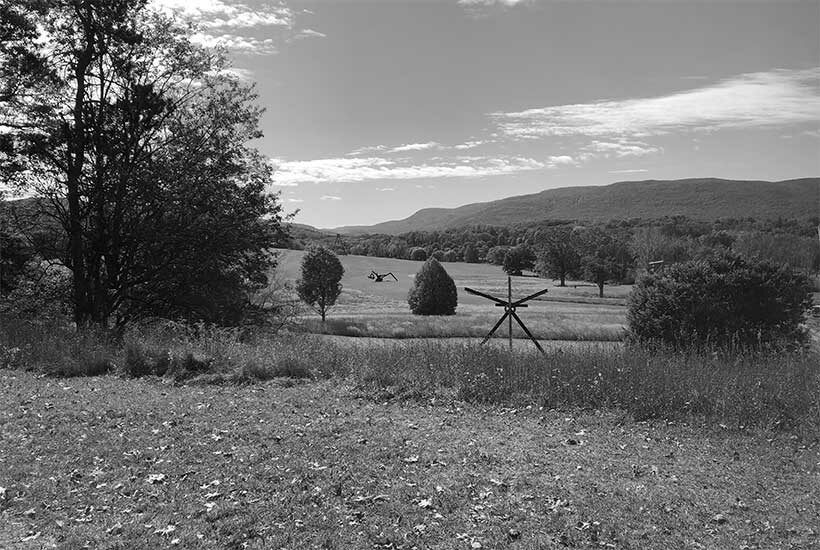 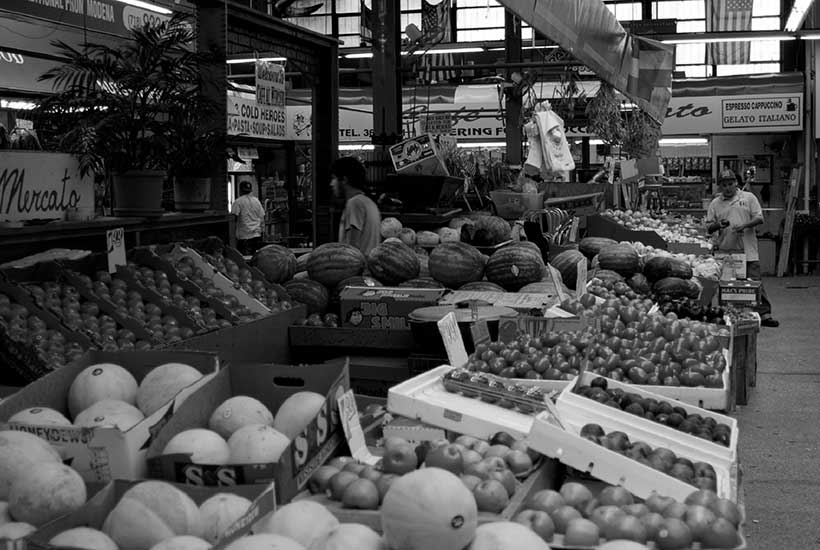 Tour
Rooms of Their Own
with Lucie Levine
Member: $20
Non-member: $30
Learn More 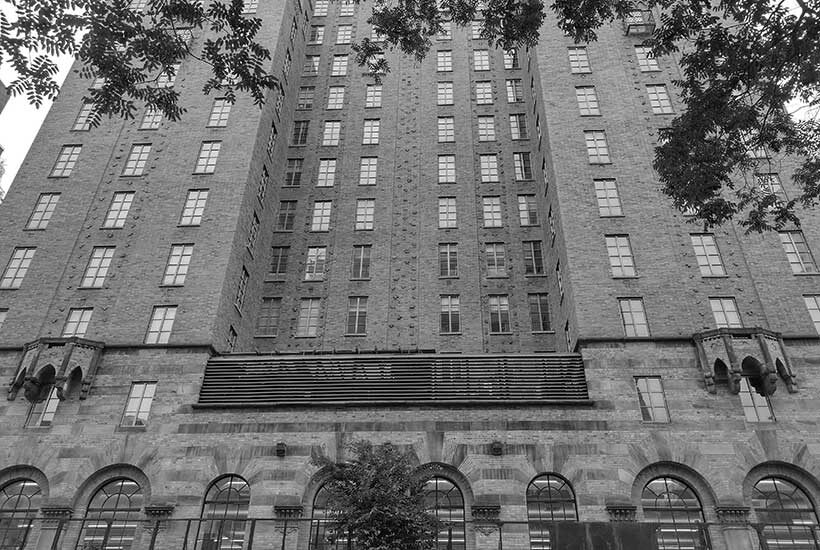