Join MAS and Christopher Hawthorne, Chief Design Officer for the City of Los Angeles, for a conversation about the importance of light, air, and open space in urban environments.

The program is being held in conjunction with the release of a new policy brief from our Fight for Light campaign, which will make the case for the creation of a new role dedicated to coordinating the health and equity of public spaces in our city. This brief, produced in partnership with New Yorkers for Parks (NY4P), draws inspiration from cities including Los Angeles, Bogotá, Seattle, Paris, and Mexico City and proposes a position similar to the one currently held by Mr. Hawthorne.

Learn more about the Fight for Light 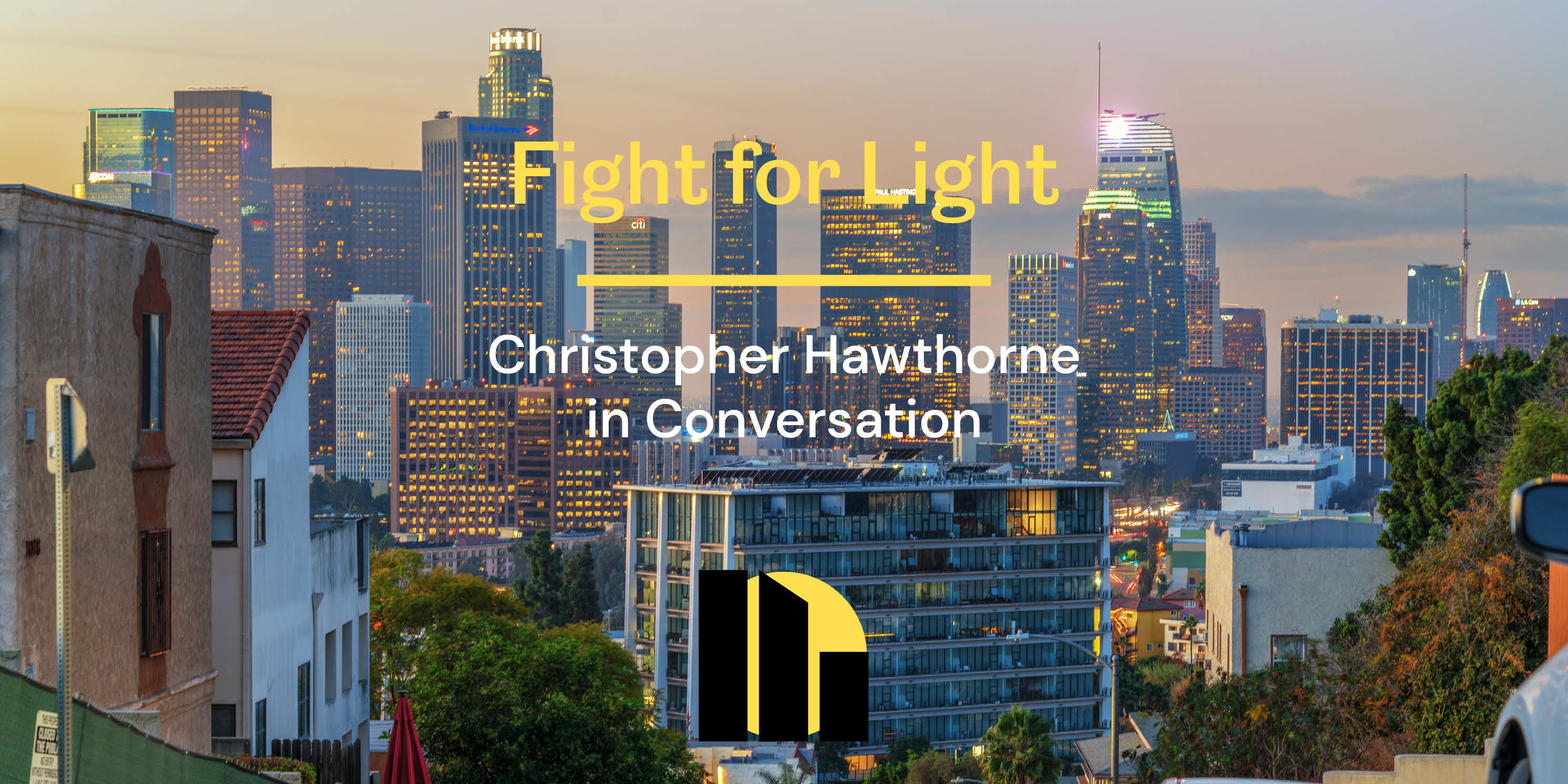 Chief Design Officer, City of Los Angeles
Christopher Hawthorne is the chief design officer for the City of Los Angeles, a position appointed by Mayor Eric Garcetti. Previously, he was architecture critic for the Los Angeles Times. He is co-author of The Green House: New Directions in Sustainable Architecture and has written for the New York Times, the New Yorker, Slate, and many other publications. He is professor of the practice at the University of Southern California, with an appointment in the English department, and holds a degree in political science from Yale, where he also studied architectural history and theory.

President, The Municipal Art Society of New York
Elizabeth Goldstein joined MAS as its President in 2017, with an extensive background in parks and historic preservation advocacy and management. Throughout her career, she has worked to insure transparent public engagement in civic decisions of consequence to public space and the heritage of key places nationwide and has worked in both governmental agencies and the non-profit sector.

Executive Director, New Yorkers for Parks (NY4P)
Adam leads New Yorkers for Parks, NYC’s citywide nonprofit parks research and advocacy organization. He has spent his career as a leader advocating for, designing, and developing creative urban scale public realm ideas that emphasize economic, environmental, and social impacts. Adam was previously vice president of planning and design at the High Line. He holds an MSRED from Columbia University, an MArch from Yale University, and a BA from the University of Wisconsin.