Please join MAS on the afternoon of June 25 as we unveil the latest work of public art restored by our Adopt-A-Monument program.

This particularly timely bas-relief honors a visionary advocate for criminal justice reform, Rebecca Salome Foster. Designed by Karl Bitter, the Foster Memorial is one of very few monuments in New York City that pays tribute to a woman. It has been installed in the vestibule of the Manhattan County Courthouse at 60 Centre Street after a restoration made possible by our longtime public art funder, the Paul and Klara Porzelt Foundation. It is a fantastic demonstration of the Adopt-A-Monument program’s enduring impact on the public realm.

We hope you will join us and our partners in the project, the Public Design Commission, the Department of Citywide Administrative Services, and the New York County Supreme Court, to celebrate this captivating work of art.

No RSVP is required.

Rotunda of the Manhattan County Courthouse at 60 Centre Street 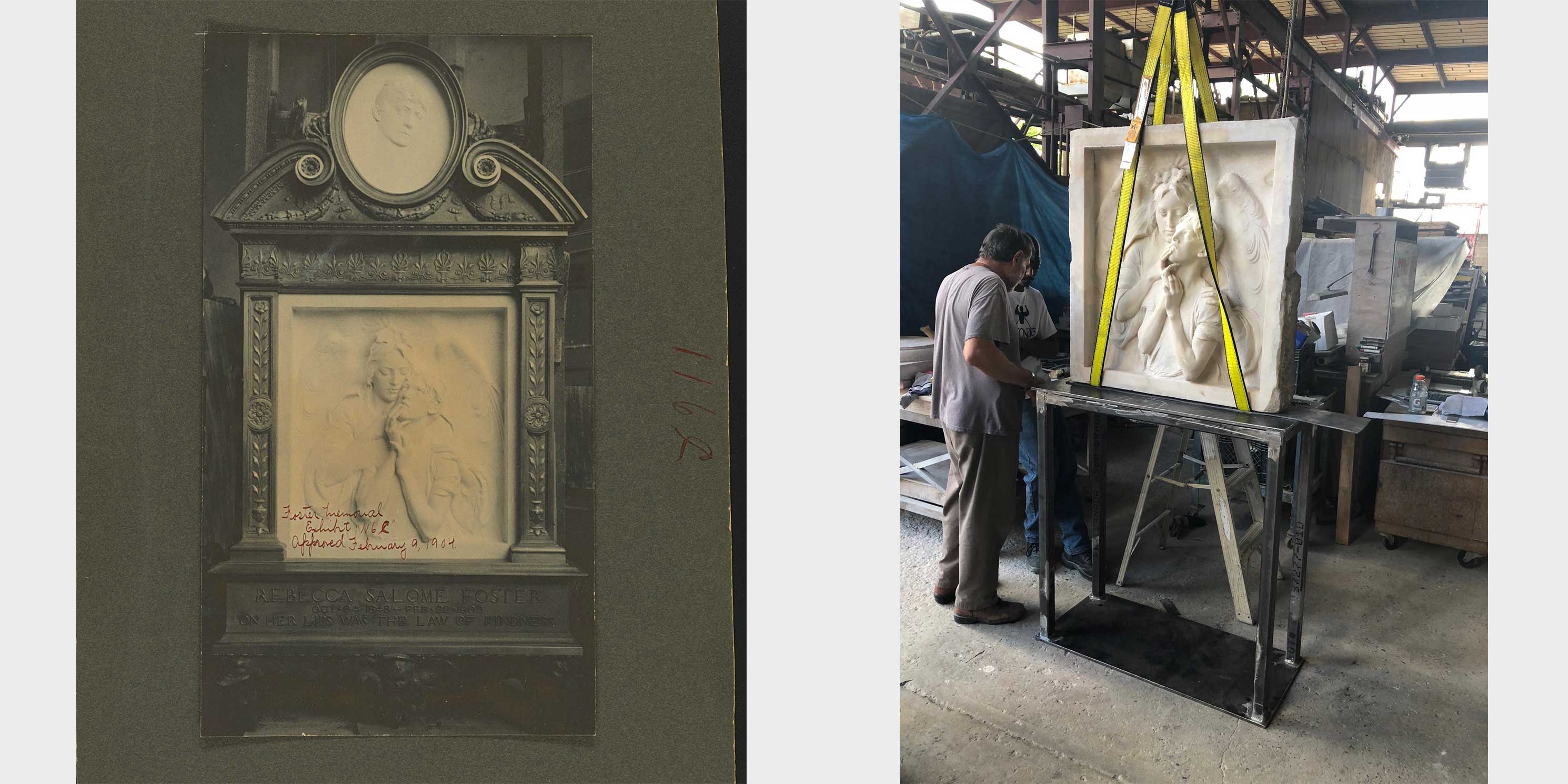 Before (left) and after (right) restoration photos of the Rebecca Salome Foster Memorial.

In the 1880s, Mrs. Rebecca Salome Foster dedicated herself to serving the overlooked needs of the inmates incarcerated in the original Tombs Prison, located where 111 Centre Street now stands. She devoted herself to providing counsel to and advocacy for inmates, and offered financial assistance to help ease their transition back into society. Widely known and heralded as the “Tombs Angel,” her work presaged in many ways the role of parole and probation officers, who were not officially introduced in New York State until after her death.

Beyond her service to the incarcerated, her advocacy extended to the settlement house movement of the period, which provided services to immigrants and other poor in the City’s tenement districts, including the infamous Five Points neighborhood where the Manhattan County Courthouse at 60 Centre Street and the Moynihan Federal Courthouse at 500 Pearl Street would later be built. She also worked with a program that promoted employment opportunities for young women and girls in the sewing and the needle trades. After many years of this charitable work, Mrs. Foster died tragically in 1902 in the “Park Avenue Hotel fire,” a conflagration that took 16 other lives.

In recognition of the impact of Rebecca Salome Foster’s groundbreaking work, a campaign was organized after her death to erect a monument in her honor. Such was her renown that the President Theodore Roosevelt donated to the memorial fund and commended the worthiness of the campaign.

The Tombs Angel monument was installed in 1904 in the old Criminal Courts Building. The monument consisted of a medallion likeness of Mrs. Foster, an elaborate renaissance-style bronze frame and a marble bas relief of an angel ministering to one in need by the prominent sculptor Karl Bitter. The monument was placed in storage in the early 1940s when the old Criminal Court Building was demolished. In time the tribute was forgotten, and both the medallion likeness of Mrs. Foster and the bronze frame were lost or stolen.

In 2019, the monument became the 53rd work of art restored through MAS’s Adopt-A-Monument and Adopt-A-Mural program. Adopt-A-Monument was founded by the Municipal Art Society of New York (MAS) in 1987, in collaboration with the NYC Public Design Commission and the NYC Parks Department, to secure private funding for the rescue of public art in danger of deterioration. To date, the Adopt programs have raised nearly $4 million dollars to conserve and maintain 53 works of public art in all five boroughs. 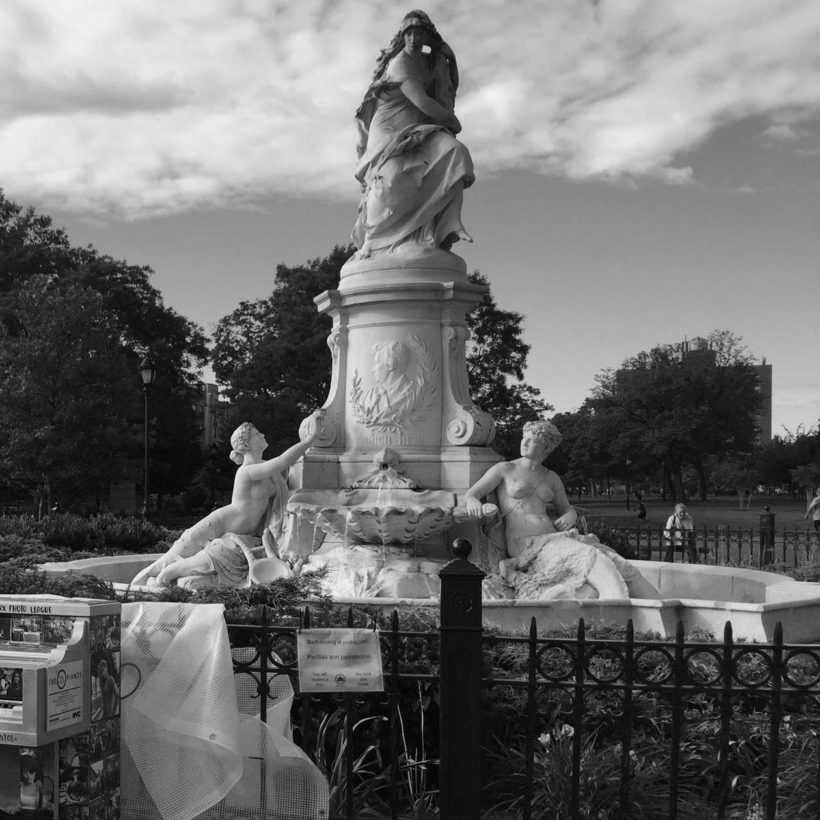 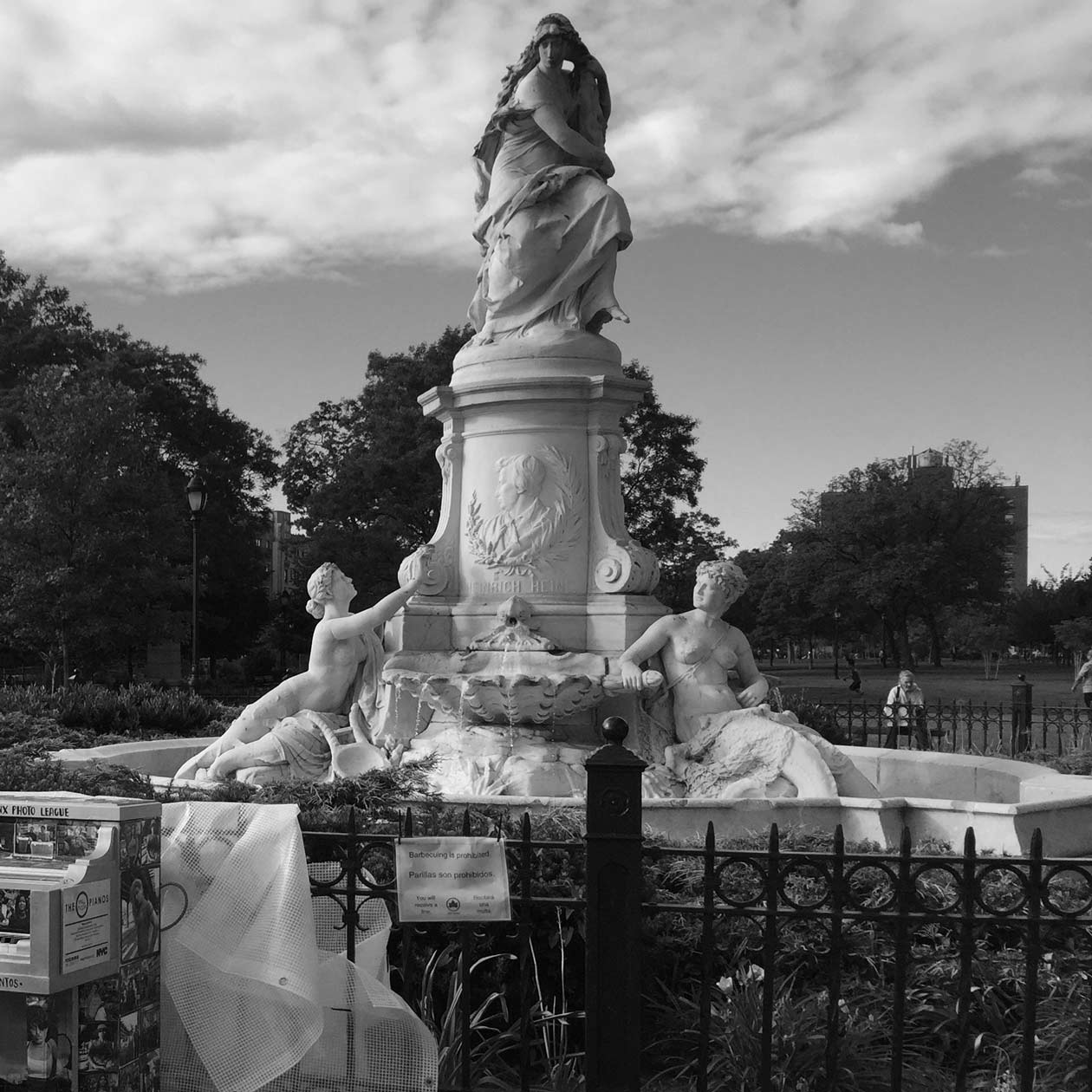 In response to the deterioration of many of New York City’s outdoor statues and public murals in hospitals, schools and libraries, and the limited resources to preserve them, MAS (in partnership with NYC Parks and the Public Design Commission) launches the Adopt-A-Monument program to raise private funds for the conservation and maintenance of public art.