Penn Station is at a breaking point. We need a more ambitious plan for the busiest transportation hub in the western hemisphere, one that addresses public safety needs, regional connectivity, and civic space.

Penn Station, already the busiest transit hub in the western hemisphere, is critically unprepared to handle the growth coming to our city and Midtown Manhattan in particular. Built to accommodate 200,000 passengers per day, the station now operates at more than three times its intended capacity and serves more people daily than JFK, LaGuardia, and Newark Airports combined. Moreover, our ability to meaningfully improve the station at the track level is hindered by the presence of an aging Madison Square Garden that sits atop it.

In the summer of 2013, at the urging of MAS, our Penn 2023 partners Regional Plan Association, and many others, the New York City Council voted to limit Madison Square Garden’s permit to operate on top of Penn Station to just 10 more years. This vote paved the way for a relocated Garden and a new Penn Station worthy of New York’s role as a 21st century global city.

New York now has a historic opportunity to shape the future of Manhattan’s west side. The Municipal Art Society has released a series of reports and interactive tools that quantify the challenges at Penn and offer recommendations to solve this urgent problem. 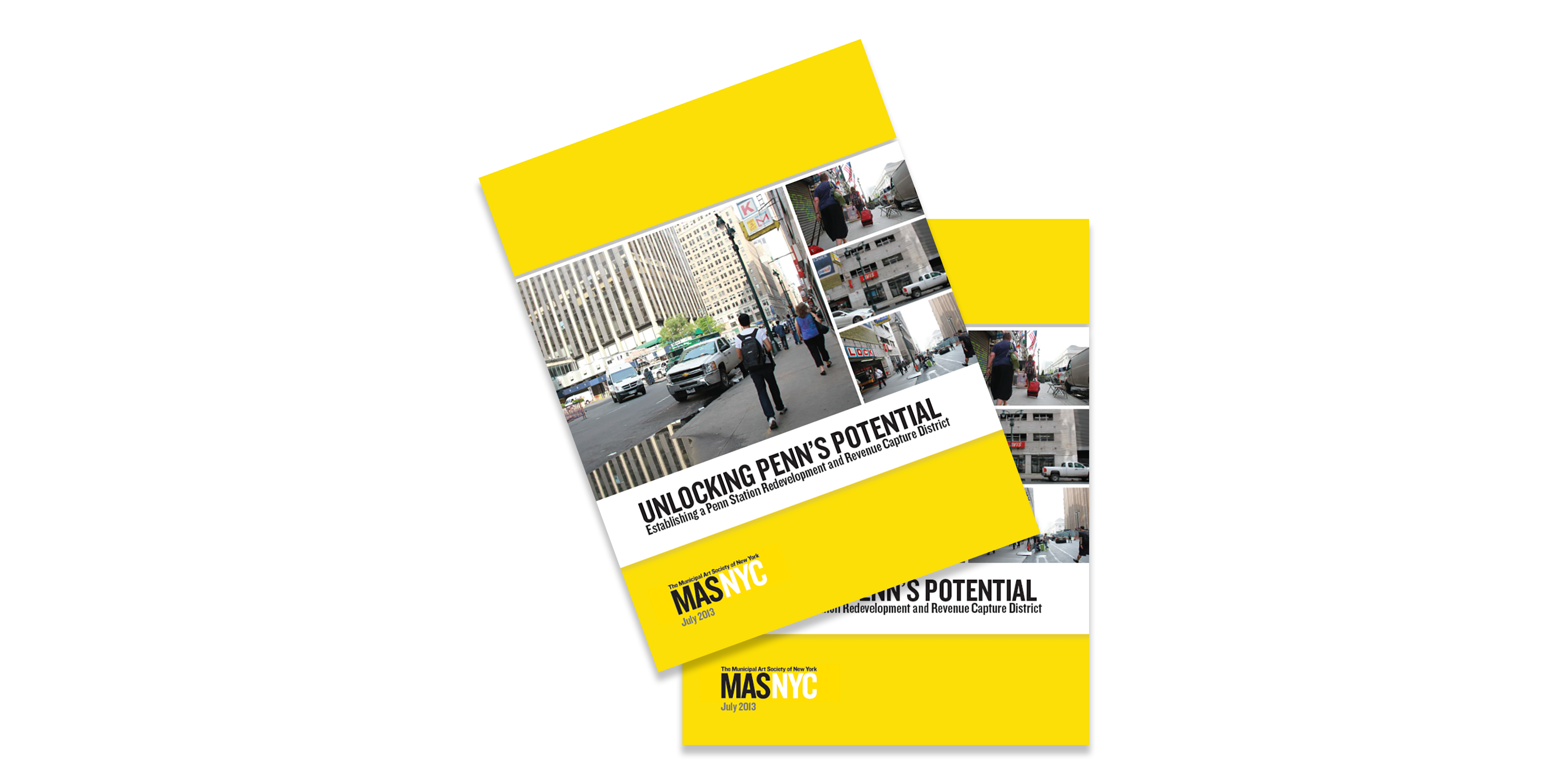 Explores creating a Penn Station Redevelopment and Revenue Capture District as part of a potential funding strategy for building a new Penn Station.

West Midtown is seeing dramatic changes that will only increase demands on Penn Station. Hudson Yards, the largest private real estate development in U.S. history with tens of millions of square feet of development, is under construction right next to the station, bringing hundreds of thousands of new residents, workers and visitors to the area.

The opening of the 7 train extension at 34th Street and 11th Avenue and the completion of the first phase of Moynihan Station will help serve this growing district, but those alone are insufficient to absorb the coming increases in travel demand to and from West Midtown. 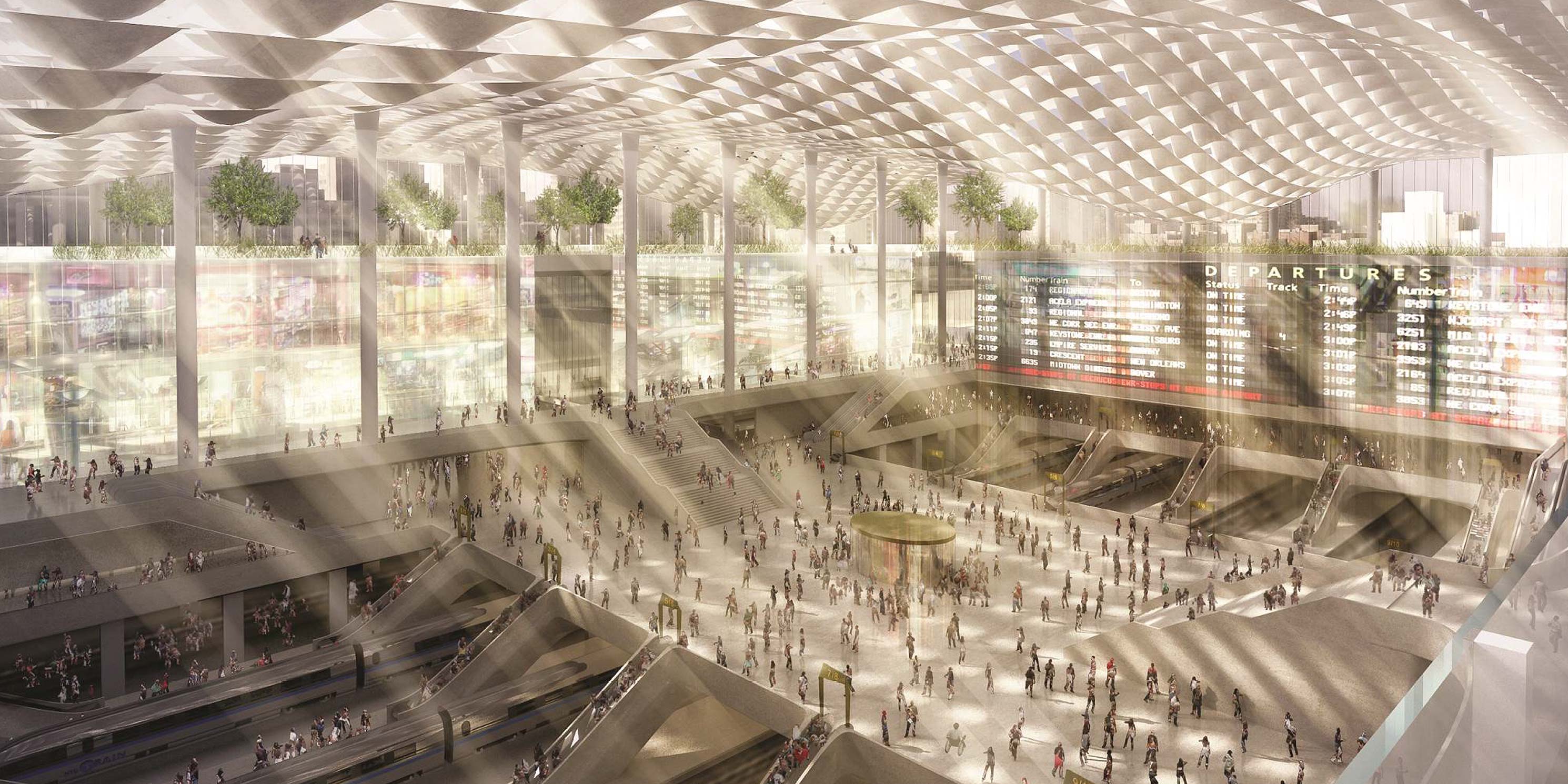 Envisioning a New Penn Station, the Next Madison Square Garden, and the Future of West Midtown

Outlines the case for a new Penn Station, describes principles to help guide development, and illustrates the necessary elements for a new transit hub.

The regional public sector must unite to create a plan to invest in safety, experiential, and capacity upgrades to Penn and Moynihan Station if the city and region are to continue to thrive. A major component of this plan would be the creation of a land use and real estate development strategy, aimed at spurring development around Penn Station and channeling a portion of the resulting revenue to pay for needed investments. 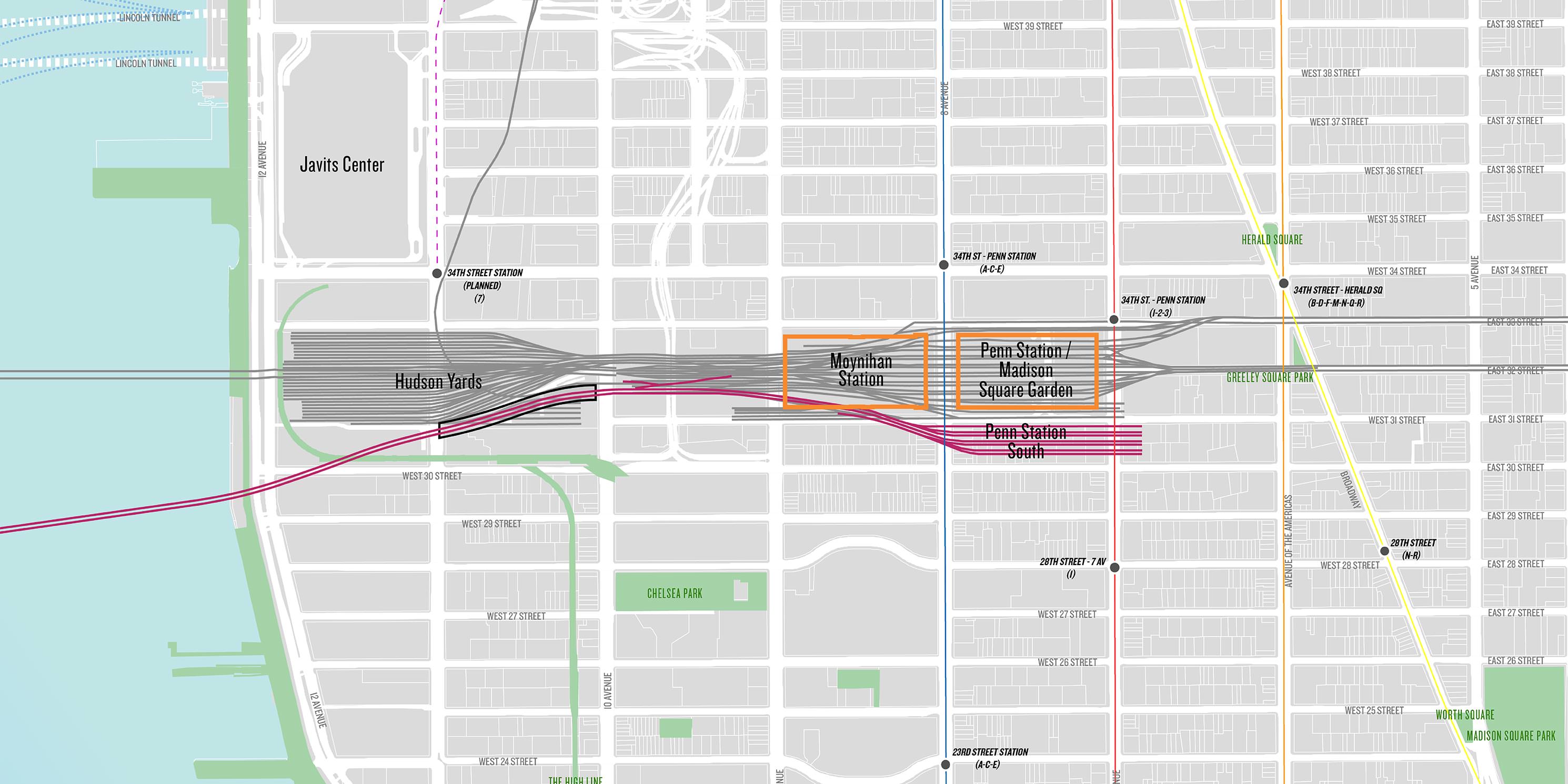 Shaping the Future of West Midtown

Unearthing Madison Square Garden and all of its support columns and utilities would allow for a complete overhaul of Penn Station, providing an opportunity to build a new city landmark. Likewise, a new Garden could be designed as an ultra-modern entertainment complex that has lower production costs, attracts even more events and visitors, and supports and catalyzes the future development of West Midtown.

Show your support with #Penn2023

Explores creating a Penn Station Redevelopment and Revenue Capture District as part of a potential funding strategy for building a new Penn Station. Read the report.

October 2013: Envisioning a New Penn Station, the Next Madison Square Garden, and the Future of West Midtown

Outlines the case for a new Penn Station, describes principles to help guide development, and illustrates the necessary elements for a new transit hub. Read the report. 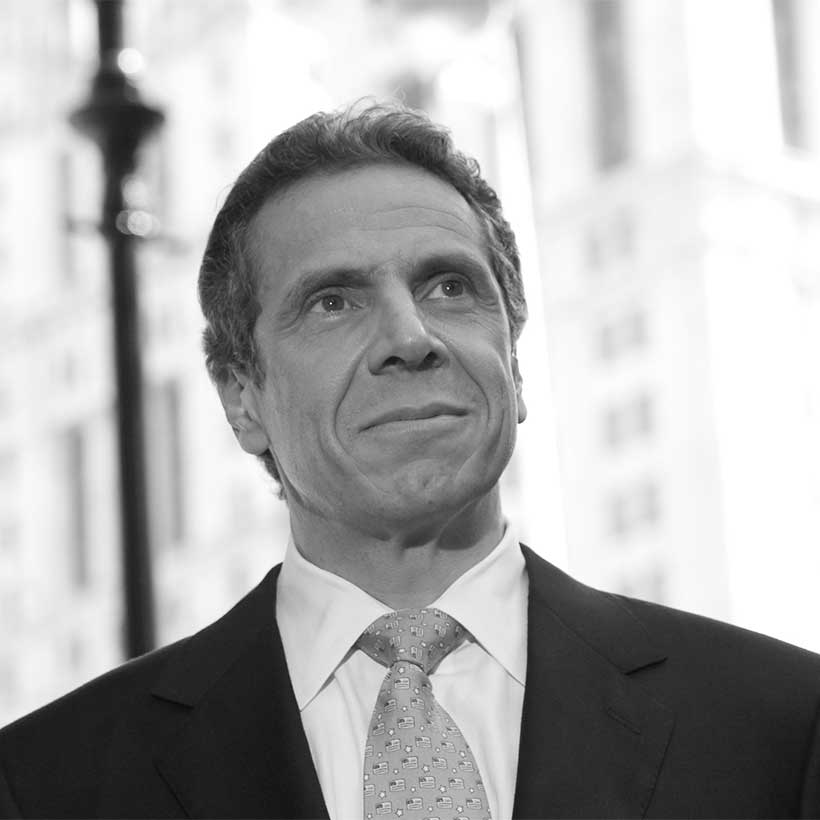 Announcement
Re: Governor Cuomo’s State of the State
Learn More