The Municipal Art Society of New York (MAS) announced the winners of the 2017 MASterworks Awards, an annual competition recognizing projects completed in the preceding year that made a significant contribution to New York’s built environment. The awards will be presented on the evening of March 15 at El Museo del Barrio. 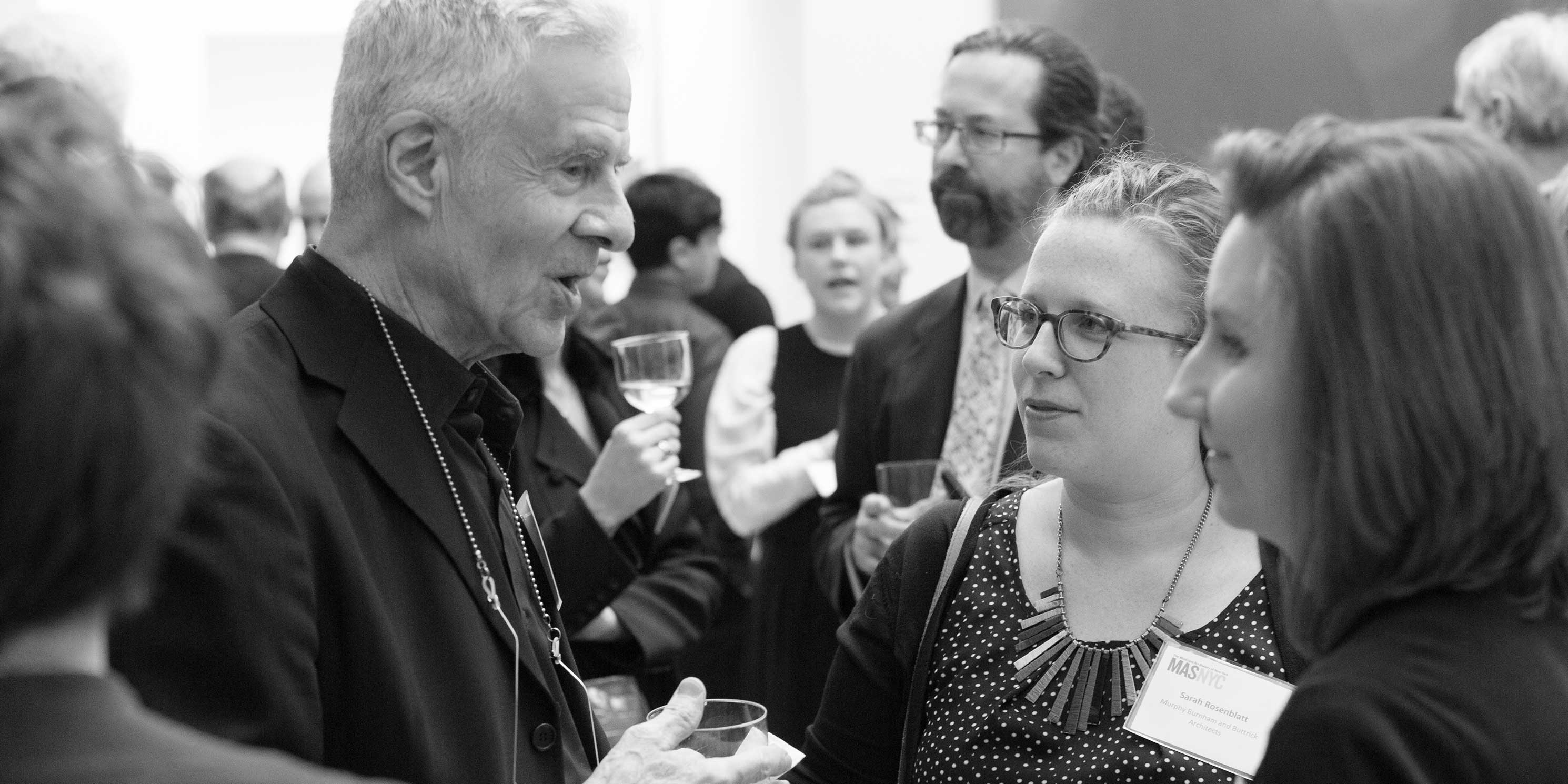 Guests at a reception after the MASterworks Awards in 2016. Photo: The Municipal Art Society of New York.

“From rolling hillsides to decommissioned shipyards, the projects honored this year have created new venues for New Yorkers to work, play, and interact with the city,” said Elizabeth Goldstein, President of MAS. “We applaud the 2017 MASterworks winners for enhancing New York one design at a time.”

A thoughtful and measured project, the restoration of the Montauk Club stretched over several years and eventually included incremental projects from stoop to roof. Throughout the effort, great care was taken to reuse or recreate historic detail and materials wherever possible, resulting in a finished project that honors the intricacy and artistry of the building itself.

Occupying a non-descript former warehouse, this innovative project creates spaces for exhibitions, communal workspaces, fabrication labs, shops, and restaurants. A central feature of the design is a large overhead ‘Periscope’ that joins the Brooklyn and Manhattan skylines into a single horizon, visually and metaphorically bringing the city together into one space.

Once a monument to ship manufacturing, Building 128 of Brooklyn’s famed Navy Yard has undergone a stunning transformation into a hub for entrepreneurship, innovation, and education. By bringing jobs and events to the former shipyard, New Lab has helped recapture the energy and activity of this once-bustling pocket of the city.

In the midst of one of New York’s densest neighborhoods, this 28,000 square foot branch library serves as an inviting public space and a touchstone for neighbors and visitors alike. Although it exists mostly below-grade, its careful design has created an open, light-filled, and modern civic environment.

The design of PSAC II helps elevate our expectations of what utilitarian infrastructure can be—sophisticated, attentive to detail, and spectacular. And by bringing together emergency response workers from multiple city agencies, the facility has created a new model for interagency cooperation.

The Vagelos Education Center, a cutting-edge medical school facility, was designed to foster interaction at every dimension. The building and its landscapes provide a bridge to the Washington Heights community, and its luminous, sculptural south façade serves as a beacon for the campus. The result is a playful and welcoming education complex that inspires collaboration and social engagement.