Our organizations appreciate the opportunity we had earlier this month to meet with your staff and discuss the current proposal for Public School 557. However, our meeting left us with more questions than answers. We hope that through continued dialogue, more information might be forthcoming and our concerns might be better addressed. 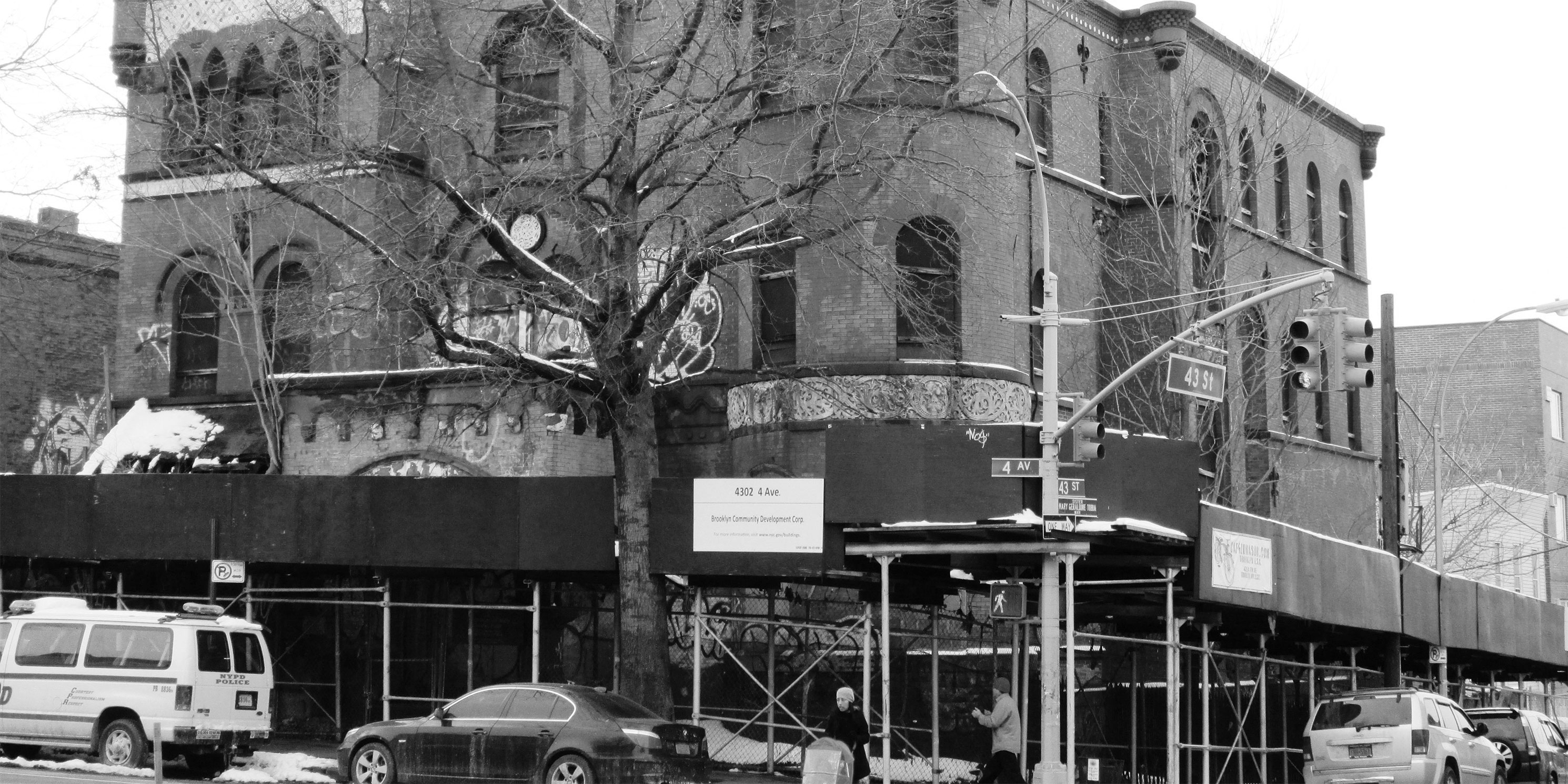 The 18th Police Precinct Station House and Stable in the Sunset Park neighborhood of Brooklyn. Photo: Wikimedia Commons, Beyond My Ken.

Our primary concern is that the City of New York will be spending $100 million of public money to acquire a rare individual landmark in Sunset Park to either demolish or, at the very least, severely alter it. The former 68th Police Precinct Station House and Stable was designated by the City of New York in 1983 and is one of only three individual landmarks in the Sunset Park community.

Although it has been long neglected, former 68th Police Precinct Station House and Stable remains a prominent architectural feature of the neighborhood. Furthermore, it was important enough to the City for the Landmarks Preservation Commission to openly contemplate legal action against a previous owner for demolition by neglect in 2015. The property subsequently changed hands and its current owner publically announced he would be seeking to restore the building and convert it into housing. We were thus surprised to learn that it was being considered as a site for new school construction less than six months later.
In July 2016, our organizations actively questioned the evaluation process by which the school site was selected (see attachments). The School Construction Authority (SCA) never responded to our requests for clarification; the Draft Environmental Impact Statement (DEIS) and supporting documentation did not address this concern either. As the SCA contemplated a number of vacant parochial schools during this time, we were, and remain, greatly curious as to why they were not pursued further for City acquisition and reuse as public schools.

Our alarm over the acquisition decision is only heightened by the findings of the Draft and Final Environmental Impact Statements, which clearly describe not only the historical and architectural importance of the police precinct complex, but its inherent structural stability. According to the documents, while the interior of the building is deeply compromised, the exterior of the building has been found to be structurally sound and largely in fair condition.

Thus it appears that the driving force behind the proposed partial demolition of and massive addition to the building is the programmatic goal of creating space for 332 new school seats.

We find it extremely improbable that no alternative could be found among the dozen other sites examined in the selection process. In fact, we imagine that any other option may have better and less expensively satisfied the community’s educational needs, given the SCA’s willingness to spend $107,485,527 to irreparably alter a significant historic building. In all fairness, even if this project made no concessions to preservation, the cost is still estimated at $80,270,693, or approximately $241,779 per new school seat. We have a hard time believing that this is the most prudent possible use of public resources, especially when considering the additional cost to the community in the sacrifice of one of its only landmark buildings.

We urge you to rethink this project before it is too late. We understand the urgent need for school seats within the community but remind you that this project is estimated to be completed by 2022, missing an entire generation of primary school children. Surely a better solution can be envisioned for the community which creates new school seats sooner, on a site which does not require major, damaging interventions to an important historic landmark.

We look forward to meeting with you and the SCA in the comings weeks to find a more favorable solution for all parties.