Major Questions Must Be Addressed in SoHo/NoHo Neighborhood Plan

Comments to the Department of City Planning

The SoHo/NoHo Neighborhood Plan is the first major land use decision to affect SoHo and NoHo in 50 years, and is poised to significantly transform the character of these iconic neighborhoods. The City goals to strengthen retail uses, promote mixed-uses, recognize the importance of the neighborhood’s art and creative culture, and encourage the development of affordable housing are laudable. The Draft Scope of Work (DSOW) must assess all factors to ensure that what is set in motion by the plan actually will achieve its objectives of net-new affordable housing rather than spur high-end residential growth that will displace economically vulnerable long-time residents and also incentivize threats to the area’s rich neighborhood character. 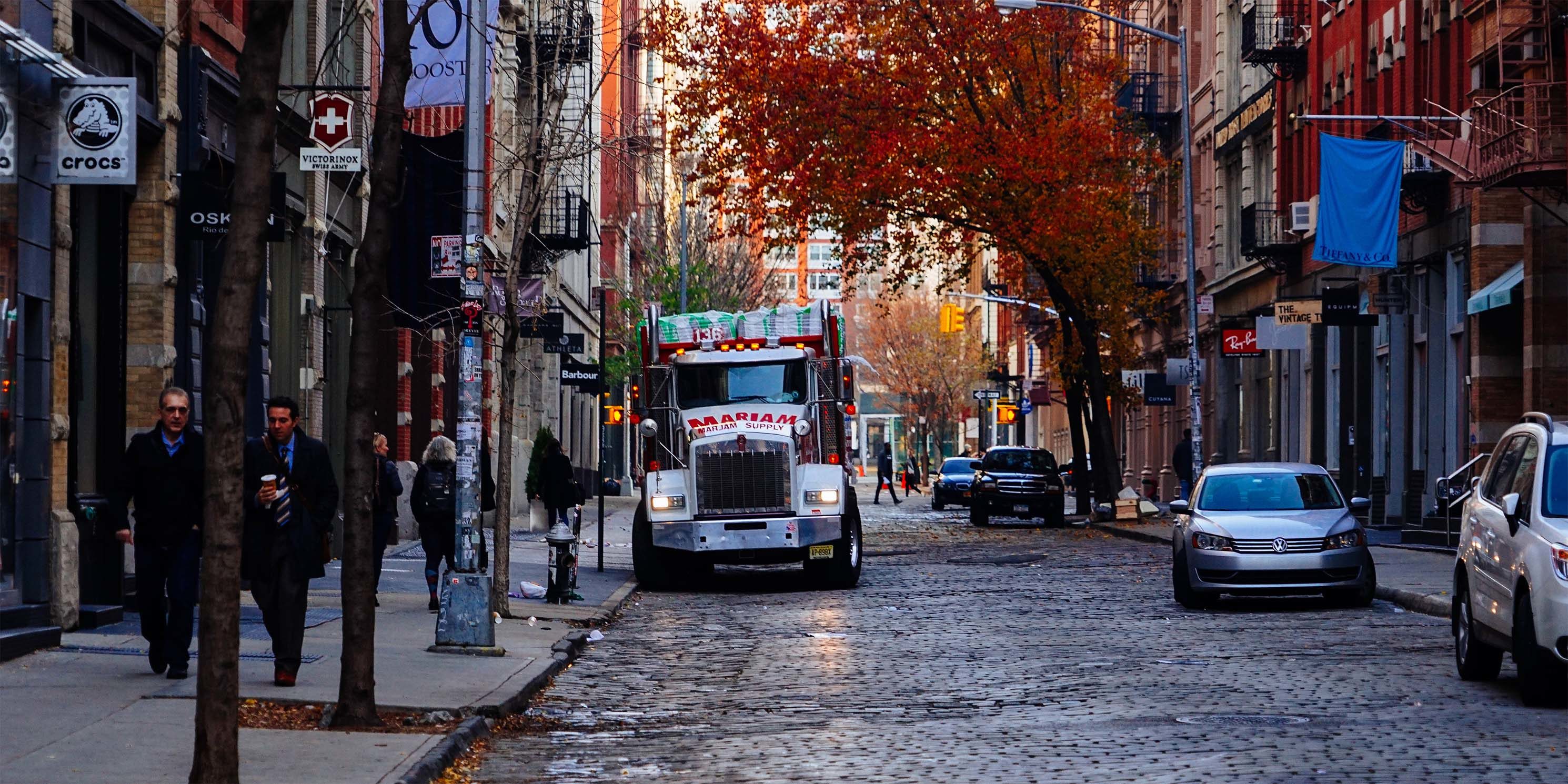 The M1-5A and M1-5B zoning districts were created in 1971 specifically for SoHo/NoHo. The zoning permitted the occupancy of certain industrial loft space, allowing conversions to Joint Living-Work Quarters for Artists (JLWQA), which remain the only as-of-right residential uses allowed.1 The zoning prohibits ground-floor retail and tenants are not permitted to occupy spaces larger than 10,000 square feet. Despite these regulations, retail stores have violated the zoning occupancy restrictions and many non-artists occupy space designated for certified artists. The City contends that the high volume of special permit and variance applications for new or converted retail space indicates the area has outgrown its zoning.2 Many opponents believe that the City’s lack of zoning enforcement has created the problem that the rezoning seeks to solve.

The SoHo/NoHo rezoning is unique among the City’s recent neighborhood rezonings. It is one of only two under the de Blasio administration that involves a predominantly white (78 percent), higher income area (median household income is $144,508 compared with $79,781 for Manhattan). Almost half of the area rental units are priced above $2,000 per month. In addition, SoHo/NoHo has four historic districts, comprising 80 percent of the rezoning area. These districts include the SoHo-Cast Iron Historic District; NoHo Historic District; NoHo East Historic District and a small portion of the Sullivan-Thompson Historic District. There is also a high level of home ownership in the area. Roughly 40 percent of the area’s housing units are owner-occupied, nearly twice the Manhattan average.

In January 2019, the City began Envision SoHo/NoHo, what it describes as a “robust public neighborhood process” to engage the community in workshops and information sessions. The City also formed an 18-member stakeholder advisory group consisting of residents, business owners, elected officials, City agencies, and other advocacy organizations to help inform the process. In November 2019, DCP issued the report Envision SoHo/NoHo, which the Draft Scope of Work (DSOW) claims synthesized public input and stakeholder engagement, articulating the following goals of the plan: replace outdated manufacturing districts with mixed-use regulations; introduce residential use and promote equity in housing; support arts and culture; and facilitate superior urban design and appropriate building form.

The project will result in almost 1,700 new residential units, comprising 1.7 million square feet (sf) of floor area. The number of affordable dwelling units will range from 330 to 498. The project will also result in almost 60,000 gross sf of retail, including a supermarket, 51,508 sf of commercial space, about 26,000 sf of manufacturing space, and 19,000 sf of community facility space. The rezoning is expected to add approximately 3,200 new residents to the project area by the 2031 build year.

As a way to preserve the area’s cultural legacy, the plan would continue to allow JLWQA use and live-work arrangements under current zoning. It would also establish a volunteer option to allow JLWQA to transition to regular residential use with conditions that would support arts and creative industries. Under the plan, existing non-artist occupancy would be legalized, live-work would be more inclusive and reflective of modern needs, and the preservation and creation of affordable studio space would be supported.

Comments on the Draft Scope of Work

We look forward to the following comments being reflected in the Final Scope of Work (FSOW) and included in the Draft Environmental Impact Statement (DEIS).

The FSOW and DEIS must include a project area map of the projected and potential development sites with the historic districts boundaries clearly defined.

The character of SoHo/NoHo is in part driven by the cultural landscape. The recent loss of local retail and cultural offerings, such as art production and exhibition space, has already altered these neighborhoods. The DSOW should include more explicit direction for assessing requirements for smaller storefronts to encourage the longevity of independent businesses and cultural offerings, whether private, such as art galleries, or non-profit institutions, especially on the side streets. The proposal currently fosters inappropriately large retail uses, and we recommend that it be limited to 6 FAR as per community input.

For a project that touts affordable housing as a primary benefit, the FSOW must reflect that the DEIS will disclose and evaluate the affordability levels being considered under the Mandatory Inclusionary Housing program. Furthermore, the FSOW and DEIS must also disclose how much new affordable housing is expected to be constructed within and outside of the four historic districts. An overall estimate of units does not indicate how and where the purpose and need of this proposed rezoning is being met.

No city neighborhood rezoning has more potential to adversely affect historic resources than the SoHo/NoHo proposal. As mentioned previously, 80 percent of the project area is located within the boundaries of a historic district. Unfortunately, because the DSOW did not include a project area map showing the projected and potential development sites along with historic district boundaries, it is not possible to know the location of development sites in relationship to designation status. We find this omission to be counter to the purpose of CEQR as a disclosure process, leaving the public without an important analytical reference. We expect the FSOW and DEIS to include this map.

The DEIS must study the incremental increase in density that has taken place under the purview of the LPC within the area historic districts, and disclose how this an exponential change could be borne on designated properties.

Despite the City’s community engagement efforts, many speakers during the public scoping hearing claimed the proposal reflects very little of the community input conveyed. If the plan is to succeed, it needs to strike the proper balance of meeting the City’s development goals and protecting the neighborhood’s most vulnerable residents and its unique sense of place. Mindful recent community and political challenges to neighborhood rezonings, the City needs to ensure SoHo/NoHo Neighborhood Plan reflects community voices. We recommend the City pay careful attention to the comments raised by the public during the CEQR and ULURP processes and make the necessary improvements that best work for the community and the City.

The SoHo/NoHo neighborhoods have transformed into vibrant mixed-use destinations since the original 1971 rezoning. We recognize the need for a planning approach that reflects these changes and appropriately points towards a future of equity and inclusion. The work ahead in the DSOW and the public review processes that follow must use all the tools at the City’s disposal to ensure that these changes can be achieved with great sensitivity to the unique historic and urban design character of these neighborhoods. Ultimately, for the SoHo/NoHo Neighborhood Plan to be successful it must protect the very characteristics that make this place special. 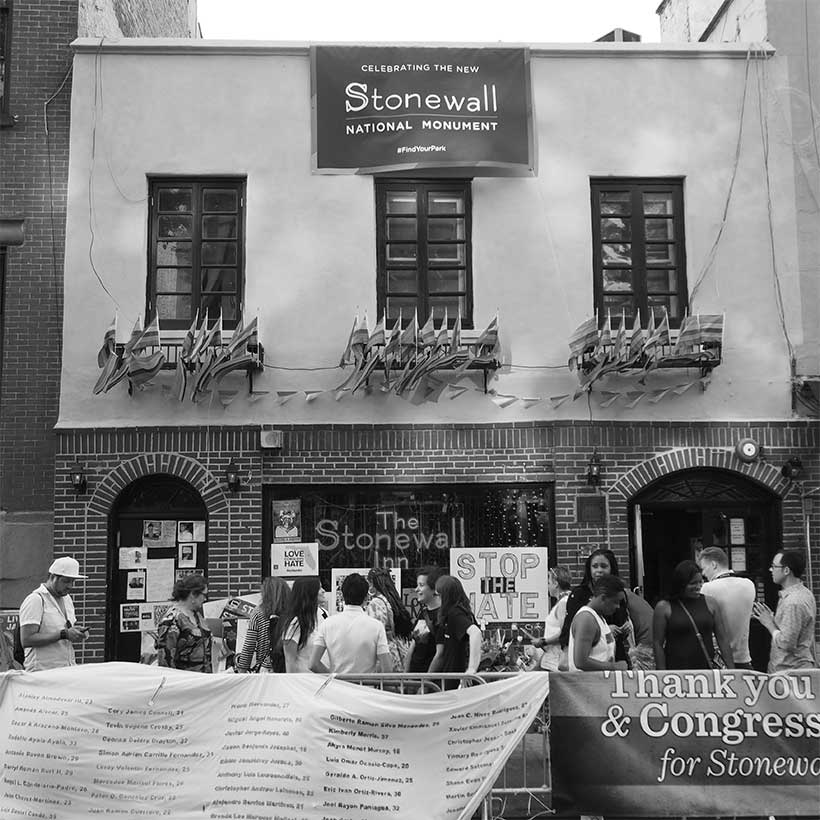