Analysis finds Brooklyn-sized swath of land is owned or leased by NYC, with an area twice the size of Central Park left without use

The Municipal Art Society of New York (MAS) released a first-ever interactive tool mapping more than 14,000 city-owned and leased properties, amounting to a land area the size of Brooklyn. The MAS Public Assets: City-Owned and Leased Properties (Public Assets) report and online tool relates these holdings to several key issues: the environment, infrastructure, landmarks, population, and neighborhood rezonings. This land use information has never been publicly compiled until now.

In total, approximately 43,000 acres of property is owned by New York City. MAS has revealed that an area more than double the size of Central Park is classified by the city as having no current use. 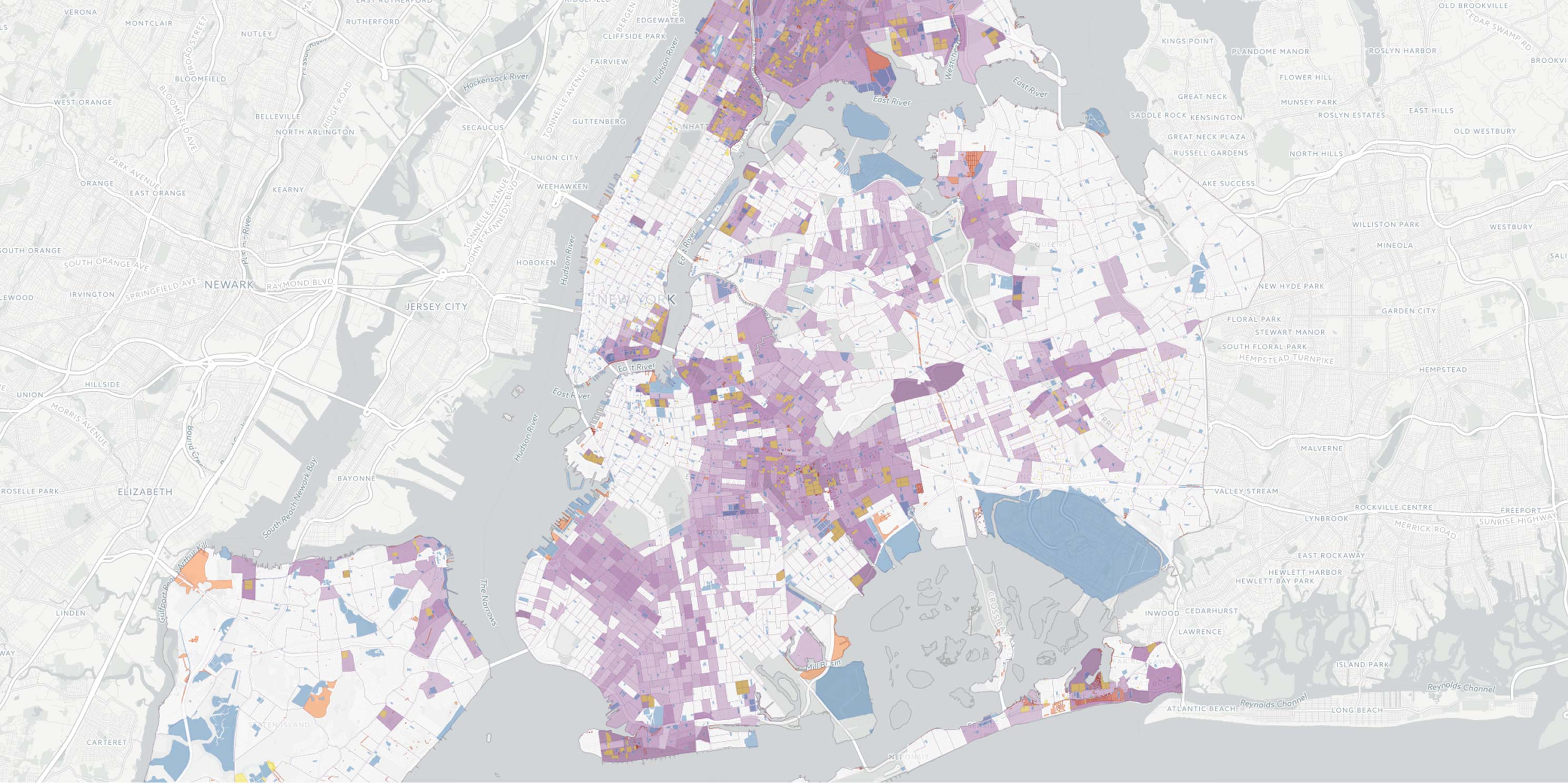 “City-owned means citizen-owned; New Yorkers deserve to know that we collectively carry the cost, but also potential profit, on land holdings as large as Brooklyn,” said Gina Pollara, President of MAS. “These findings raise serious questions about whether our city’s available property is being appropriately leveraged for civic benefit. True equity in the city’s planning and land use decisions can only be achieved through an informed and engaged public.”

The information included in the Public Assets report and online tool is derived from two data sources provided by New York City: MapPLUTO™ V15.1. and City Owned and Leased Properties 2014 (COLP dataset). Merging these datasets enables New Yorkers to access a broad range of information about city-owned and leased properties on an array of topics in one source, including site utilization (i.e., current use, underutilized, or vacant), city agency jurisdiction, properties committed for sale or lease, and zoning regulations and development restrictions applicable to each property.

“The extent of New York’s more than 14,000 city-owned and leased properties is a veritable ‘sixth borough,'” said Ms. Pollara. “Examining these holdings and evaluating opportunities for their protection, enhancement, and development should be a priority of this and any future administration.”

Based on the findings revealed in the maps, MAS urges the city to:

To view the details on any property owned or leased by the city, visit our mapping tool at MAS.org/colp.

The COLP dataset is required under the City Charter and is produced in conjunction with the Citywide Statement of Needs, as well as a map of uses on city-owned and leased properties presented in Zoning and Land Use (ZoLa), DCP’s public zoning and land use mapping application. The dataset has been produced from the Integrated Property Information System (IPIS), a real estate database maintained by the Department of Citywide Administrative Services (DCAS) and can be downloaded as a spreadsheet through the New York City Open Data website. This dataset is also available through DCP’s BYTES of the BIG APPLE webpage. Although both versions contain the same data, the DCP COLP dataset classifies attribute information by individual cells that allow easier sorting and analysis. Therefore, the information in Public Assets is derived from the DCP COLP dataset (COLP 2014 v2 042315).

Established in 1893, The Municipal Art Society of New York (MAS) advocates for excellence in urban design, planning, historic preservation, and community engagement. From saving Grand Central Terminal to fostering the establishment of innovative land-use laws, MAS is at the forefront of New York’s most important campaigns to improve and re-imagine our city’s built environment by promoting economic vitality, cultural vibrancy, ecological sustainability, and social diversity. 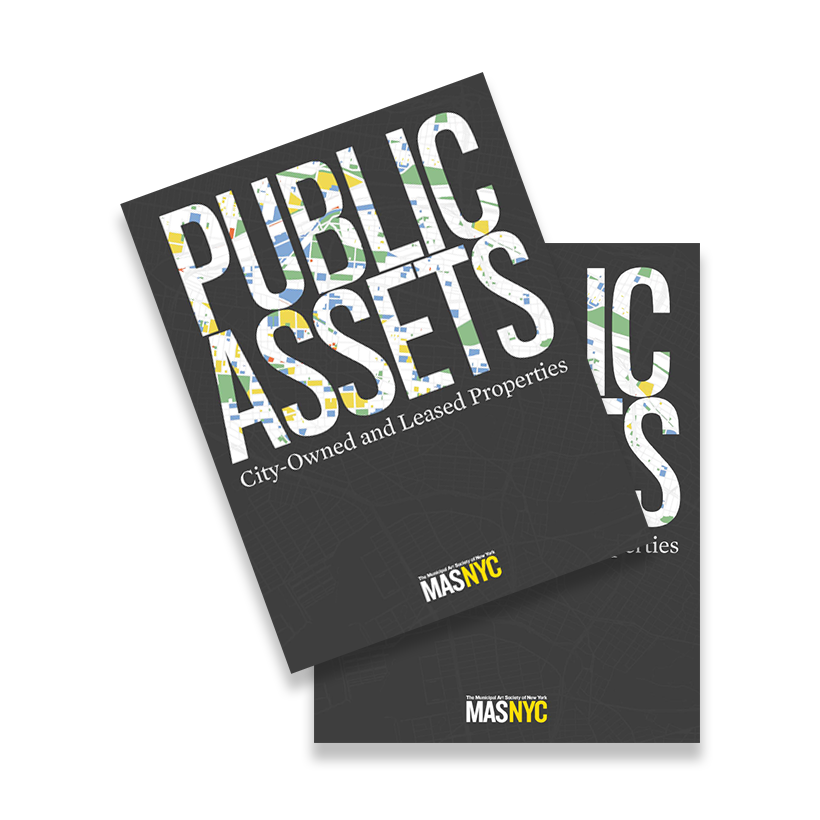