Public Must Have More Input on Borough-Based Jail Proposal

MAS comments to the NYC Department of Correction

The Municipal Art Society of New York (MAS) believes the New York City Department of Correction’s plan to develop four new borough-based jails is a pivotal step towards improving detention conditions in New York City. This will allow for the closure of the Rikers Island Correctional Facility (Rikers Island) and bring detainees closer to courthouses, as well as their families. However, the proposal raises a number of questions about public engagement, the site-selection process, and the impacts these facilities will have on neighborhoods.

MAS supports the closure of Rikers Island, which has a notorious history of unsafe conditions. The smaller, borough-based facilities, featuring community space and improved layouts enabling effective supervision, will likely help reduce recidivism and ease the reentry of inmates. However, while the borough-based jails are focused on resolving some of the issues that have plagued Rikers Island, MAS has many concerns about the impacts this proposal will have on the affected neighborhoods in the Bronx, Brooklyn, Manhattan, and Queens.

Considering the sensitive nature of the proposal and the physical scale of the individual facilities, MAS finds the information made available and public engagement efforts by the City to be woefully inadequate. The City has yet to disclose the criteria for how the sites were selected or the alternatives, if any, that were considered. The sites were not disclosed until just before the release of the Draft Scope of Work (DSOW) in August, leaving little time for effective review. Therefore, the Draft Environmental Impact Statement (DEIS) must include detailed information about the selection process including, but not limited to, the assessment criteria used in identifying sites, alternative sites that were considered, and the rationale for why alternative sites were not advanced. In addition, the DEIS must include details on the timeline for jail construction and the closure of Rikers Island.

The four new detention centers will each include 1,510 beds and range in height between 275 to 432 feet. In terms of scale, the facilities range from 1.4 to 1.9 million square feet (sf). They will feature court-related and support services. Given their size, it is expected that these facilities will have significant effects on urban design and neighborhood character. Accordingly, the DEIS urban design and visual impacts evaluations must include detailed design schematics for each facility to show how each would fit into the surrounding built environment and visual simulations showing how they would appear from various surrounding neighborhood vantage points. Other impact categories are addressed below for each location.

Bronx Jail
The proposed Bronx jail site is currently the New York Police Department’s Bronx Tow Pound located at 320 Concord Avenue. In the absence of design details, Figure 1 is a 3D rendering of the proposed facility using available information. As shown, the proposed 1.5-million-square-foot facility would be grossly out of scale with the surrounding area, which is characterized primarily by low-density industrial and residential buildings. At 275 feet tall, the Bronx jail facility would be more than 150 feet taller than all other buildings in the immediate vicinity.

Although proximity to court is part of the City’s rationale for the proposal, the Bronx Jail site is approximately 1.5 miles from the Bronx Criminal Court and the Bronx House of Detention on 161st Street. This contradicts the stated goals of decreasing transportation costs and streamlining transfers between jail and courthouses. As such, it is imperative that the DEIS include an evaluation of alternative Bronx sites that are closer to the courts and the rationale for why they were not chosen.

Brooklyn Jail
The proposed Brooklyn jail site is currently the Brooklyn House of Detention, a 14-story, 165,000-sf facility. At 1.4 million sf, the proposed jail would be eight times the size of the existing building. At 430 feet in height, the jail would be out of scale with the buildings in the surrounding area (Figure 2). Although there are buildings of a similar height in Downtown Brooklyn, the proposed jail is on the periphery of the commercial core and adjacent to lower scale residential areas of Boerum Hill. To better fit in the residential context of Boerum Hill, MAS recommends appropriate bulk restrictions and setbacks for this building. The DEIS should include information on where the detainees currently at the Brooklyn House of Detention will be placed during construction of the new jail.

Manhattan Jail
The site for the proposed, 40-story, 1.6-million-sf Manhattan jail is currently the Louis J. Lefkowitz State Office Building, which houses the Manhattan District Attorney’s Office and the New York City Marriage Bureau. Built in the 1930s in an Art Deco style, the Lefkowitz Building is eligible for listing on the State and National Register of Historic Places. According to the DSOW, the project would “redevelop the existing office building with a new detention facility.” However, there are no specific construction details, or information on how the Lefkowitz Building would be affected (e.g., demolished, repurposed, or otherwise). As such, the DEIS historic resources evaluation needs to include specific details of how the new development will affect the Lefkowitz Building, including all correspondence and coordination with the State Historic Preservation Office and New York City Landmarks Preservation Commission. Manhattan Borough President Gale Brewer has indicated that this is not the site agreed upon during project task force discussions, which raises additional questions about the site-selection process. Therefore, we fully expect more information to be released on the selection criteria for this site.

At 432 feet, the building will cast significant shadows on the adjacent Columbus Park during afternoons in the summer. This is particularly important because there are few open space resources in the area for the nearby Two Bridges and Chinatown communities. Therefore, the DEIS must include a robust evaluation of shadow and open space impacts.

Queens Jail
The proposed Queens jail site is currently a parking lot for Queens Borough Hall and the Queens Department of Correction building. The surrounding area is characterized by highways, parks, and low- to mid-rise residential development. The 1.9-million-sf jail would be nearly the equivalent density of two Chrysler Buildings. Moreover, at 310 feet, the building would be one of the tallest in the area. There are only three buildings of comparable height within a quarter-mile radius (Figure 4). Based on these conditions, the DEIS must include detailed evaluations of the proposed facility’s impacts on urban design, visual resources, and neighborhood character.

All of the facilities are expected to generate additional traffic. This is of particular importance for the Manhattan and Brooklyn sites that are in heavily congested areas. Accordingly, we expect the DEIS to evaluate traffic impacts in these areas and include specific mitigation measures if adverse impacts are identified. As a matter of course, the DEIS must include specific mitigation measures for any environmental category with adverse impacts. Furthermore, the enormous scale of the proposed facilities raises issues regarding energy demand, water use, and greenhouse gas (GHG) emissions. We urge the City to seek LEED™ certification or an equivalent standard for the new facilities, particularly with regard to heating and cooling systems, water reduction and reuse, and GHG emissions.

MAS believes closing the Rikers Island Correctional Facility and opening borough-based jails will help address some of the detention issues that have beset New York City. However, the City has been remiss in disclosing details about the site selection process and alternatives explored. The City must engage in extensive community outreach regarding site configuration and the design/build process before advancing the project through the approval process. The public must have more input into the future development of their neighborhoods.

Thank you for the opportunity to comment on this critical matter. 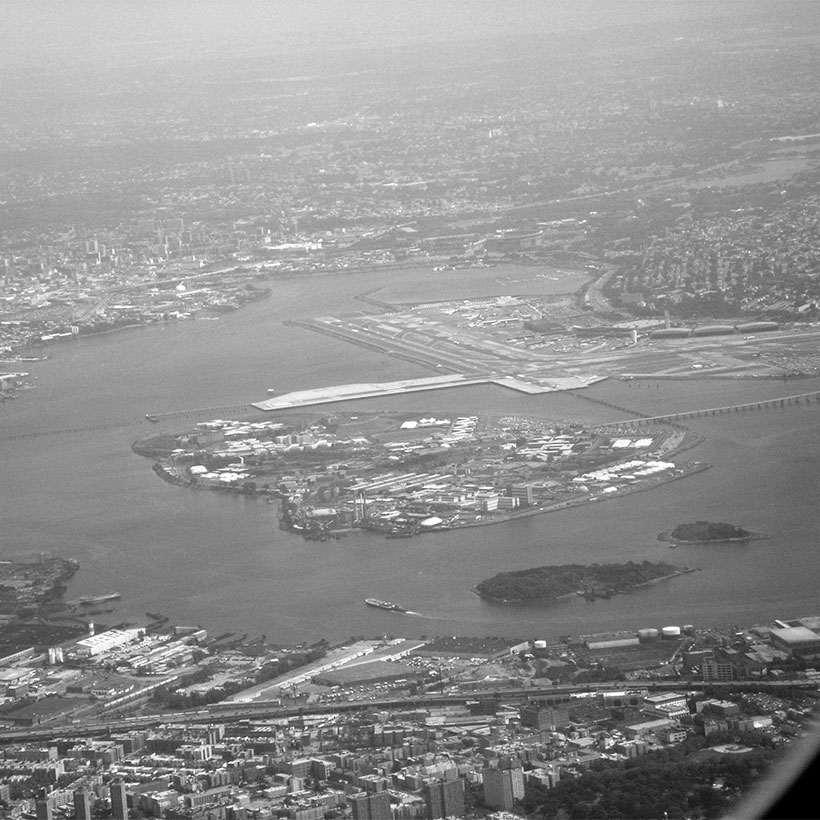