Vacant Storefronts Are a Threat to the Vitality of our City

The vacancy rate in some of our city’s retail corridors is higher than 20%, or more than four times the vacancy rate expected in a healthy market.1 Although many different types of retail businesses have closed, the loss of small, “mom and pop” businesses has the most profound effect on the character and social fabric of the neighborhoods experiencing this phenomenon. 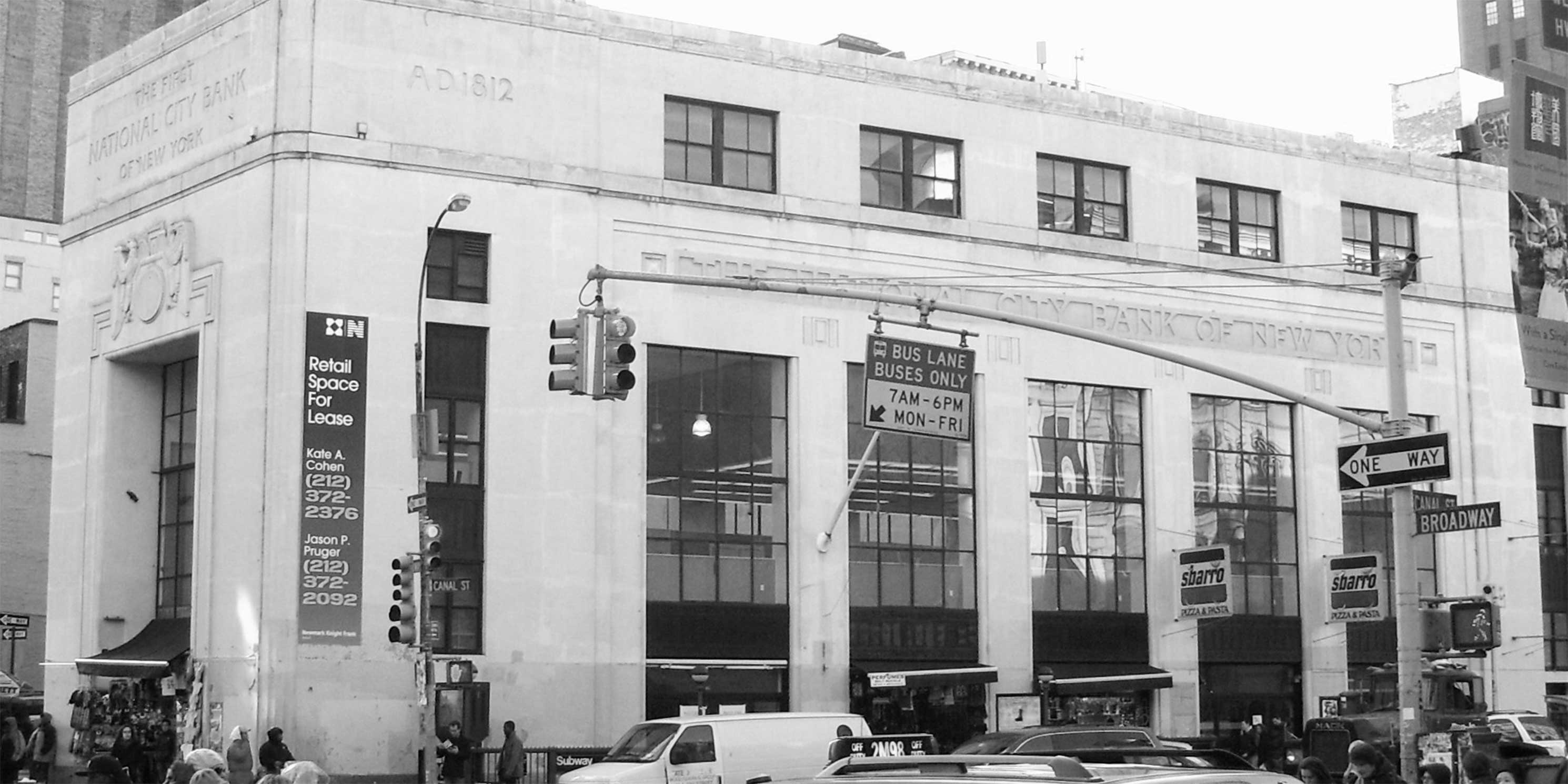 Retail space for lease at the First National City Bank building in Tribeca. Photo: Wikimedia Commons, Beyond My Ken.

The Municipal Art Society of New York (MAS) applauds the New York City Council for its recent amendment to the Commercial Rent Tax exempting retail tenants located between 96th Street and Murray Street in Manhattan that pay less than $500,000 in annual rent and earn less than $5 million dollars in revenue from the 3.9% tax on rent. More than 2,500 retail tenants are expected to benefit from the change in the applicability of this tax.2 MAS considers this amendment to be a crucial first step toward reducing the b urden on small businesses in this part of the city.

As the focus of today’s hearing is on the economic impact of vacant storefronts, our comments will be limited to that concern.

First, MAS considers the collection of additional information pertaining to retail vacancies and rents crucial to the creation of better policies to address this issue. We ask that the City collect detailed information regarding asking rents for retail spaces, current rents for retail spaces, current vacancies in retail spaces, the duration of vacancies in retail spaces, and other key site specific data. MAS asks that such information be made publicly accessible in usable formats such as maps, spreadsheets, and shapefiles to further advance outside study. The entire retail sector has faced substantial disruption by online retailers and the resulting impacts on New York City are yet to be fully understood.3

MAS also suggests that the Department of Small Business Services (SBS) take a more direct role in supporting smaller retailers and increasing the occupancy rates of ground floor spaces throughout the city. SBS should conduct an investigation into other ways it can support retail establishments including, but not limited to, lease negotiation, tax breaks, grant funding, and other financial incentives.

MAS asks the City to consider ways to foster a friendlier environment for businesses in the physical sense. In some locations, obstructions such as scaffolding or sidewalk sheds have a significantly detrimental impact on retailers, especially on those that rely on foot traffic, leading to greater vacancy rates.4 The City can adopt measures such as Intro 1389-2016 introduced by Council Member Ben Kallos.

Finally, as part of the United for Small Business NYC coalition (USBnyc), led by the Association for Neighborhood & Housing Development, MAS is supportive of a set of recommendations that include penalizing landlords who intentionally warehouse commercial properties for more than six months, and the creation of an HPD-coordinated nonprofit commercial development fund, modeled on the nonprofit industrial development fund currently coordinated by the New York City Economic Development Corporation.

Retail spaces are a significant part of what makes New York City’s neighborhoods vibrant and lively places to live, work, and spend leisure time. MAS believes that the loss of many small businesses and prolonged vacancy are a threat to the vitality of our city.

As such, MAS urges the City to take action utilizing our recommendations to support small businesses and retail corridors. We are confident that carefully considered measures can help mitigate the vacancy issues affecting much of the city.

Thank you for the opportunity to provide comments on this critically important matter.