Monument of the Month: The Bellringers – The Municipal Art Society of New York
Skip to content

Monument of the Month: The Bellringers 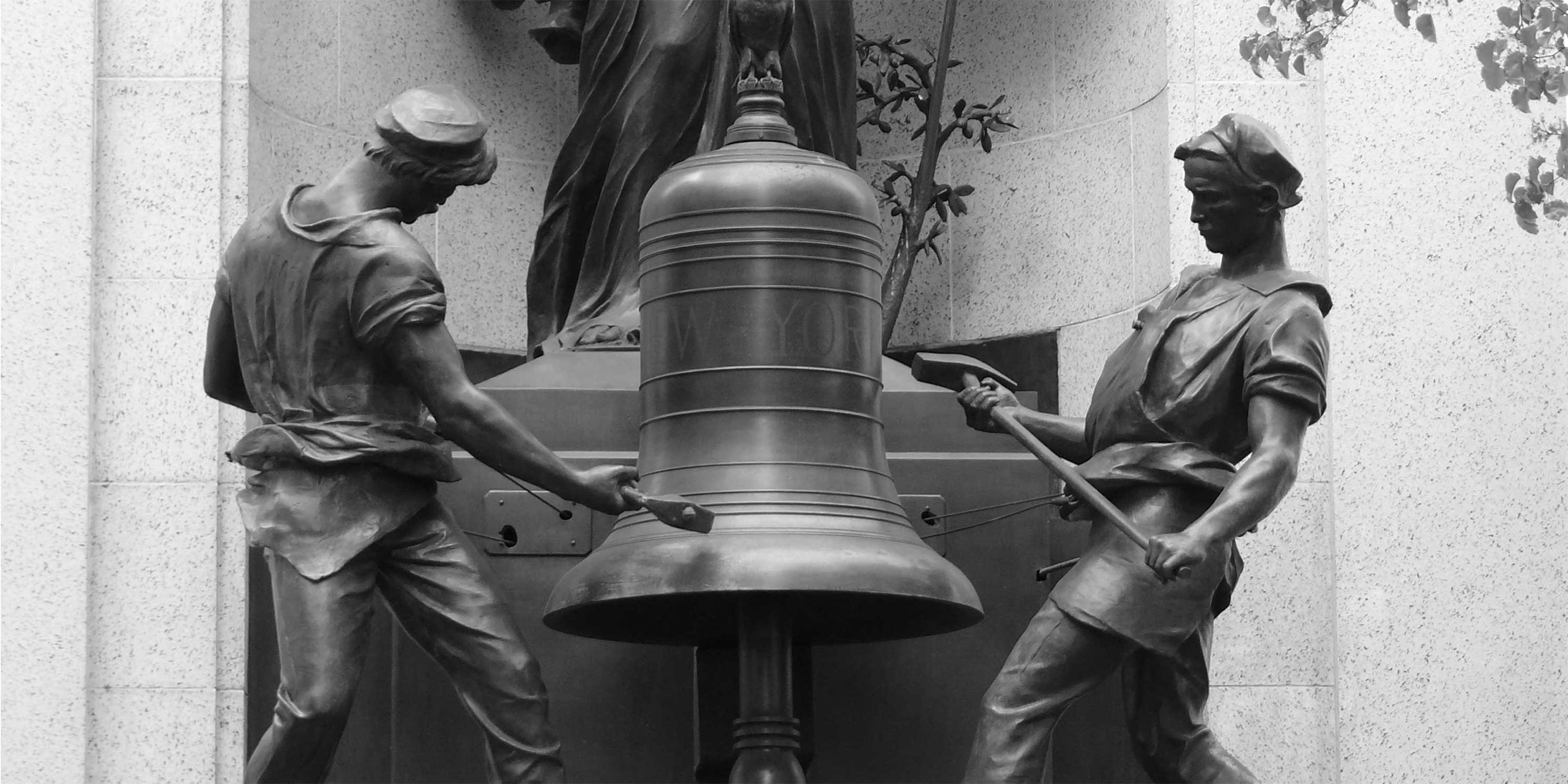 The Bellringers Monument in Herald Square.

Like the Delacorte Clock at the entrance to Central Park Zoo, the James Gordon Bennett Monument (“Bellringers”) in Herald Square is an animated clock that has delighted generations of New Yorkers and become one of the city’s timeless icons. The bronze Bellringers – with heroic-sized Minerva (Roman goddess of wisdom), two blacksmiths, and a large bell – occupy a large niche within a 40-foot-tall Italianate granite structure. Minerva, with her shield and serpents around her breastplate, commands the muscular blacksmiths who swivel and appear to strike the bell each hour. Two large clocks are on the south and north façade of the monument; two bronze owls at the parapet face west and east.

The monument honors New York Herald founder James Gordon Bennett (1795-1872) and his son James Gordon Bennett, Jr. (1841-1918). The bronze pieces were located on the Herald Building that once stood directly to the north of the square on West 35th Street in 1894. Bennett commissioned the French sculptor Jean Antonin Carles in 1892 to create Minerva and the Bellringers for the new headquarters designed by McKim, Mead & White.

Sadly, the sculptures, and the building, had a relatively short life span and in 1921, the bronzes were removed and acquired by New York University, where they languished in storage. In 1939, the university gave the statues on a “permanent loan” to the Parks Department, which unveiled the monument in 1940 on a granite pedestal by Aymar Embury II in its present setting.

In the intervening years the monument received little maintenance until 1984 when Marvin Schneider, subsequently named the city’s Clock-Master, and Eric Reiner assumed responsibility for the general maintenance of the clock (including lubrication of the mechanism, resetting the clock during seasonal time changes, repairs and replacement of parts as necessary.) Then in 1989, under the Municipal Art Society’s Adopt-A-Monument Program, with support from the International Herald-Tribune and MasterCard, the bronze sculptures were conserved by John Scott and the stone cleaned by Remco.

Herald Square was redesigned by the 34th Street Partnership in 1999 and the park transformed with new landscaping. But in 2005, MAS began to notice that the upper bodies of the Bellringers seemed to rock unstably. The stops designed to regulate the movement of the torsos seemed out of alignment causing the hammer to actually strike the bell. It is only supposed to appear to be hitting it! Steel cables that attach the figures to the clock were rusting and fraying. The Incralac coating used in the earlier conservation was also breaking down.

A grant from the George Trescher Foundation helped to rescue this monument once again. The excellent firm of Wilson Conservation carried out the conservation in the summer and fall of 2007. Scaffolding was staged to protect the piece and allow the Park to function. The bronze surface was prepared by washing it with a mild detergent to take off dirt. The old coating was removed with a solvent and water pressure was hosed on to remove any active corrosion. A new patina of dark green and brown tones, considered the most historically correct, was applied carefully with brushes. A thin coat of Incralac, first brushed on and then sprayed on, was followed by two applications of Butcher’s wax.

An engineer, Francois Guillemin, working in tandem with the marvelous Clock Master Marvin Schnieder and Forest Markowitz, carried out the mechanical repairs installing new bronze cables and fittings secured to stainless steel eyebolts on the figures so that the statuary could once again swivel in synchronicity with the striking of the clock bell.

The bronze door was stripped, repatinated, and then hot waxed. The stonework was cleaned and repointed by Integrated Conservation, Co., and the hands of the clock’s face were also repainted. New light bulbs were installed in the owl’s eyes so they could blink, as they did originally, in harmony with the tolling of the bell which by the way stops nightly at 11:00 p.m.

Each year since, Marvin Schneider and Forest Markowitz have generously and diligently taken care of the clock to insure that it chimes properly, adjusting it twice yearly in accordance with Daylight Savings time. The MAS has also been vigilant in maintaining the monument. This summer, Wilson Conservation as they have done previously, executed the critical task of cleaning and waxing the statue. The bronze elements, the back bronze door and the adjacent stone, were cleaned with water and Orvus, a mild detergent. Natural bristle brushes and fine synthetic pads were used to remove the significant amount of dirt that accumulated on the bronze elements in this heavily trafficked site.

The bronze elements were waxed with a clear microcrystalline paste wax. A bucket lift was gratiously provided by the 34th Street Partnership and allowed the Wilson crew to reach the top portion of Minerva.

MAS’s Adopt-A- Monument program thanks Craig LaCaruba and Don Bussolina, of 34th Street Partnership , and always, the invaluable clock experts Marvin Schnieder and Forest Markowitz, and the outstanding conservators, Cameron and Jackie Wilson, for all helping to maintain this treasured monument. 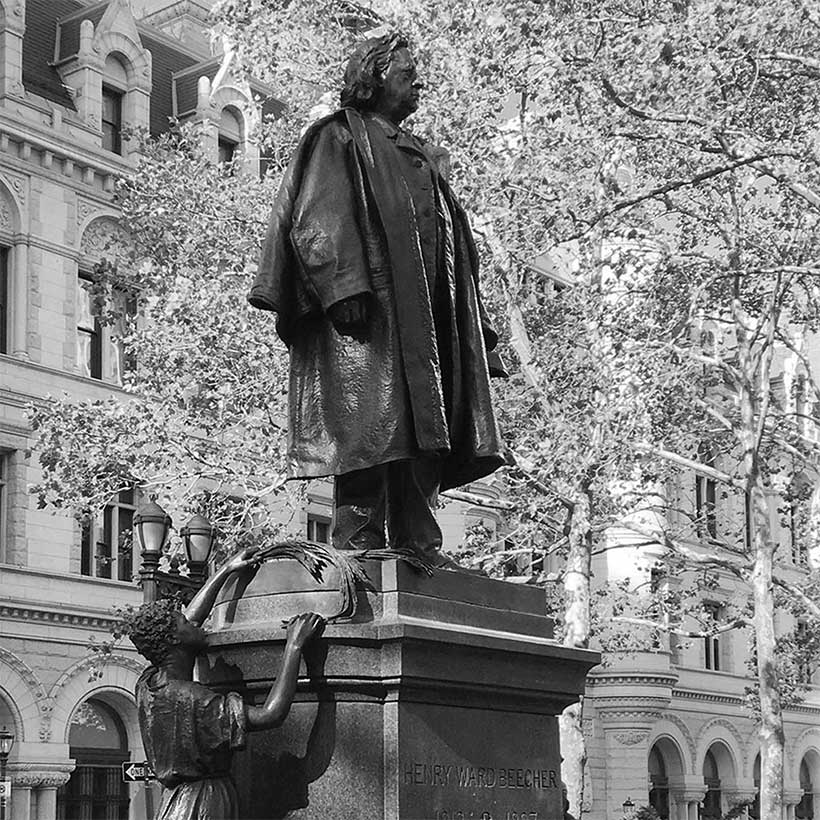 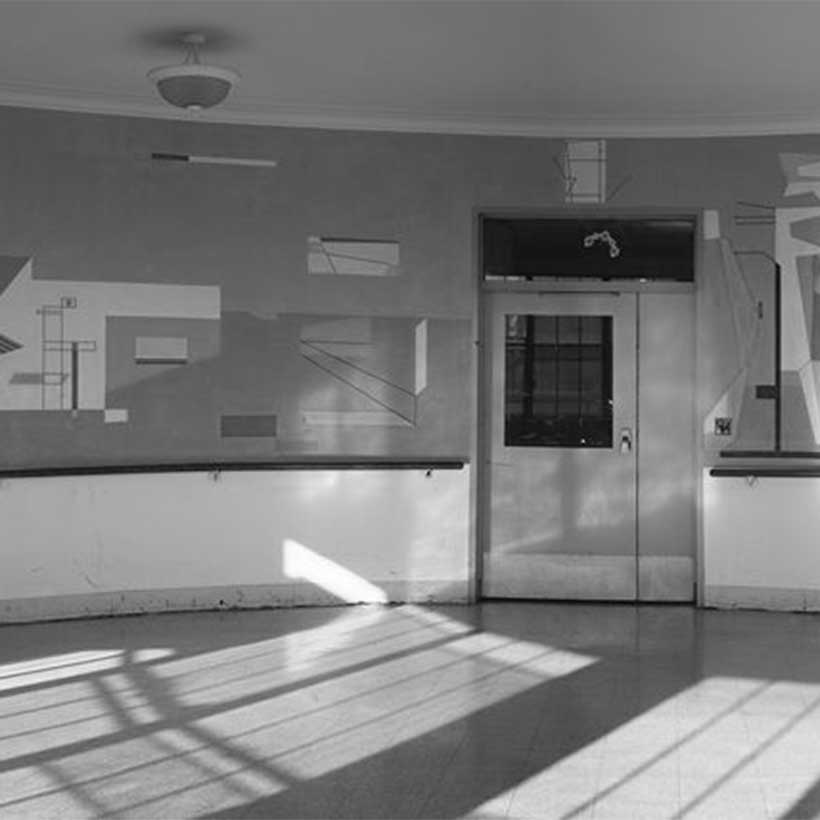 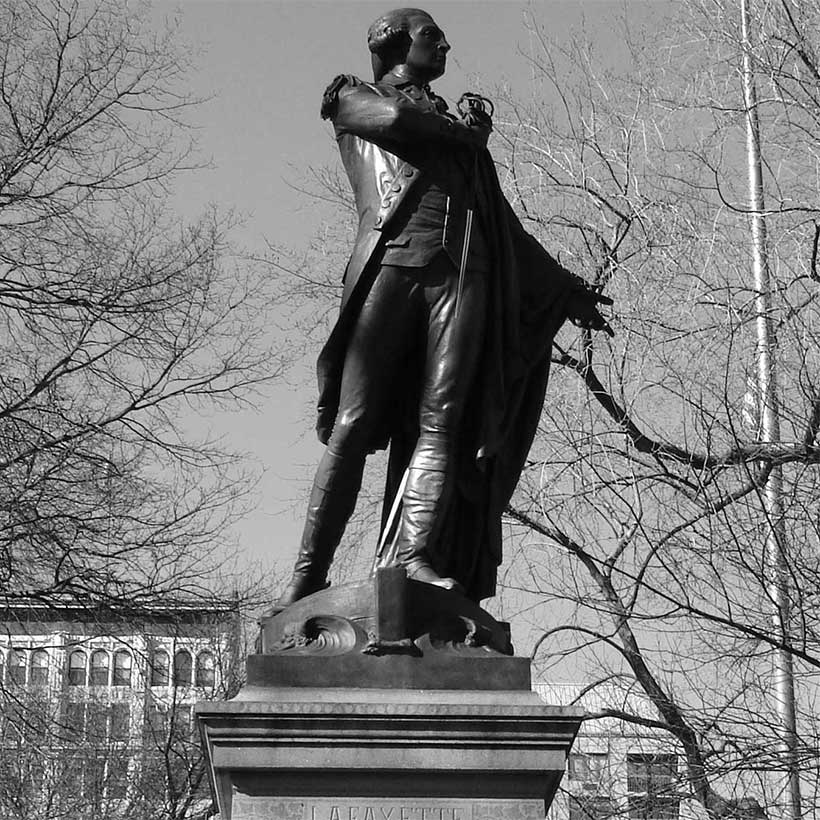