As we all prepare to mark Memorial Day this weekend, MAS encourages you to include a visit to one of New York’s many monuments devoted to our city’s fallen soldiers. One monument of particular importance to MAS is the Bronx Victory Memorial in Pelham Bay Park, dedicated to the 947 soldiers from the Bronx who gave their lives serving in World War I. MAS has the honor and privilege of maintaining this poignant piece of public art through the Adopt-A-Monument program, thanks to the generosity of the Grand Marnier Foundation. 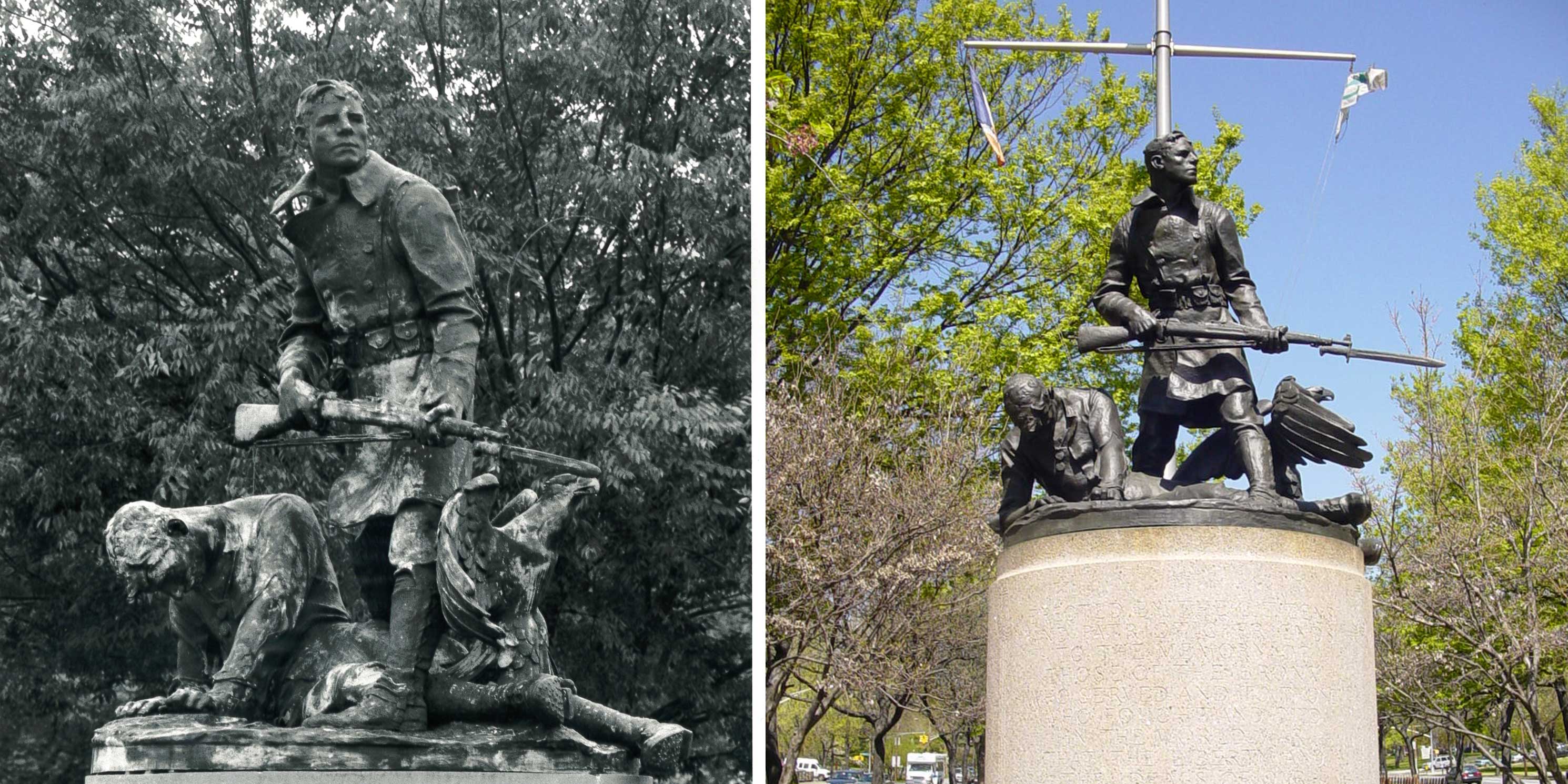 The World War I Bronx Victory Memorial before and after restoration.

The World War I Bronx Victory Memorial, 1925, executed by Jerome Connor, sculptor, and Arthur George Waldreaon, architect, serves as a deeply moving tribute to those who died in the service of their country in “the war to end all wars.” The noble bronze statue on a granite pedestal at Mosholu Parkway and Marion Avenue in the Bronx is one of 107 World War I monuments in New York City parks that hold a reservoir of public memory, sorrow, and victory. The monument is also one of the original twenty in the Municipal Art Society’s Adopt-A-Monument program. MAS has cared for this poignant artwork, cleaning and waxing it every year since its restoration and rededication on May 26, 1988.

Set within a bed of trees on a 17- foot- high circular inscribed stone base, a wounded soldier lies prostrate with his helmet torn from his head. His comrade, standing guard over him is readied with a bayonet. An eagle appears at the foot of the image as if proclaiming the clarion call of war. Connor’s naturalistic style was decried by the Bronx Artist’s Guild for its weak modeling. However, the public responded enthusiastically to the expressive work of art as a symbol crystallizing American sentiments. Seven years after the Armistice ending World War I was signed, thousands of people assembled on Mosholu Parkway to witness the dramatic unveiling of the two life-size doughboys in a somber ceremony of patriotism and pathos.

By 1987, the statue bore scars of corrosion from its position near a heavily trafficked highway. The delicate layer of the original foundry patination had worn away to a matte opaque black appearance. The figurative elements most exposed to rainwater, such as the rifle and wounded soldier’s head and shoulder, showed the greatest evidence of deterioration. Additionally, the base had been painted over to mask graffiti and needed to be restored.

The conservators Linda Merk-Gould and Cameron Wilson, cleaned the heroic size figures, removing all of the years of corrosion. Then, using a propane torch to heat the bronze in the traditional hot wax technique, they applied a petroleum-based wax mixture to the bronze. Lastly, a layer of cold wax was applied over the surface before the piece was buffed with soft clothes. The granite base was cleaned and returned to its natural state so that the World War I Bronx Victory statue today still expresses the meaning of the act memorialized. 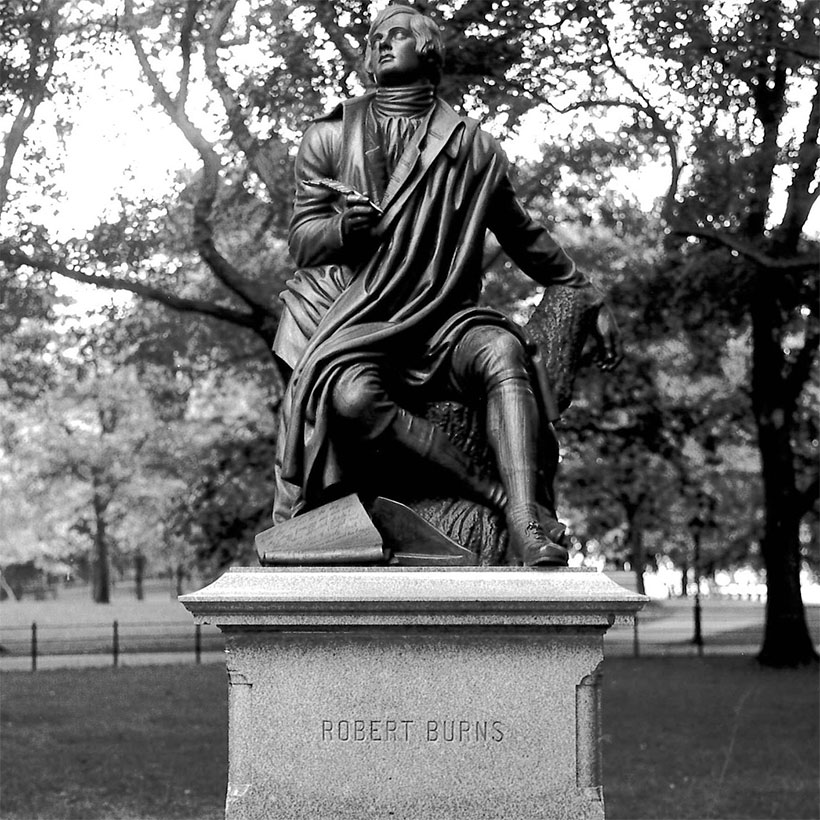