Comments to Staten Island Community Board 1

The Municipal Art Society of New York (MAS) believes the Bay Street Corridor Rezoning poses several opportunities and many challenges for Staten Island’s North Shore. On the one hand, the rezoning has the potential to foster a more vibrant downtown environment and add a substantial number of affordable housing units. However, the lack of demonstrable flood resiliency measures in the areas to be developed and a critical shortage of public school seats and open space resources to support new growth both threaten to undermine the project. Our support for this project is contingent on these deficiencies being addressed.

The rezoning will affect a 20-block, 45-acre area in Staten Island’s Tompkinsville, Stapleton, and St. George neighborhoods in Community District 1. It will result in an incremental increase of 2,560 housing units, 25 to 32 percent of which will be affordable under the City’s Mandatory Inclusionary Housing (MIH) Program. The rezoning would introduce 6,571 new residents to the area.

In addition to the 2.5 million square feet (sf) of new residential development, the project is expected to add 275,000 sf of commercial space and 47,000 sf of community facility use. The rezoning also includes the disposition of three City-owned sites for future development. 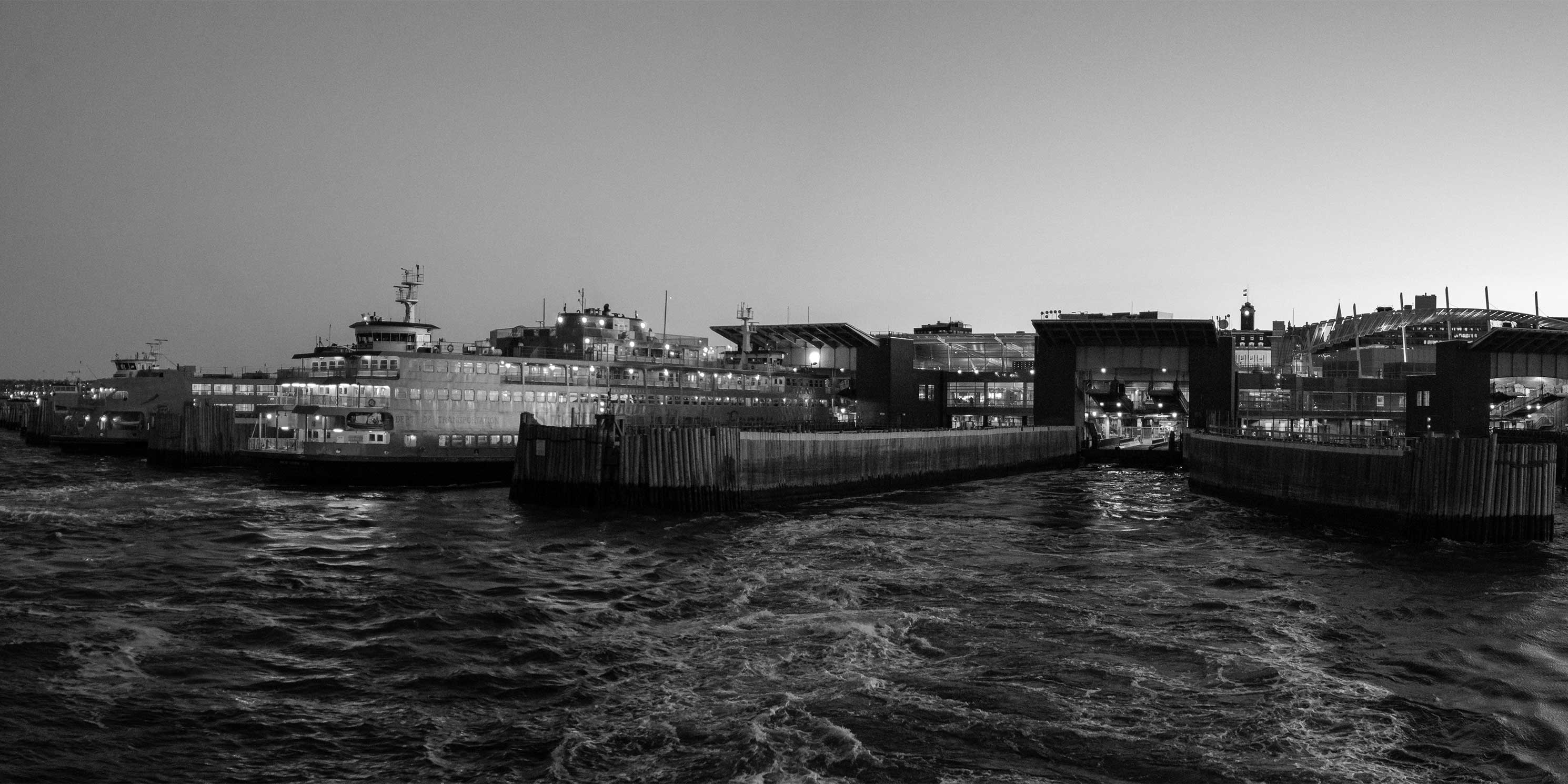 The DEIS estimates that approximately 30 percent of new residential floor area on projected development sites will be affordable under MIH. However, under the project, over 6,500 new residents will be introduced to an area in which the median household income ($43,071) is significantly lower than Staten Island ($74,021) and New York City ($55,191). This raises concerns about indirect displacement of lower income residents as residents with higher incomes move to the area, as well as concerns about indirect displacement of area businesses, as new residents may seek goods and services not affordable to lower income resisents. This situation also raises questions about the actual affordability of the new housing under the proposal. As such, it is critical that the FEIS specifies and evaluates MIH options and the potential impacts that differing income levels can have on socioeconomic conditions in the Project Area.

Therefore, MAS recommends that the deepest level of affordability be applied to the rezoning area to ensure that the new affordable housing will be within reach for the greatest number of current residents.

The project has the potential to directly displace 244 employees in 30 local businesses, the majority of which are located within the Bay Street Corridor. Despite this, the DEIS concludes that the rezoning would not have adverse impacts on local businesses. The DEIS further assumes that any potential for commercial displacement would be offset by the ability of displaced businesses to relocate within the Study Area.

While we support the use of Development Site 5 for new housing, the direct displacement of the Western Beef Supermarket would leave the Bay Street Corrider without a large grocery store and current residents without affordable grocery shopping options. According to the DEIS, the opportunity for new commercial development under the rezoning would alleviate the loss of the supermarket. MAS finds this conclusion to be unsubstantiated. Creating the opportunity for new commercial development does not directly lead to the creation of new stores. Even with the tax benefits offered through the FRESH program, there is no guarantee that new grocery stores would serve or continue to serve similar demographics. The DEIS further states that the presence of other grocery stores outside of the Project Area, such as the Key Food supermarket at 155 Bay Street, would offset the displacement of Western Beef. However, the Key Food in question is decidedly smaller in size and does not have a parking lot. Therefore, MAS recommends that the City explore sites within the Project Area for the development of a new grocery store to ensure that the Bay Street Corrider does not become a food desert.

The No-Action Condition identified in the DEIS also lacks clarity with regard to projected enrollment for the affected school sub-district (Community School District 31, Sub-District 4). It estimates a 4.93 percent increase in utilization rate between the No-Action and With-Action Condition, just below the 5 percent CEQR threshold that would signify a significant adverse impact, warranting mitigation with regard to elementary public schools. We have questions about the methodology used in the calculations in the DEIS. As such, the FEIS must disclose the methodology and sources used to arrive at the No-Action Condition student enrollment estimates.

The Project Area is grossly underserved by open space. The DEIS discloses that the total open space ratio within the residential (0.5-mile) Study Area is expected to decrease by 5.22 percent to 1.22 acres per 1,000 residents under the With-Action Condition. This is well below the citywide average of 2.5 acres of open space per 1,000 residents and significantly below the Department of City Planning’s (DCP) recommended goal of 1.5 acres. The active open space ratio would be nearly 75 percent lower than the total recommended ratio.

The DEIS also projects that total new open space acreage within the 0.25-mile and 0.5-mile Study Areas will increase by 11.63 acres under the No-Action Condition. Some 7.5 acres – about 64 percent of this total – is expected to come from the NY Wheel project, even though this development is no longer slated to be completed due to funding issues and it is unclear what will be built in its place. As such, we find this evaluation to be exceedingly misleading.

The open space evaluation in the FEIS must be revised to exclude the undeveloped portion of the NY Wheel project in its calculations for the No-Action Condition. More importantly, MAS urges the City to create additional open space within the rezoning area to help fill this critical gap. We suggest examining the disposition sites as a possible opportunity for new open space.

The proposed project would cast incremental shadows of varying durations on six sunlight-sensitive resources in the Project Area, including the landmark designated Lyons Pool Recreation Center, a valuable recreational facility for the neighborhood. According to the DEIS, sunlight on the main pool would be reduced by 1.5 hours on the May/August and June analysis days. Despite this, the assessment concludes that the project would not result in significant adverse shadow impacts based on the expectation that “public enjoyment would not be significantly impacted.”2 Given the scarcity of recreational and open spaces in the area as well as the high use of the pool during the summer months, we urge the City to examine design changes that eliminate or reduce shadow impacts on Lyons Pool.

Almost 38 percent of the Rezoning Area, including 12 Projected Development Sites, is within the 2015 100-year flood zone.3 Based on most recent sea level rise projections by the New York City Panel on Climate Change (NPCC), by 2050, 76 percent of the residential construction expected under the rezoning would occur within the 100-year flood zone, a 55 percent increase. The two Project Areas that will accommodate the greatest amount of development under the rezoning, Bay Street Corridor and Stapleton Waterfront, will have 72 percent and 100 percent of its new built floor area within the 2050 100-year flood plain, respectively. Despite this, the DEIS states that addressing resilience for privately owned development sites is not practicable through the rezoning. Given the impacts of Superstorm Sandy on Staten Island and growing concerns about future storm resiliency, we find this conclusion unacceptable. We urge the City to develop an appropriate regulatory framework for new housing design and construction in flood-prone Rezoning Areas to address the increasing risks from storm surges and coastal flooding.

MAS further recommends that the City explore using a Land Disposition Agreement for the City-owned Stapleton Waterfront Phase III Sites, requiring a commitment to design new construction to accommodate potential flooding up to the future Base Flood Elevations as per NPCC Sea Level Rise projections.

Currently, Bay Street functions as the area’s main traffic corridor. It is a two-way street shared by cars, buses, and bicycles, and lacks the capacity to support the increase in traffic predicted under the Rezoning proposal. According to the DEIS, significant adverse traffic impacts will occur during various peak hour evaluation times at 31 intersections in the project area, 22 of which – a whopping 71 percent – would remain unmitigated. For example, traffic at the intersection of Bay and Broad Streets would deteriorate during the weekday morning peak hour, with wait times nearly tripling to about 48 seconds. At Bay Street and Vanderbilt Avenue, traffic delays during the Saturday midday peak hour would worsen from just under 20 to over 22 minutes.

Other major nearby intersections would also be affected. For example, service levels would deteriorate at two consecutive major intersections along Victory Boulevard (at Cebra Avenue and Jersey Street) during the evening peak hour. Combined wait times would more than double from just under a minute to almost two minutes.

Even some smaller intersections would not be immune to significant traffic impacts. During the weekday evening peak hour, the intersection of Front and Wave Streets would deteriorate from an average delay of 9.6 seconds to over 38 seconds.

We find the extent of traffic impacts unacceptable and urge the City to develop a traffic plan that more adequately addresses vehicular and bus traffic congestion.

According to MAS analysis, 81 percent of the proposed affordable dwelling units would be developed on Projected Development Sites within the 2050 100-year floodplain, affecting the east side of the Bay Street Corridor and Stapleton Waterfront Phase III sites. The proposed concentration of affordable units on sites most vulnerable to potential flooding stands in direct opposition to the project’s stated purpose and need for creating long-term affordable housing for Staten Island’s North Shore.

In addition, given the fact that the three city disposition sites offer more than 150,000 sf of developable area outside of the 2050 100-year flood plain, we recommend that the FEIS include an evaluation of an alternative in which the three disposition sites are explored as locations for affordable housing, schools, and new open space.

MAS finds that the DEIS lacks concrete mitigation measures for addressing the considerable adverse impacts on North Shore residents, including school overcrowding, a shortage of open spaces, and traffic congestion. For a project of this importance, MAS urges the City to ensure that the FEIS contains a schedule of mitigation measures and the agencies responsible for monitoring and implementation. Furthermore, we recommend that no certificates of occupancy should be issued for new development under the rezoning unless mitigation commitments and conditions are met.

The Bay Street Corridor Rezoning proposal has the potential to bring about major changes for the Staten Island North Shore community. With more than 6,500 new residents coming to the neighborhood, the City must do all it can to ensure that the area has sufficient open space, public school capacity, and transportation infrastructure to support the intended growth. Given the significance of the project and the increasing risk from storm surges and coastal flooding, we further stress the importance of identifying resiliency measures as part of the rezoning proposal.

MAS has many serious concerns that need to be addressed in the current proposal before we can support it. We urge the City to consider our recommendations as part of the plan.

Thank you for the opportunity to provide comments on this important project.