The Municipal Art Society of New York (MAS) has a number of concerns that we urge the City to address before we can support the East Harlem Rezoning proposal and the East Harlem Housing Plan. We are apprehensive about issues specific to East Harlem (the undercounting of available development sites, potential displacement of local residents, and lack of consideration for shadow impacts and public space needs) as well as broader matters of long-term affordability and preservation of existing units. 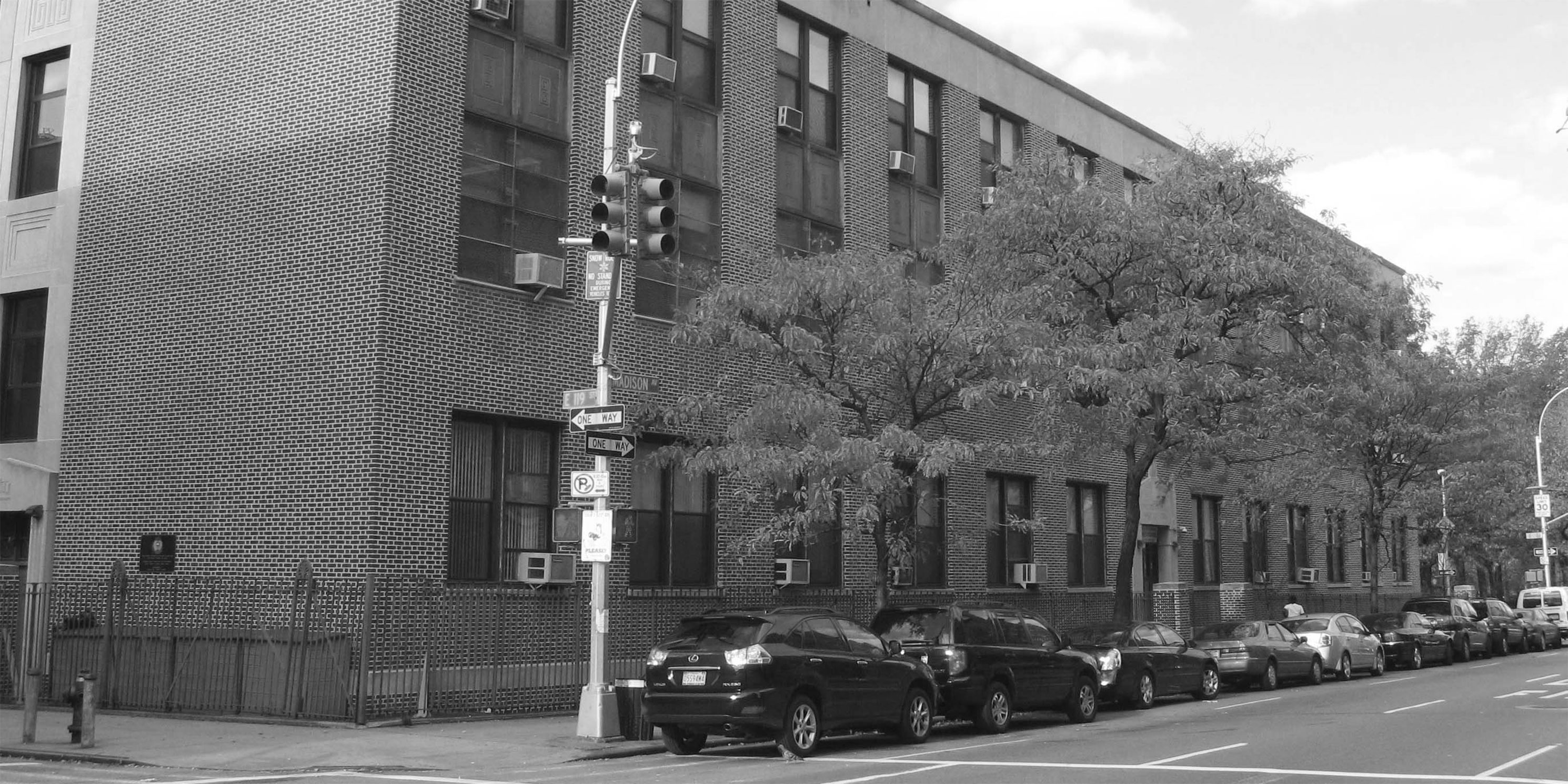 The New York City Department of City Planning (DCP) has proposed a series of land use actions, including zoning map amendments, zoning text amendments, and amendments to the Milbank Frawley Circle-East Urban Renewal Plan, that would affect a 96-block area in the East Harlem neighborhood of Manhattan Community District 11. In addition, the Department of Housing Preservation and Development (HPD) has issued a draft Housing Plan for East Harlem (Housing Plan) that seeks to preserve existing and development new affordable units on City-owned property within the rezoning project area. The six sites identified in HPD’s plan would result in an estimated 2,439 affordable units.

Almost 40 percent of East Harlem households have an annual income below $24,500 and the neighborhood as a whole has a median income of $30,973. The addition of approximately 6,000 new residents to this historically low income area has the potential to drastically change the socioeconomic conditions and character of the neighborhood.

The Reasonable Worst Case Development Scenario (RWCDS), which is the framework of the Draft Environmental Impact Statement (DEIS) analysis, does not accurately represent the most conservative projection of potential development under the zoning proposal and could affect the accurate evaluation of its socioeconomic impacts.

The rezoning area has 521 multi-family residential buildings that are underbuilt based on current zoning.1 This brings to light concerns that the rezoning, by increasing allowable density, would put additional redevelopment pressure on these sites. The DEIS identifies 102 projected and potential development sites in the RWCDS, which excludes 66 percent of the aforementioned underbuilt residential buildings.2 While there might be reasonable arguments for excluding some of these underbuilt multi-family buildings, such as lots with ongoing construction activity, the City’s calculation may be underestimating future development facilitated by the rezoning.

The DEIS states that multifamily buildings with rent-stabilized units are unlikely to be demolished and redeveloped because of the requirement to relocate displaced tenants and was excluded from the RWCDS. Although the draft Housing Plan outlines strategies for preserving these affordable units (discussed herein under Housing Plan for East Harlem), we believe these measures do not go far enough to ensure that rent-stabilized units would not be lost.

To strengthen the analysis of potential direct residential displacement, MAS recommends that the FEIS RWCDS be amended to include underbuilt properties with rent-stabilized units as part of the criteria for selecting development sites, or at the least, provide an alternative analysis that includes these properties in the RWCDS.

The socioeconomic analysis in the DEIS must evaluate an appropriate income band for units under the MIH program. We question how the City can accurately evaluate potential indirect residential displacement without selecting an MIH option.

While the DEIS asserts, without specifying MIH income bands, that rezoning “would result in new populations with higher average incomes than the existing population…and that the incremental population may be large enough to affect real estate market conditions,” it concludes that the rezoning “would not result in significant adverse impacts due to indirect residential displacement.” MAS questions the validity of this conclusion without a full analysis of a specific MIH option and counters that the rezoning could exacerbate existing market-rate forces, and without the proper preservation mechanisms for existing housing, potentially displace a significant number of low-income residents.

Given this gap and the need for establishing targets for low and moderate AMI bands that accurately reflect neighborhood median incomes, the Neighborhood Plan recommended, as does MAS, that at least 20 percent of the affordable units should be at or below 30 percent of AMI.

Because the DEIS does not evaluate potential impacts from illegal conversions from rent-stabilized to market-rate units and that the outlined strategies from the Housing Plan cannot guarantee that these units will be preserved, we recommend that the socioeconomic conditions analysis in the FEIS evaluates indirect residential displacement that takes into account illegal conversions and loss of rent-stabilized units.

According to the DEIS, the rezoning area is significantly below the City’s planning goal for passive and active open space (0.50 and 2.0 acres per 1,000 residents, respectively). Despite the additional approximately 6,000 residents and 1,723 workers expected under the proposal and the added demand on the limited existing open space resources in the project area, the DEIS concludes that no significant indirect adverse impacts would occur because the increase would not exceed the 5 percent CEQR threshold.

Because of the limited amount of open space in the project area, MAS urges the City to pursue options for improving existing and creating new open space to accommodate the demands of the existing and future population of the project area. To improve area open space, MAS suggests that the DCP integrate the recommendations in the Neighborhood Plan. In addition, according to the most recent version of the City-owned and Leased Properties dataset (COLP), 49 sites comprising a total of almost four acres within the rezoning area are City-owned and classified as having “no current use.” Given the significant amount of underutilized property, DCP should examine these sites as locations for potential new park space.

Although the DEIS shadow analysis concludes the rezoning would result in significant shadow impacts on El Catano Garden, Jackie Robinson Garden, and Eugene McCabe Field, no mitigation measures are proposed. Given the paucity of open space in the area, we urge the City to examine design changes that eliminate or greatly reduce shadow impacts on these resources and create new open space in the area, as recommended in the Neighborhood Plan.

MAS believes that many of the preservation strategies outlined in HPD’s Housing Plan (released May 1, 2017) have great potential for success. However, the most promising ones have yet to be implemented. Because the rezoning is likely to move forward before the Housing Plan, MAS contends that the City does not have the mechanisms to effectively prevent the loss of existing affordable housing units, which will be more pressing with the significant amount of development expected under the rezoning.

According to the draft Housing Plan, 75 percent of East Harlem homes are rent-stabilized, rent-controlled, and/or receive some form of governmental assistance that limits the amount of rent that can be charged. The stated priority of the Housing Plan is to protect residents who want to remain in East Harlem.

To achieve this goal, HPD aims to maintain affordable units in their portfolio by proactively informing owners about financial incentives the City can provide. The Housing Plan also outlines a number of forward thinking strategies that we find worth pursuing, including the implementation of community land trust models, expansion of legal representation for tenants, and execution of the “certificate of no harassment.”

While these ideas have great potential, we recognize that they are for the most part in exploratory phases or will be included as pilot programs. Therefore, we strongly urge the City to employ these preservation strategies in concert with the rezoning. Furthermore, we would like to see the final version of the Housing Plan include examples of projects in which preservation incentives for affordable housing have been successfully implemented in light of significant development and deregulation pressures.

According to the Housing Plan draft, the City will prioritize development of over 2,400 affordable units on City-owned properties involving six different projects.

Although the City has committed to deeper levels of affordability for the following projects: Lexington Gardens II, Sendero Verde (SustaiNYC), and MTA Bus Depot sites, where at least 20 percent of all units will be set aside for households earning up to $24,480 for a three-person family (30 percent of AMI), the plan doesn’t specify income bands for the remaining 80 percent of units. MAS concurs with the Neighborhood Plan recommendations to maximize deep levels of affordability and target income bands that reflect the neighborhood median income. Furthermore, we encourage the City to ensure that the units created on City-owned property at the Sendero Verde development would be permanently affordable.

To increase transparency and aid public oversight, MAS recommends that DCP make public all its mapping and GIS data related to the proposal. This includes shapefiles for the project and study areas, potential and projected sites, and other pertinent files. Making this data accessible will encourage more informed recommendations by the public.

We reiterate that our support for the rezoning and Housing Plan is conditioned upon the incorporation of our recommendations in the proposal and FEIS evaluation. Given the current socioeconomics of the area and huge influx of new residents and workers expected with the rezoning, we want to ensure that all potential opportunities for preserving existing and creating new affordable housing have been explored and that the neighborhood’s character will be maintained.
Thank you for the opportunity to provide comments on this critically important proposal.