The time has come for a committed, well-funded, and comprehensive plan

The Municipal Art Society of New York (MAS) commends Council Member Richards, the New York City Economic Development Corporation (EDC), the City, community stakeholders, and the Downtown Far Rockaway Working Group for their efforts to bring vibrancy to Downtown Far Rockaway. Far Rockaway has been in need of revitalization for generations, and we recognize the challenges that lay ahead for the success of the project. 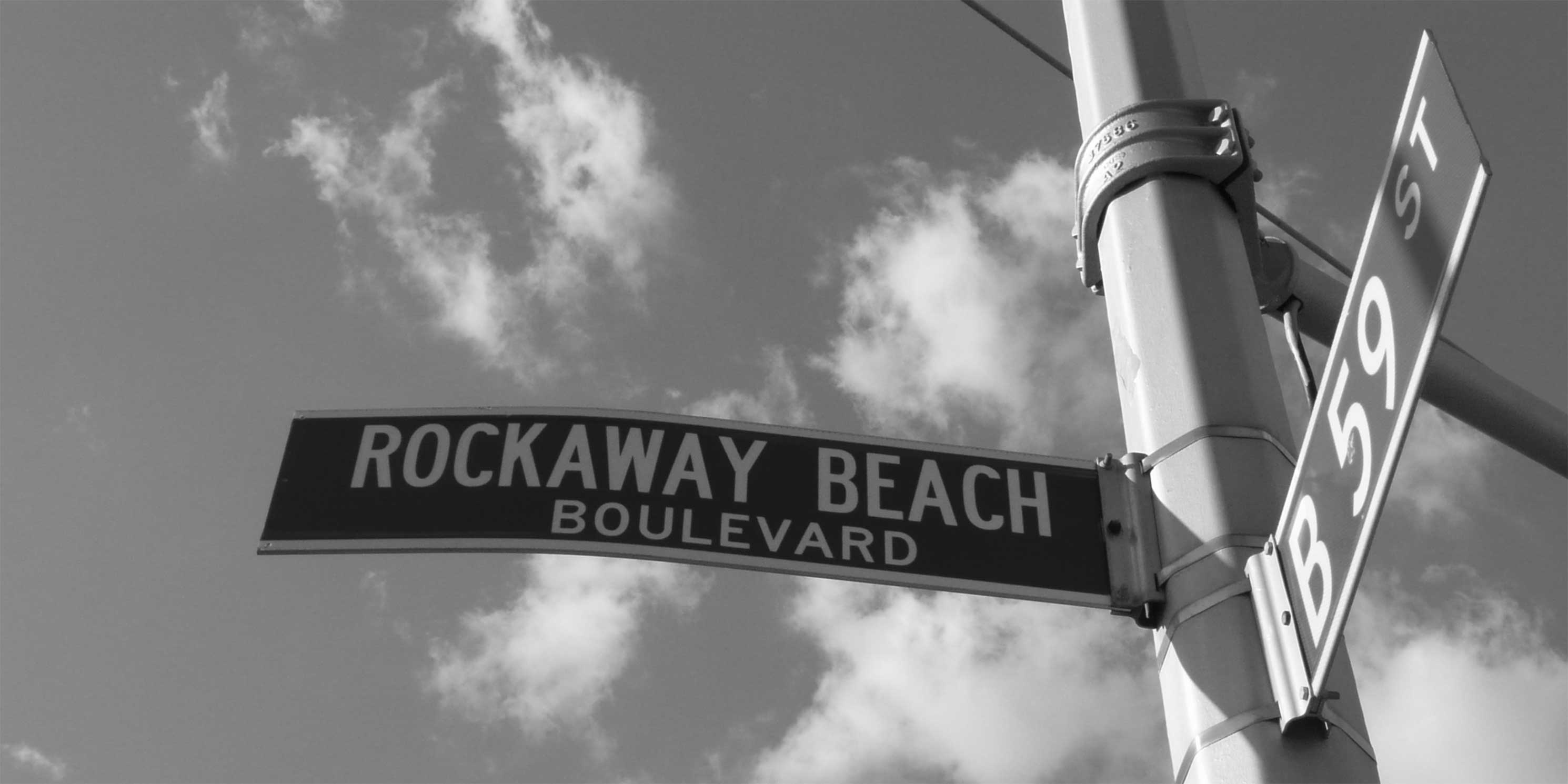 The City is proposing a series of land use actions, including zoning map and zoning text amendments, disposition and acquisition of property, and the designation and approval of an Urban Renewal Area (URA) and Plan (URP) as the centerpiece of the plan, designed to redevelop and revitalize an approximately 23-block area of the Downtown Far Rockaway neighborhood of Queens, Community District 14.

The proposal is expected to bring to the area approximately 8,500 new residents and 3,123 residential dwelling units, of which approximately 1,580 would be affordable.

Mindful of the potential for the proposal to displace area low-income residents, MAS believes the City should define and evaluate a specific Mandatory Inclusionary Housing (MIH) option that reflects the actual income of the community’s residents before the plan is approved. The median household income in the rezoning area ranges from $20,865 to $48,875, which is well below the median household income of Queens ($60,422) and New York City ($55,752).1 According to the Final Environmental Impact Statement (FEIS), issued June 29, 2017, all affordable units would be available to households at or below 80 percent of Area Median Income (AMI), which is currently $72,480 for a family of four.

Given the low income level of a significant portion of the area population and Downtown Far Rockaway’s geographical isolation from other working centers in the city, MAS strongly recommends the Department of Small Business Services (SBS) reach out to the local business community and stakeholders to find equitable solutions to reduce potential business displacement under the proposal.

According to the FEIS, the proposed rezoning would result in the displacement of 30 businesses and 299 workers. Although the expressed displacement levels may not exceed City Environmental Quality Review (CEQR) thresholds deemed significantly adverse, these businesses play an important role in the local economy by providing needed goods, services, and jobs. MAS contends that displacement should be reduced to the furthest extent practicable.

If Downtown Far Rockaway is to be the transportation hub envisioned under the proposal, EDC, the Metropolitan Transportation Authority (MTA), and the Department of Transportation (DOT) need to find feasible solutions to address the transit challenges identified by the MTA in its comments in the FEIS.

MAS believes the revitalization proposal will work in tandem with DOT’s planned Downtown Far Rockaway Urban Design and Streetscape Project, which is expected to begin in 2020. The DOT’s plan could greatly improve accessibility of the surrounding neighborhoods to the Far Rockaway MTA subway and Long Island Rail Road (LIRR) stations and area bus routes. However, as stated in the FEIS, the MTA has serious concerns about the projected relocation of the existing off-street bus stop and bus layover in the two lots on MTA and city-owned property (Block 15705) to an on-street site, removing the annexed parking facility, and unmitigated traffic impacts identified under the revitalization proposal.

Given the relative geographical isolation of Far Rockaway, the overall success of the proposal is dependent on the City arriving at feasible solutions to these issues.

Downtown Far Rockaway is greatly underserved by open space. The area has about half of the citywide average of 2.5 acres of open space per 1,000 residents. With the addition of 8,463 new residents under the proposal, these conditions will undoubtedly worsen. According to the FEIS, approximately 11 acres of open space would be needed just to meet the citywide average. We find that the proposal does not adequately provide quality passive and active public space. Therefore, the City should work with the community to come up with a plan that addresses the shortage. We suggest exploring opportunities to convert city-owned sites or create community gardens.

Furthermore, MAS recommends that the plaza in the URA be subject to design guidelines found in the NYC Zoning Resolution2 for privately owned public spaces (POPS) and plazas throughout the city, specifically with regard to seating design, water features, play areas, and artwork.

According to the FEIS, the new residents expected under rezoning proposal would overburden publicly funded childcare facilities by almost 50 percent in an already vulnerable area. The rezoning would leave the community with a deficit of 209 child care facility slots. Therefore, we believe the Administration of Children’s Services (ACS) and the Housing Preservation and Development (HPD) should work with the community to define a cohesive plan to address this problem. MAS also encourages HPD to mandate the inclusion of childcare facilities in any developments receiving public subsidies within the URA’s boundary.

With the new residents in mind, the School Construction Authority (SCA) should explore the request by Queens Community Board 14 for a new school facility under the plan.

Given the importance of the URA to the proposal, it is critical that the City demonstrate the availability of sufficient funding to ensure its long-term success. Despite the best intentions, urban renewal projects often end up as cleared space that is left as large swaths of vacant land. As an example, the nearby Arverne East Renewal Area was cleared for development in the late 1960s and 81 acres remain vacant today.3 Therefore, MAS recommends that the City itemize and publicly disclose the allocation of $91 million to the commitments described in the Downtown Far Rockaway Roadmap for Action.

MAS points to the importance and the applicability of the proposal to Local Law 175, which is intended to promote transparency and accountability regarding City commitments. The law requires the documentation of allocated funding and completion dates for every commitment by the City. Given the importance of the project and the level of investment, MAS believes commitments under the proposal for affordable housing, public space, community facilities and infrastructure should be subject to oversight protocols mandated by the local law.

MAS agrees with concerns raised by Borough President Melinda Katz regarding the modifications made to the project area boundary after the Community Board had reviewed the project under ULURP. The ULURP process is designed to provide involved stakeholders with complete and detailed information on any particular proposed action. The late modification to expand the project boundary without being reviewed by the Communty Board underminds the ULURP process. Therefore, MAS recommends that any relevant information about proposed land use actions should be fully disclosed and all involved parties should be given sufficient time to review any substantial changes.

MAS recognizes the critical need for revitalization in Downtown Far Rockaway. The time has come for a committed, well-funded, and comprehensive plan to address the conditions that have long plagued the community.

We commend the efforts by the City and understand the significant challenges that lay ahead for the success of the proposal. However, we strongly urge the City Council to incorporate our recommendations. We promote a truly equitable approach to providing affordable housing that meets the needs of the community; facilitating collaboration with the MTA to see that Downtown Far Rockaway can become a transportation hub; exploring ways to create quality open space through collaboration with the community; implementing design guidelines to ensure that the proposed public plaza in the downtown will be the inviting focal point of the area; finding opportunities for new childcare facilities; demonstrating that sufficient funding will be provided for the URA to ensure long-term investment in the downtown; reducing the possibility of displacement of local businesses and jobs; and conforming with oversight and transparency protocols for City commitments under Local Law 175.