On January 21, 2016, the East River Fifties Alliance (ERFA), along with Manhattan Borough President Gale Brewer, City Council Members Ben Kallos and Dan Garodnick, and State Senator Liz Krueger, announced that its proposal for one of the most sweeping community residential re-zoning plans in City history has been submitted to the Department of City Planning. The new zoning plan for the Far East 50s (the area between 52nd Street and 59th Street, east of 1st Avenue), would restrict supertowers and out-of-scale development in that neighborhood, while providing for affordable housing. 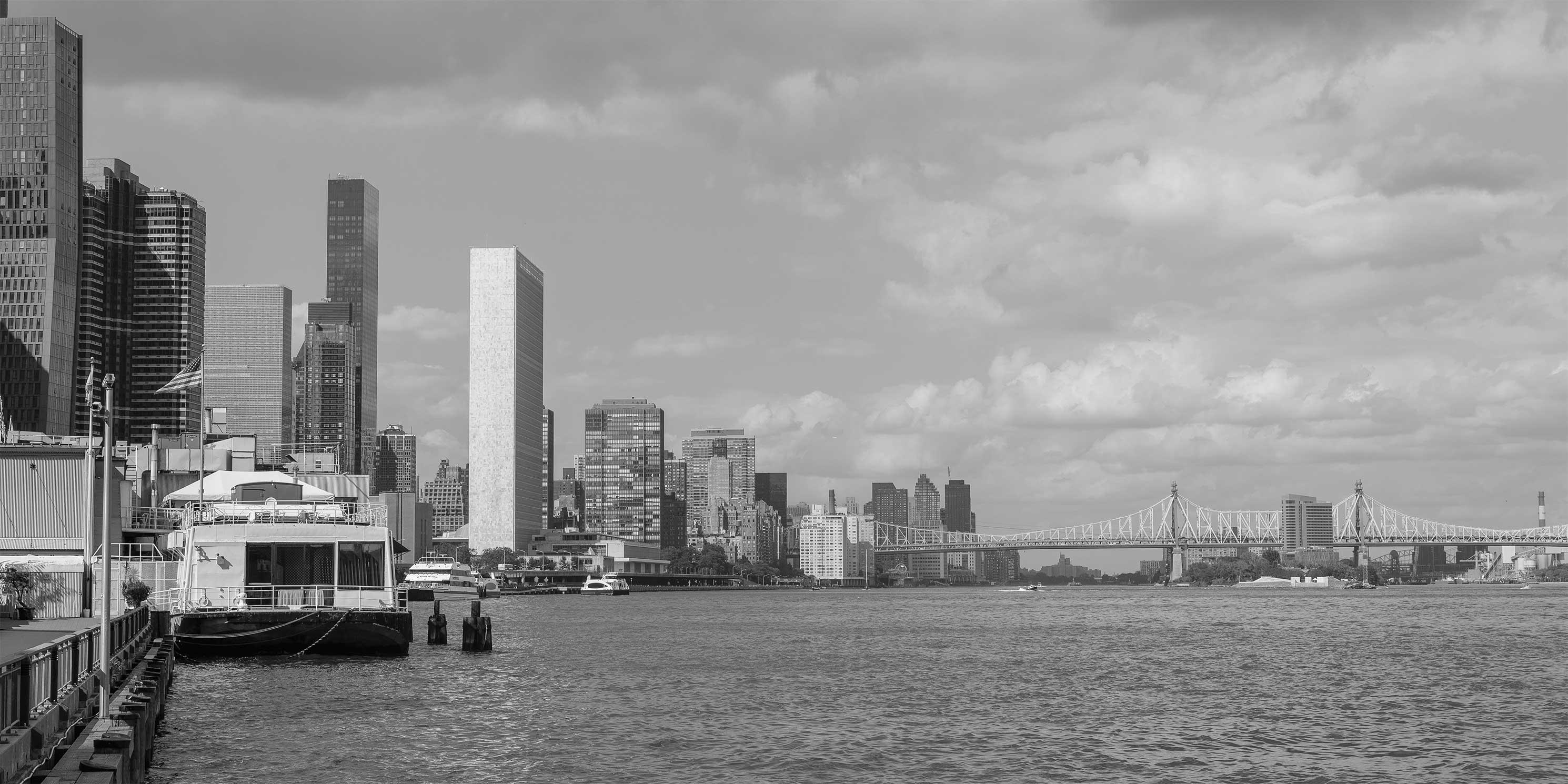 “This is an historic day,” said Alan Kersh, President of ERFA, a coalition of residents, community organizations, condominiums and co-ops in the East River Fifties neighborhood. “Our ‘people’s plan’ is one of the largest and most comprehensive re-zoning proposals put together by a community in the City’s history. It’s also the first plan of its kind to include affordable housing as a component. We’ve worked hard to create a plan that will not only maintain the character of our own neighborhood, but will potentially serve as a template for other communities too.”

“We are drawing a line on the march of superscrapers at billionaire’s row to protect our city’s residential neighborhoods,” said New York City Council Member Ben Kallos, who represents the neighborhood and is a plan applicant. “The outdated zoning laws developers currently use for self-enrichment will be updated to protect residential neighborhoods from over-development. The East River Fifties Alliance has proposed a rare community application to rezone a neighborhood, making it impossible to build superscrapers ‘as of right.’ They have risen to the challenge of winning support from elected officials, the community board, buildings and residents to bring an application to rezone and save the neighborhood.”

“We support the efforts of the East River 50’s Alliance to develop a community-driven neighborhood rezoning plan that provides for smart development and affordable housing, while at the same time preserving neighborhood character. We look forward to an inclusive process with feedback from the broader community to help shape the details of this plan and urge the Department of City Planning to work with them in achieving these goals,” said Manhattan Borough President Gale Brewer, one of the applicants of the plan.

Usually such fundamental planning changes come from within the City’s government or at the behest of landowners/developers. The new zone would cover portions of East 52nd to East 59th Streets, east of First Avenue to the East River. (A map is shown at the end of the release.)

ERFA’s re-zoning proposal was sparked, in part, by the wildly out-of-scale 1,000 foot megatower proposed by the Bauhouse Group on East 58th Street between First Avenue and Sutton Place. That proposal would take advantage of the fact that the Far East 50s is still subject to an outdated, 1960’s era R10 zoning designation, which sets no specific height limits on apartment buildings. Today, R10 zoning is generally limited to busy commercial or mixed use avenues in Manhattan. The Far East Fifties is the only residential neighborhood in New York City where mid blocks and quiet residential streets like Sutton Place are still subject to R10 zoning.

“Today we say enough is enough with mega supertowers that are wildly inconsistent with the surrounding area. The community is striking back with a thoughtful plan that can serve as a model for future contextual rezoning efforts, and it deserves the Department of City Planning’s serious and careful attention,” said Council Member Dan Garodnick, who is one of the co-applicants.

“The people of this community don’t want unbridled and inappropriate development that overwhelms our infrastructure and drastically alters the character of our neighborhoods. In fact, most New Yorkers agree the explosion of new super towers filled with empty apartments only billionaires can afford is harming our city’s future. This zoning plan is truly a grassroots effort in community-based planning. It lays a foundation for rational growth and allows the affordable housing we desperately need. I am proud to join Council Member Kallos and the East Fifties community as a co-applicant on this ‘people’s’ zoning proposal,” said State Senator Liz Krueger, another of the plan’s applicants.

The new zoning proposal, which was carefully written and overseen by prominent urban planners, Douglas Woodward and Sandy Hornick, and environmental and land use counsel, Carter Ledyard and Milburn LLP, would create an entirely new zoning district. “The proposed new zoning district would protect community character by limiting height, encouraging contextual residential development, and promoting affordable housing. The details of the district will be worked out with the Department of City Planning over the next few months, but we are pleased to be part of this groundbreaking, community-led initiative,” said Chris Rizzo, a partner in the law firm and counsel for ERFA.

“In keeping with Mayor de Blasio’s inclusionary housing plan, it would also help ensure that at least 25% of all new units would be affordable,” said planner and urban designer Douglas Woodward, who worked on the proposal. “The new zoning proposal creates a maximum FAR (floor area ratio) of 13, as opposed to the current 12 for this residential district, which will facilitate the construction of affordable housing, and allow the development of community spaces, such as medical offices or day care facilities, while still keeping the residential and non-commercial nature of the district intact,” he continued. The plan would also limit the height of buildings to no more than 260 feet (approximately 25 stories).

Currently, R10 and equivalent zones throughout the City only create about 4-5% affordable units with each new development. If fully implemented, the ERFA plan would nearly quadruple the amount of affordable housing in new developments in our neighborhood. The details of how that goal could be best met – whether by making the affordable housing component mandatory, voluntary, or by some other formulation – will be determined in ERFA’s negotiations with City Planning.

“I’ve lived in the Sutton neighborhood for 30 years. I love that it has the warm feel of a small town and is comfortable for a diversity of people. I’ve heard about changes occurring in other places that destroy their neighborhood ambience and their sense of uniqueness as communities. I was worried that the same thing could happen here. I’m happy that the East River Fifties Alliance has come up with a re-zoning plan that will help keep our neighborhood livable and includes affordable housing,” said Jessica Osborn, Vice President of ERFA.

In addition to Council Members Ben Kallos and Dan Garodnick, Manhattan Borough President Gale Brewer, and State Senator Liz Krueger, all of whom signed on to the proposal, ERFA’s efforts are endorsed by such civic groups as the Municipal Art Society, CIVITAS the Sutton Area Community, Inc., Friends of the Upper East Side Historical Districts, and Turtle Bay Association, as well as Community Board 6, and other elected officials, including Congresswoman Carolyn Maloney and Assemblymember Dan Quart.

Now that ERFA’s proposal has been formally submitted to the Department of City Planning, it enters a phase called “pre-ULURP,” followed by the ULURP process. ULURP is the Uniform Land Use Review Procedure (ULURP), a standardized procedure whereby applications affecting City land use is publicly reviewed. This procedure is intended to solicit public input from the broadest possible range of people and includes review by community members, Community Board 6, the Borough President, City Planning Commission, City Council, and the Mayor.

“This plan would provide this R10 district, virtually the only remaining R10-zoned area without protection from out-of-scale construction, a method of sympathetically weaving new development into the fabric of the community while promoting affordable housing,” said Sandy Hornick, another urban planner who worked on ERFA’s proposal.

“Many neighborhoods in New York are still governed by zoning rules that are three decades or more out of date—rules that could never have anticipated the technological feats or market forces that have given rise to this new era of supertall towers,” said Mary Rowe, Executive Vice President of the Municipal Art Society of New York. “This plan creates a model for engaged citizens to be part of shaping the new rules for New York: we shouldn’t have to settle for an ‘Accidental Skyline.’” 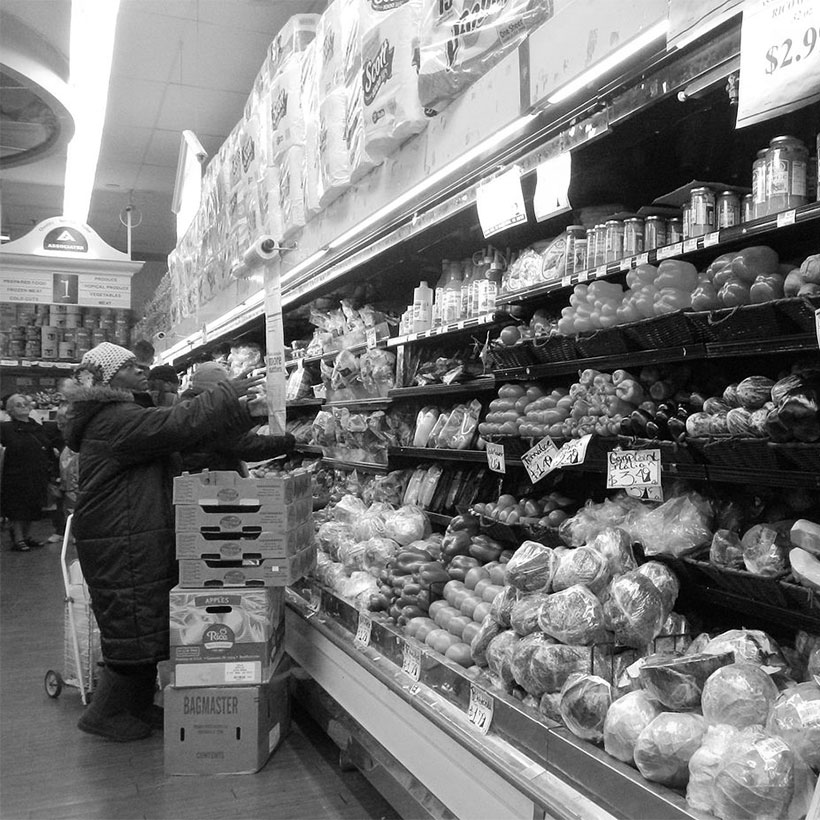