The Municipal Art Society of New York (MAS) has been tracking recent land use actions governing development in the Two Bridges neighborhood in Manhattan. The current Two Bridges Large-Scale Residential Development (LSRD) Proposal, now under consideration by the City Planning Commission (CPC), would result in over 2.5 million gross square feet of development including over 2,500 new dwelling units within three high-rise buildings. It is clear that the scale of the development will permanently change the Two Bridges neighborhood and the city’s skyline (see images below).

Understandably, the LSRD proposal has triggered a heated debate about the City’s land use decision-making process, the role of community-based planning, and how to foster effective public input in major land use decisions.

Given the importance of the development, MAS has explored the background behind the Two Bridges LSRD, and the planning and land use issues currently in play. We also provide photosimulations of how the proposed developments will look if allowed to move forward.

Where is Two Bridges?

What is a Large-Scale Residential Development?

LSRDs are developments that involve several zoning lots that are planned together as a unit. LSRDs are subject to regulations in the NYC Zoning Resolution that govern use, bulk, parking, and other applicable rules. They are also subject to special provisions that are designed to allow for greater site planning flexibility and to achieve more efficient use of scarce land.

An LSRD can only be approved if the CPC finds that the redistribution of bulk and open space on a particular site will result in a better site plan and have a better relationship among buildings and open areas with the neighborhood than would be possible without modifying the underlying zoning. Substantial updates or changes to an LSRD, defined as either minor or major modifications, must be approved by the CPC, which must consider whether the changes require waivers or zoning actions not included in any previous approvals.

In the case of the Two Bridges LSRD application, three developers seek modifications to the existing site plan regarding height and setback rules and minimum distance between buildings requirements to allow for the construction of the high-density towers on the former TBURA.

What is the current Two Bridges Proposal?

Approval of the Two Bridges LSRD applications would allow three new mixed-use high-rise buildings, a 1,008-foot rental tower at 247 Cherry Street (JDS Development Group), a 798-foot dual-tower project at 260 South Street (L+M Development Partners and CIM Group), and a 730-foot building at 259 Clinton Street (Starrett Corporation). Together, the three buildings would bring over 2.5 million gross square feet of total development including 2,775 new residential units to the area. This would permanently alter the Two Bridges neighborhood and the East River skyline.

To illustrate how the proposed developments would look upon completion, MAS created 3D photosimulations, shown below, using project drawings and information submitted for the Draft Environmental Impact Statement (DEIS).

What does the neighborhood think?

Community groups and elected officials have raised concerns about the scale of the proposed residential developments and the potential indirect displacement of current residents due to the proposed large influx of market-rate units. In addition, opponents maintain that the modifications to the LSRD site plan that would facilitate the development of the towers are not “minor,” as asserted by the City, and instead, warrant a Special Permit, which would ensure that they would be subject to ULURP. Under ULURP, the public would have an opportunity to provide input and City Council members would have real leverage in representing the interests of their constituents.

Why are the proposed towers being reviewed together under CEQR?

The Department of City Planning (DCP), acting on behalf of the CPC, decided that given their close proximity, similar construction periods, and anticipated completion years, the proposed developments should be evaluated together under CEQR. This approach would help identify and address the potential cumulative environmental impacts that are likely to occur.

What are the potential environmental impacts of the three developments under the LSRD?

The project DEIS concludes that adverse impacts on elementary schools, publicly funded childcare facilities, and open space are likely to occur due to the significant increase in residential population under the LSRD. The increased population would also permanently affect traffic congestion, as well as pedestrian circulation and access at the East Broadway-Rutgers Street subway station (F train).

During construction, the DEIS states that the project will result in increased traffic congestion, a shortage of parking, and noise impacts. Upon completion, the three towers would cast significant incremental shadows on five nearby open space resources: Cherry Clinton, Lillian D. Wald, Little Flower, Coleman Playgrounds, and Rutgers Park. To show these shadow impacts, MAS created animations, shown below, comparing existing and proposed shadow conditions. Finally, the DEIS does not define specific measures to mitigate the potential adverse impacts nor any mechanisms to enforce them. 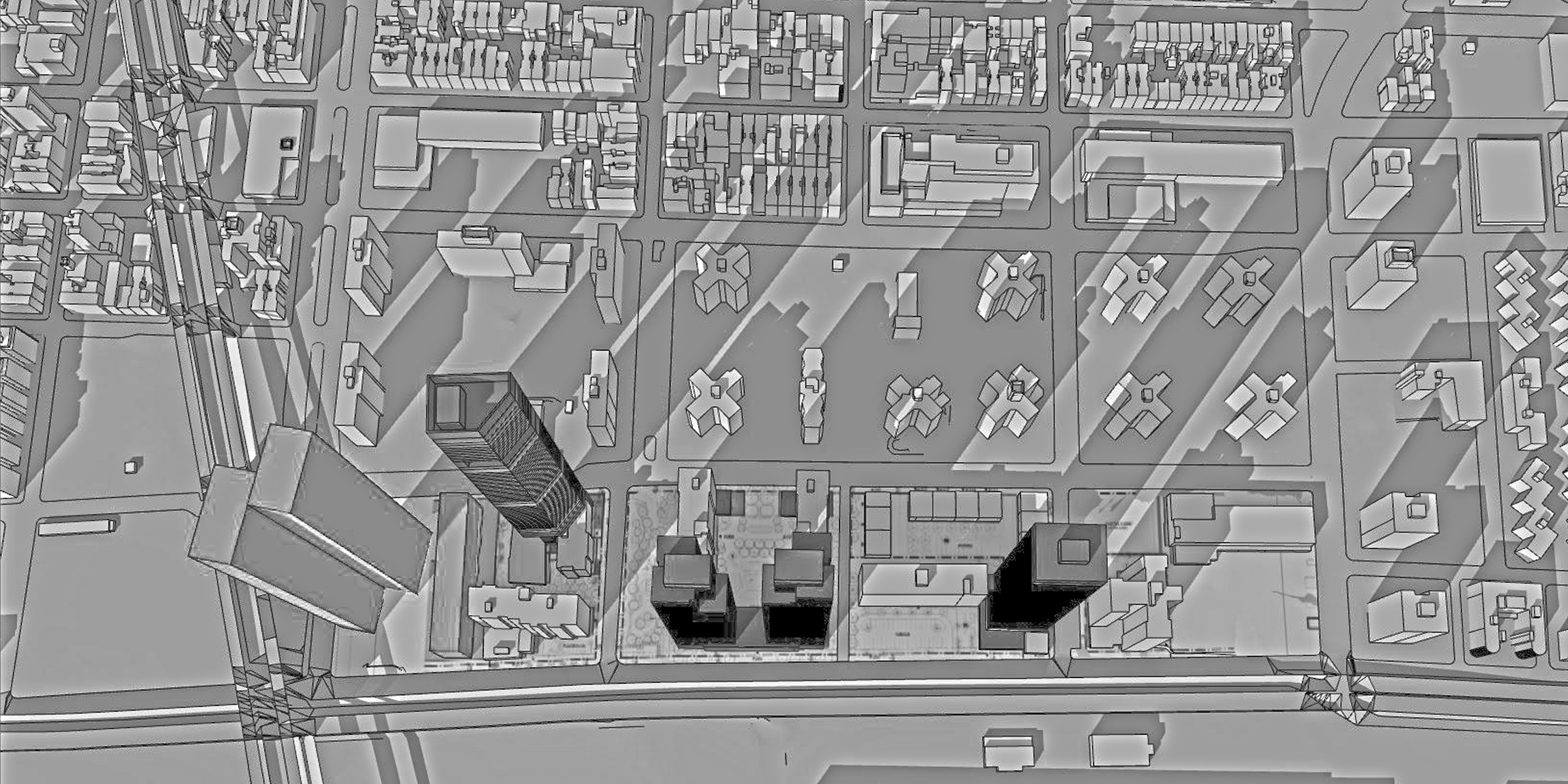 What is the difference between a minor and a major modification to the LSRD?

In 2016, former director of the DCP Carl Weisbrod, determined that the proposed projects under the Two Bridges LSRD constitute minor modifications, thereby allowing the developers to move forward without having to seek a Special Permit or going through ULURP. And since the projects would not be subject to ULURP, they would not need approval from the New York City Council, leaving the final decision solely to the CPC.

Have there been modifications to the LSRD in the past?

Since the creation of the Two Bridges LSRD in 1972, at least two certifications, eight authorizations, and five Special Permits have been granted. These actions effectively modified the rules that govern development in the area. The City granted waivers for height limits, setbacks, and distance between buildings. These modifications were granted through Special Permits, which were subject to public review. Although the Two Bridges DEIS lacks clarity in describing the LSRD modifications that would facilitate the proposed development, the previous Special Permits issued for the LSRD could be seen as a precedent for triggering public review.

Without ULURP, what opportunity does the public have to voice concerns?

As mentioned previously, DCP decided that the applications for developments under the Two Bridges LSRD must be reviewed cumulatively under CEQR. As required, DCP, the CEQR lead agency, released the DEIS on June 22, 2018, which started a 60-day period for the affected Community Board (Manhattan CB3) to issue comments and a resolution.

Members of the public have two more opportunities to comment on the proposal and the DEIS: during the next scheduled Community Board 3 public meeting on August 14 and on October 17 at the CPC public hearing.

What are the implications of the proposals not going through ULURP?

Without the ULURP process, the developments in the LSRD would not be reviewed by the Manhattan Borough President’s office and public input would be limited to the CB3 and CPC meetings. Most importantly, the project would not be subject to a vote by the City Council.

Ultimately, this means that the terms of the project, the disclosure of adverse impacts and mitigation measures would not be negotiated by the elected officials with the leverage to approve or disapprove the application. In short, without ULURP, the bargaining power of the public is very limited.

Are there any alternatives for the area?

There are two proposed land use alternatives for the Two Bridges area:
On Oct. 12, 2017, Manhattan Borough President Gale Brewer and Council Member Margaret Chin, filed a draft zoning amendment to change zoning rules for a section within the Two Bridges area. The amendment would require developers to apply for a Special Permit to facilitate the construction of the towers. This would require the applicants to go through ULURP review. In addition, in their letter to CPC, CM Chin and Borough President Brewer requested their application be expedited for consideration. If accepted, the proposed amendment could ensure that community members and their representatives have more input during the approval process.

The Chinatown Working Group (CWG), a coalition of community organizations, has been working on a plan to rezone parts of Manhattan’s Chinatown and the Lower East Side since 2008. After the DCP declined to file an application based on the plan in 2015, local community groups initiated another proposal to rezone Subdistrict D, a strip along the waterfront located between Catherine Street to the south and East 13th Street to the west. The current proposal from the Good Old Lower East Side (GOLES), Committee Against Anti-Asian Violence (CAAAV), Tenants United For Fighting Lower East Side (TUFF-LES), and Community Board 3, includes height limits, requires special permits for big-box commercial stores, increases community and public open space, provides a mandate for permanently affordable housing, and would institute stronger anti-harassment protection measures for local tenants.

What can the public do?

Although there is no formal public review process and opportunity for negotiation is limited, it is vital that residents and groups concerned about this application attend the two public meetings scheduled:

Stay informed through your local representative’s office and community board

You can review the DEIS documents here 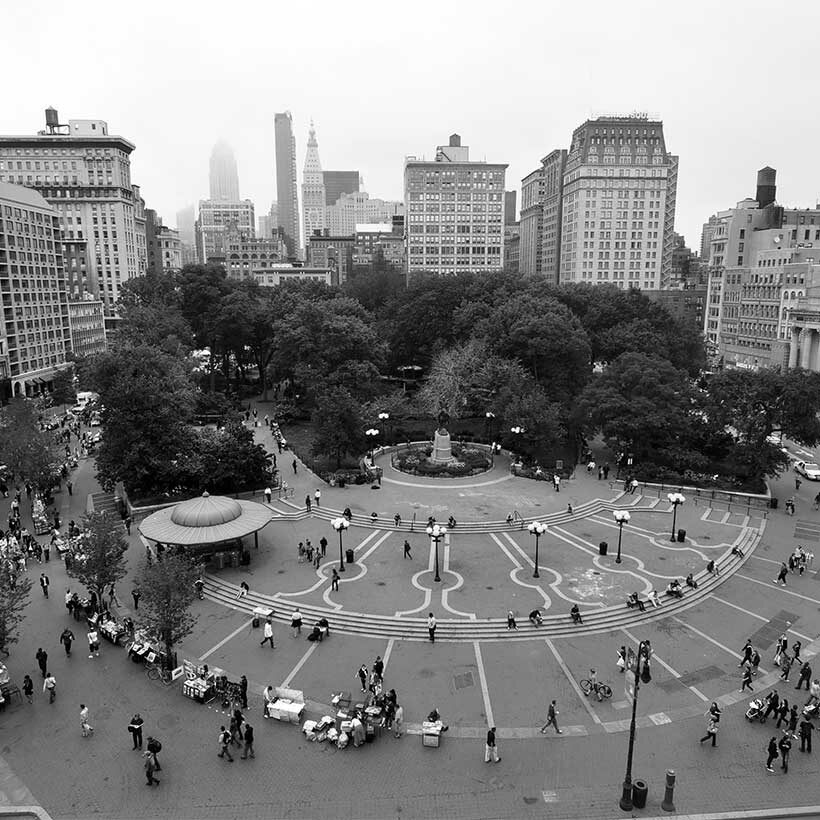