The Municipal Art Society of New York (MAS) commends the Central Park Conservancy for its conscientious attention to accessibility at Belvedere Castle and its diligent efforts to find an appropriate solution that meets the needs of all park users. However, we are unable to support the current proposal. We urge the City to work closely with the Conservancy to arrive at a less disruptive plan for both Belvedere Castle and its adjoining landscape. 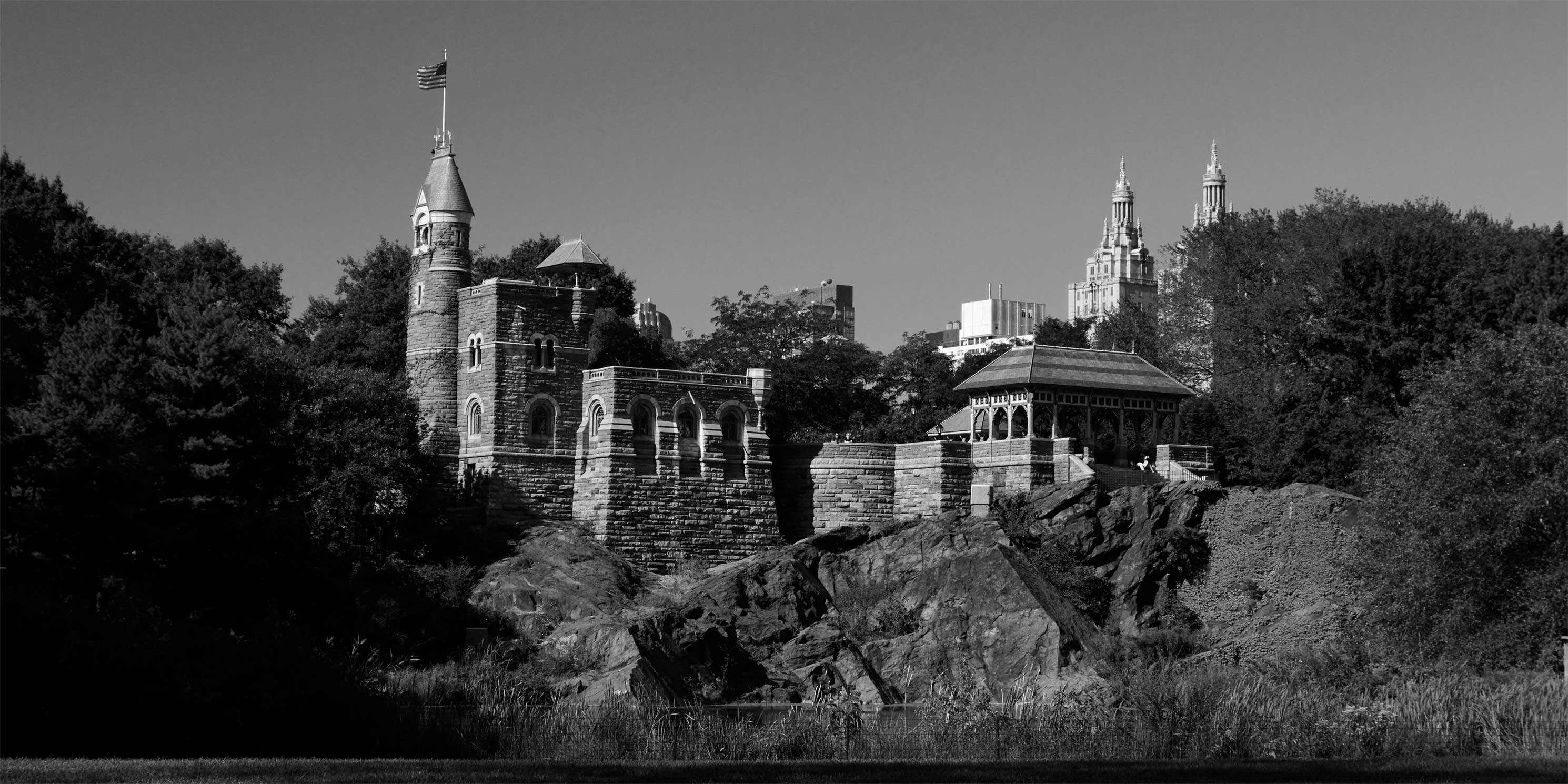 Central Park was designed by Frederick Law Olmsted and Calvert Vaux in 1857. The 843-acre park was realized in the English landscape style, which utilizes naturalistic forms to create a pastoral feel; this is compared to the French style, which uses strict, geometric forms. Today, it is the most visited urban park in the United States, with over 40 million visitors annually.

Belvedere Castle was envisioned as an architectural folly by Calvert Vaux and completed in 1869. Constructed of Manhattan schist quarried from the Park, as well as granite, Belvedere Castle combines Gothic and Romanesque styles. The Castle’s turret is the highest point in Central Park, and offers some of the park’s best views. “Belvedere,” appropriately, is Italian for “beautiful view.”

On June 6th, the Central Park Conservancy presented its plans for alterations to the Belvedere Castle and its adjoining landscape to a joint meeting of the Municipal Art Society’s Planning and Preservation committees. The committees felt that the proposal is not appropriate and determined that further study was necessary.

First, the committees were puzzled by the separation of this presentation into two parts, before two agencies (the Landmarks Preservation Commission and the Public Design Commission). We believe a successful resolution to the landscape and accessibility problem is intertwined with and may very well effect the architecture of the castle itself and vice versa.

As to the castle, the committees were unclear about the intention behind its enclosure. Designed as an open-air folly, why not return it to the original condition? Rather than install plate-glass, double-glazed windows, why not restore the 1990s intervention? The committees felt that the proposed windows-non-reflective glass notwithstanding-would create a very disturbing “dead eye” effect.

Most troubling, however, was the excessively powerful form of the twelve-foot-wide ramp leading to the castle with its heavy, muscular masonry walls. As proposed, it would be one of the most pronounced elements in the entire park but would be without any formal or functional justification for its strength and prominence. While Olmsted did employ straight lines, he did so in the service of important processional and ceremonial design intentions. Indeed, the apparent rationale for this form is something that pre-dates Olmsted, namely the reservoir wall and promenade.

Finally, we are concerned that the planting scheme intended to obscure the ramp would only partially achieve this goal. The ramp itself is too high and massive, and foliage would be absent for at least six months of the year.

The committees question whether an accessibility lift was considered among the Conservancy’s design studies. Though we understand that it does not meet the standard of universal design, a lift would greatly reduce the impact of the current proposal.

We appreciate the careful consideration of our recommendations and look forward to working together to find an appropriate solution for this important historic, cultural, and natural resource.