The Municipal Art Society of New York (MAS) herein provides comments and recommendations to be incorporated into the Final Scope of Work and evaluated in the Draft Environmental Impact Statement (DEIS) for the Inwood Rezoning Proposal. 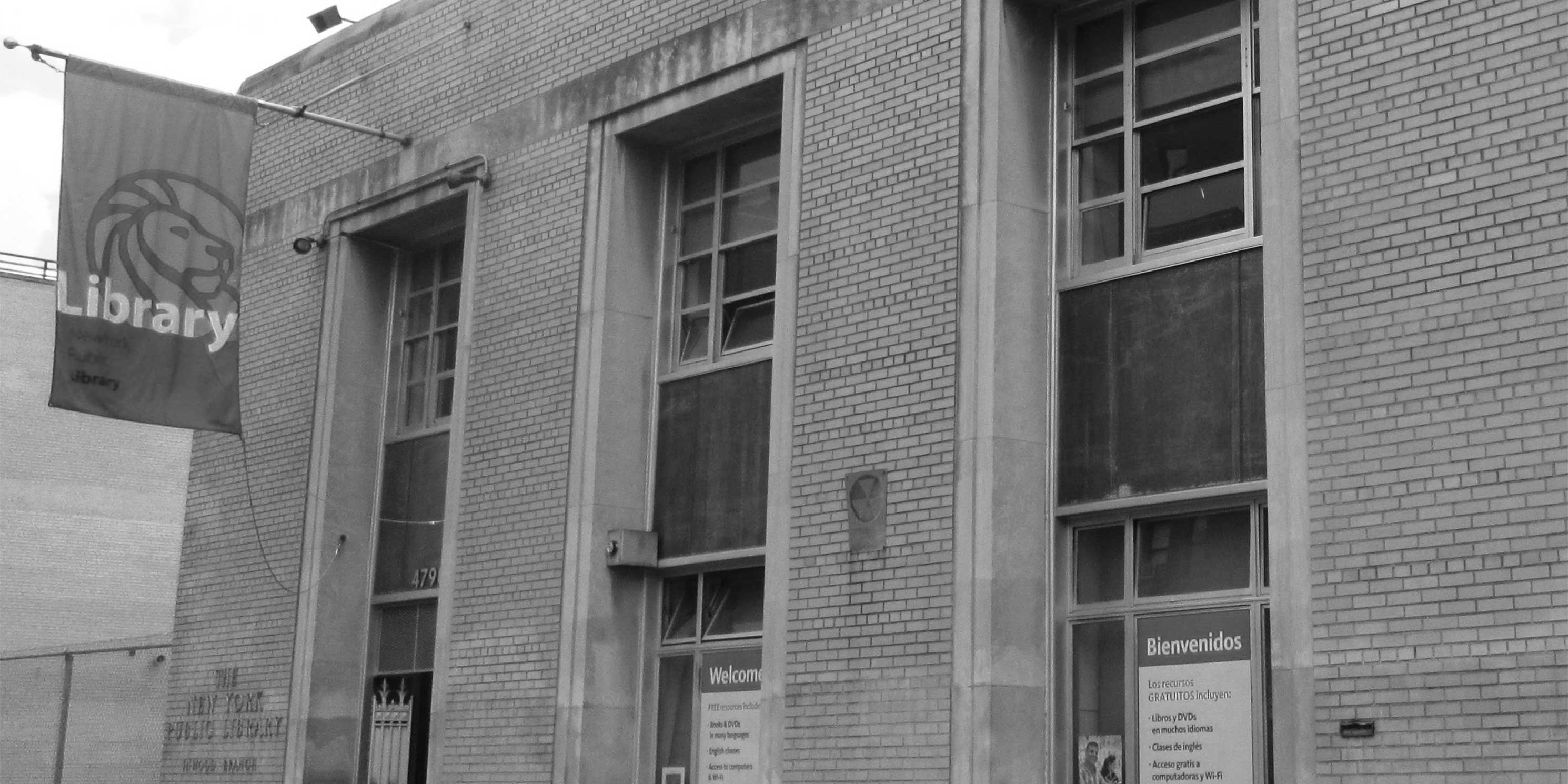 The Inwood Branch of the New York Public Library. Photo: Wikimedia Commons, Beyond My Ken.

The Inwood neighborhood features bountiful open space, historic resources, a diverse population, and a robust stock of housing with a wide range of prices. The Inwood Rezoning must protect and enhance the neighborhood to be successful.

MAS is generally encouraged by the Inwood NYC Action Plan that frames the Proposal, especially with regard to recommendations for affordable housing at the Inwood Library site, outreach to local residents to support tenants’ rights, planned infrastructure investments, and grant programs to support neighborhood businesses. However, we are concerned about indirect residential displacement, retail gentrification, and impacts on historic and cultural resources that could have long-lasting effects on the Inwood neighborhood. These issues are discussed herein and must be addressed comprehensively in the DEIS.

The rezoning affects a 59-block, 227-acre area in the Inwood neighborhood, in Manhattan Community District 12. By the 2032 build year, the proposal would result in an incremental increase of 4,348 dwelling units including 1,325 or 1,563 affordable units, depending on which Mandatory Inclusionary Housing (MIH) option is selected. All told, the proposal would bring in an addition 12,087 new residents to the area.

In terms of land use, the proposal would result in an incremental increase of 1.1 million square feet (sf) of commercial space, almost half-million sf of community facility space, and 50,000 sf of light industrial space.

MAS finds the Reasonable Worst Case Development Scenario (RWCDS) included in the Draft Scope of Work (DSOW) does not accurately represent the most conservative development projection under the zoning proposal because it does not take into account rent-stabilized and underbuilt residential buildings. This could affect the accuracy of the evaluations in the DEIS, particularly socioeconomic conditions. Therefore, we recommend that the RWCDS include applicable rent-stabilized and underbuilt units in rezoning project area.

Undercounting Direct Displacement – According to the Department of City Planning’s (DCP) MapPLUTO database, the rezoning area includes 33 multi-family residential buildings. We are concerned that by increasing density, the rezoning would put additional redevelopment pressure on these sites, which could lead to potential indirect displacement of low-income residents. We expect the DEIS to evaluate the potential for this to occur.

Undercounting Indirect Displacement – Despite the limitations placed on the height and bulk of new buildings, MAS is also concerned that the development of market-rate buildings, adjacent to and near a large number of buildings containing rent-stabilized units may increase the pressure to redevelop multifamily dwellings outside the soft sites, which also could lead to indirect residential displacement.

Waterfront Access Plan and Waterfront Revitalization Plan Assessment – MAS commends the city for recognizing that the inclusion of a Waterfront Access Plan (WAP) is sorely-needed given the lack of connectivity from the rezoning area to the Harlem River and public spaces along the waterfront. With respect to the WAP, in addition to improving the physical streetscape that connects the river to the rest of the neighborhood, the DEIS must identify and evaluate specific view corridors to ensure that visual and physical links to waterfront are created and protected.

The rezoning area adjacent to the Harlem River is within the 100-year floodplain. Therefore, the DEIS must identify and evaluate specific strategies and measures for resiliency and flood mitigation as part of the WAP. Therefore, we expect the DEIS will include detailed drawings and descriptions of the resiliency design measures to be implemented under the plan including, but not limited to, existing and proposed buildings along the riverfront, infrastructure improvements to the riverfront area, view corridors connecting the waterfront to the rest of the neighborhood, and access points to the river.

Indirect Residential Displacement – Given the high number of new residents (12,087) anticipated under the proposal, the rezoning has the potential to drastically change the socioeconomic conditions of the Inwood community. Therefore, the DEIS socioeconomic analysis must identify and evaluate an income band under the MIH program that accurately represents the socioeconomic conditions of the neighborhood and best protects low-income residents from indirect displacement. Without the evaluation of a specific MIH income band, the DEIS evaluation will be incomplete.

Another option under MIH provides dwelling units affordable at 60 percent of AMI ($49,000 for a three-person household) which is above the neighborhood’s median household income of $41,700. Based on these options, MAS recommends that the deepest level of affordability be evaluated to ensure that affordable housing is within reach for the greatest number of residents. We also recommend that other deeper levels of affordability are explored and evaluated in the Alternatives Analysis. For example, an option that includes 100 percent affordable units at the library site.

Direct Business Displacement – The project is expected to directly displace more than 100 employees. However, no detail is given as to which types of businesses or employees are expected to be displaced. According to the U.S. Census Bureau’s Longitudinal Employer-Household Dynamics (LEHD) data, approximately 100 jobs in industrial sectors such as warehousing and waste management are located on projected or potential development sites east of 10th Avenue. The data also shows that another 50 manufacturing jobs are in businesses along Dyckman Street, west of Broadway, where the proposal would rezone manufacturing uses to mixed uses.

Because the Proposal is likely to displace and possibly eliminate these jobs as well, MAS expects the DEIS to evaluate the impacts the Proposal would have on these businesses and their employees.

Indirect Business Displacement – Most of the proposed and potential development sites in the rezoning area are commercial uses and will be rezoned as mixed use. The addition of a large influx of residents with incomes well above the neighborhood average raises substantial concerns of retail gentrification as these residents are likely to demand goods and services from retailers that are not currently present in the neighborhood. As such, MAS is concerned that local businesses will be pushed out of the neighborhood.

Therefore, MAS strongly recommends that the DEIS examine the potential influence that commercial redevelopment and new retail demand will have on the survival of local businesses.

The Proposal has the potential to result in significant shadow impacts on Isham Park, Inwood Hill Park, and Monsignor Kett Playground. As such, the DEIS must identify specific mitigation measures that eliminate or reduce these impacts to the greatest extent practicable. We also expect that the DEIS shadow analysis will indicate specifically which buildings would create the incremental shadows effecting all open space and historic resources.

The Inwood Rezoning Area contains several cultural and historic resources that could be impacted directly or indirectly by new development facilitated by the Proposal. The Dyckman Farmhouse and Museum, which is both a National Historic and individual New York City landmark, is located at Broadway and West 204th Street, directly within the Commercial “U” sub-district for which an upzoning is proposed. The Dyckman Farmhouse and Museum must be protected from the impacts of shadows and construction from nearby developments.

In addition, the Environmental Assessment Statement references the New York Public Library as a potential development site for affordable housing, pre-kindergarten classrooms, and a modern library. While MAS supports the construction of such neighborhood assets, we expect the DEIS to evaluate the impacts of the library closure on the neighborhood and provide specific information on the expected timeline for the library construction and the proposed temporary library.

The DSOW lists only two alternatives (No-Action and the Proposed Action) to be evaluated in the DEIS. To provide a wide range of potential development options, MAS recommends that the DEIS evaluate an alternative in which the 4 rezoning only takes place east of 10th Avenue and the impacts are primarily constrained to business displacement in the Sherman Creek area.

To increase transparency and facilitate more robust public oversight, MAS recommends that DCP make public all its mapping and GIS data related to the Proposal. This includes shapefiles for the project and study areas, potential and projected sites, and other pertinent files. Making this data accessible will encourage more informed recommendations by the public.

We strongly urge the DEIS to include our recommendations. Given the current socioeconomics of the area and huge influx of new residents and workers expected under the Proposal, we want to ensure that all potential opportunities for preserving existing housing and creating new affordable housing have been explored and that the neighborhood’s character will be maintained.

Thank you for the opportunity to provide comments on this critically important proposal. 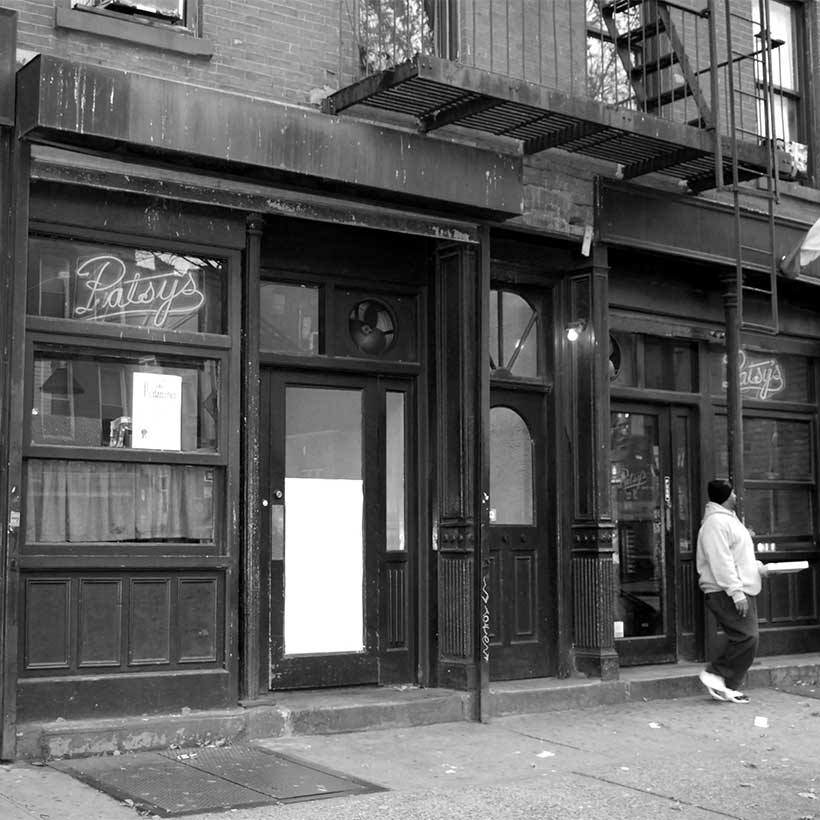