Regarding the POPS at 240 Greenwich Street

At the last meeting of the City Planning Commission on February 16, 2021, Chairperson Lago invited anyone with knowledge about the “Public Lobby” at 240 Greenwich Street, previously 101 Barclay Street, to share such knowledge with the Commission. As you know, MAS has had a long-running partnership with the Department of City Planning and Professor Jerold Kayden with regard to POPS.

The Commission has before it an important decision to allow a private owner to remove from the City’s inventory of privately owned public spaces (POPS) an indoor space that for 20 years has been designated by the Department of City Planning as a POPS. There is much before you that is not in dispute. Everyone agrees that the second-level public walkway through the building was eliminated as a requirement in 1989 and 1990, as expressly stated in the Seventh Amendment to the Washington Street Urban Renewal Plan, C 890510 HUM (December 13, 1989), the First Amendment of Lease (dated February 8, 1990), and the Modification to the Special Permit, M 800477 B ZSM (June 26, 1990). Everyone also agrees that, unlike the second-level public walkway, the “Public Lobby” designation on the approved Ground Level drawing was never removed and that there is no text in any of these three documents that says a word about the “Public Lobby.” 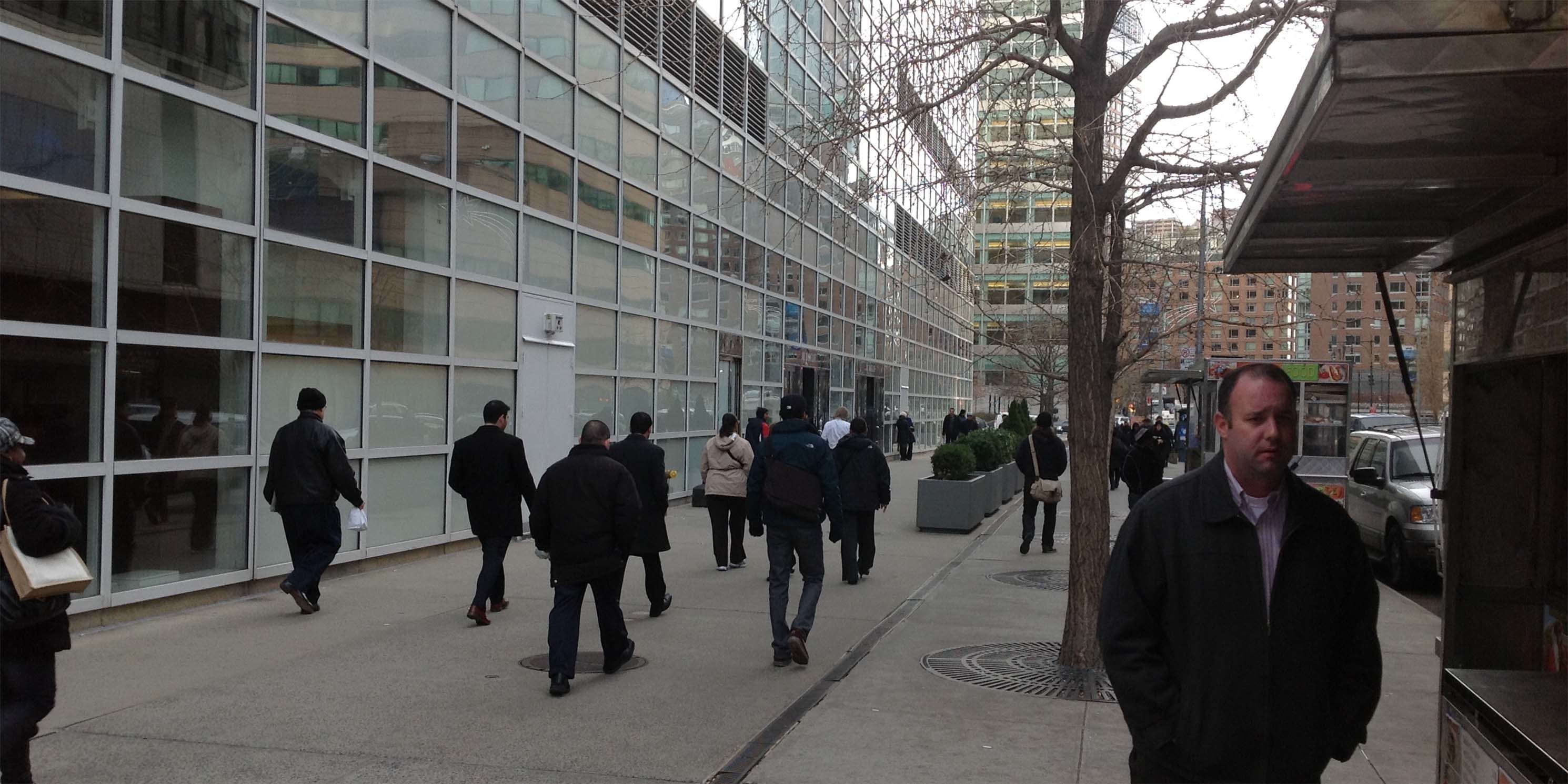 If there is to be a presumption, then, it would seem to be that the “Public Lobby” had been retained while the second-floor public walkway had not. We appreciate that this is not without ambiguity. The Applicant suggests that the purpose of the Public Lobby was to provide access to stairs and escalators to and from the second-level public walkway. It is clear that this was one of its purposes but we cannot say that it was its sole purpose.

The Applicant further suggests that the building did not receive a floor area bonus for the Public Lobby and therefore there is no nexus to the Public Lobby. However the first is true but the latter is not. There are a number of POPS in the City that are the product of zoning approvals in which no floor area bonus was exchanged. In this case, the Public Lobby was provided as part of an urban renewal plan, a lease agreement, and a CPC special permit which expressly granted approval for modification of height and setback regulations applicable to the building “subject to the following conditions: 1. The premises shall be developed in size and arrangement substantially as proposed and as indicated on plans filed with the application….” To be sure, that is boilerplate language for special permits but nonetheless stands for the proposition that the Plans are part of the special permit approval and, in this case, show and continue to show a Public Lobby. Finally, the Applicant states that there are no requirements with regard to hours of access and amenities associated with the Public Lobby. Again, that is true, but there are other POPS in the City that similarly do not have amenities requirements but are nonetheless POPS.

The Applicant deems the “Public Lobby” label “vestigial” and an “inadvertent error.” We cannot agree to that expression of certainty. Indeed, in the past, the owners of 240 Greenwich themselves have granted access to their Public Lobby both before and after the elimination of the second-level public walkway requirement. Access to the building has varied over the decades. In Privately Owned Public Space: The New York City Experience (2000), by Professor Kayden, written in collaboration with the Department of City Planning and the Municipal Art Society, he writes about his visit to the Public Lobby. Here is a link to his description with a photograph he took.

In the end, given the ambiguities of this situation, the question before you is whether the City Planning Commission should err on the side of the private owner of 240 Greenwich or on the side of public users with regard to the Public Lobby? The “compromise” that the Applicant has put before you today cannot represent compensation for the removal of the Public Lobby designation, since they have effectuated that public policy on their own behalf for more than 4 1/2 years that we have documented by the Comptroller’s Office, if not longer. The outdoor space will not serve the same purpose as an indoor space in inclement weather.

Thank you very much for this invitation to offer additional information on the Public Lobby.