On Thursday, August 1, Justice Arthur F. Engoron of the New York State Supreme Court overruled the approval of the mega highrise project known as Two Bridges in Lower East Side. MAS issued the following statement as a result of this ruling.

Statement by the Municipal Art Society of New York

After years of certain developers flouting the letter and the spirit of the Zoning Resolution with impunity, the courts are intervening where the City has declined to act. Two Bridges is one of several groundbreaking cases under consideration in the State Supreme Court, or headed that way. From the gerrymandered zoning lot at 200 Amsterdam Avenue on the Upper West Side, to the proposed large scale development at 960 Franklin Avenue in Crown Heights, developers across the city who have become accustomed to using questionable tactics and exploiting zoning loopholes in search of greater heights and higher profits should be very worried.

For years, mayoral administrations and City agencies have permitted private interests to dominate the public good, undermining the Zoning Resolution that our forebears at MAS advocated for more than a century ago. This decision is a wakeup call; enough is enough. 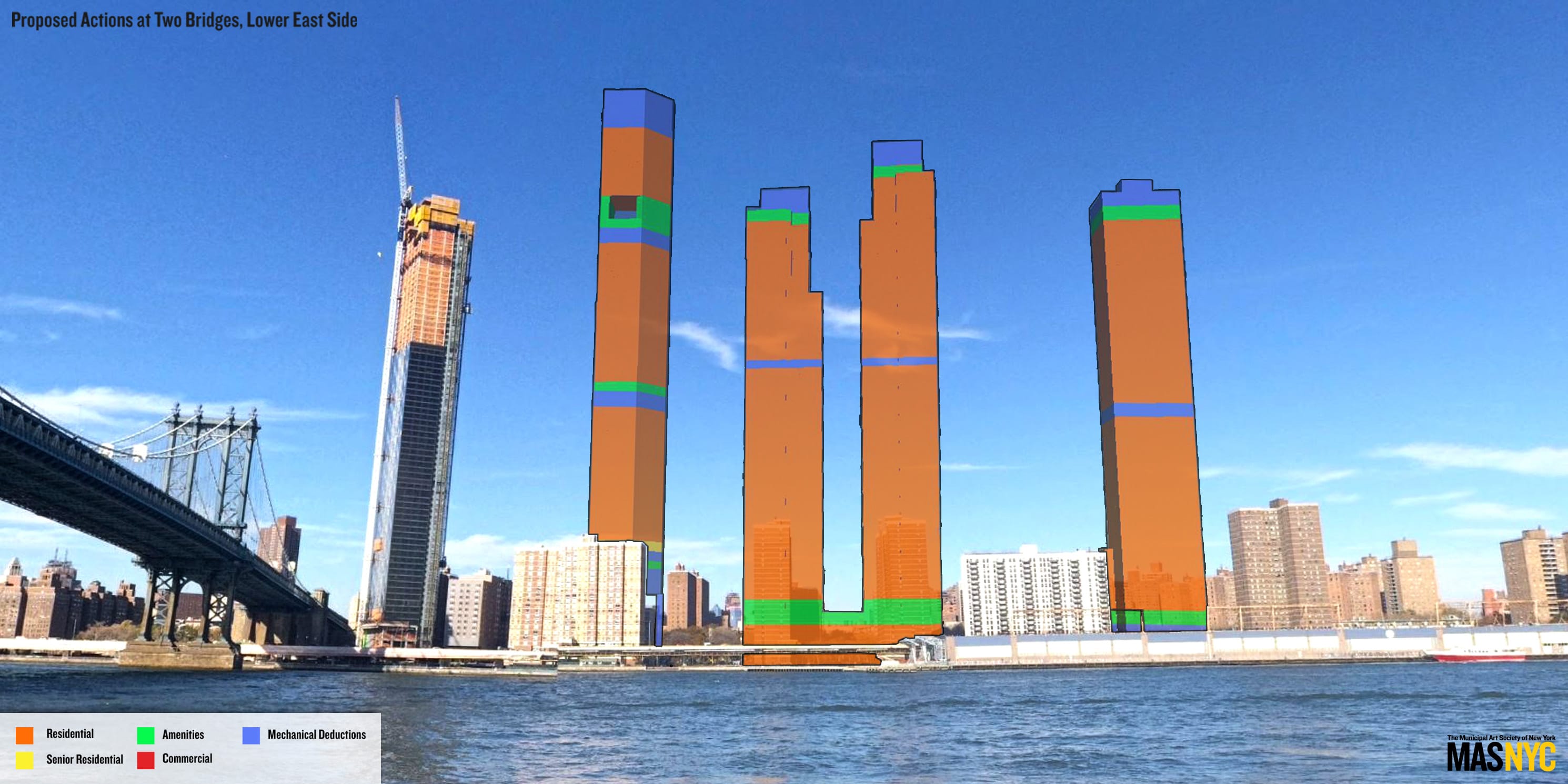