The Municipal Art Society of New York (MAS) has long advocated that the resilience of urban areas—including their built, natural, social, and economic infrastructure—is strongly linked to the everyday livability of neighborhoods and the cities they comprise. Recognizing the existential threat of climate change and the associated inequities, MAS was at the forefront of the post-Sandy effort to work with local partners, city, state, and federal agencies to develop steps for citywide community-based resilience planning, which ultimately culminated in our reports All Hands on Deck: Mobilizing New Yorkers for a Livable and Resilient City (2013) and Talking Resilience: NYC (2015). Moreover, during the Rebuild by Design global competition in 2013, we advocated for implementable resiliency solutions through the combination of technical expertise and effective community engagement.

In the aftermath of Superstorm Sandy, and with the city’s vulnerabilities to coastal storms, flooding, and sea level rise in mind, MAS supports the Department of City Planning’s (DCP) efforts to strengthen the city’s resiliency through the proposed Zoning for Coastal Flood Resiliency (ZCFR). However, for it to be truly comprehensive and equitable in scope, the City must coordinate across local, state, and federal agencies to ensure that the proposal is supported with proper funding mechanisms. We urge DCP to address our suggestions below. 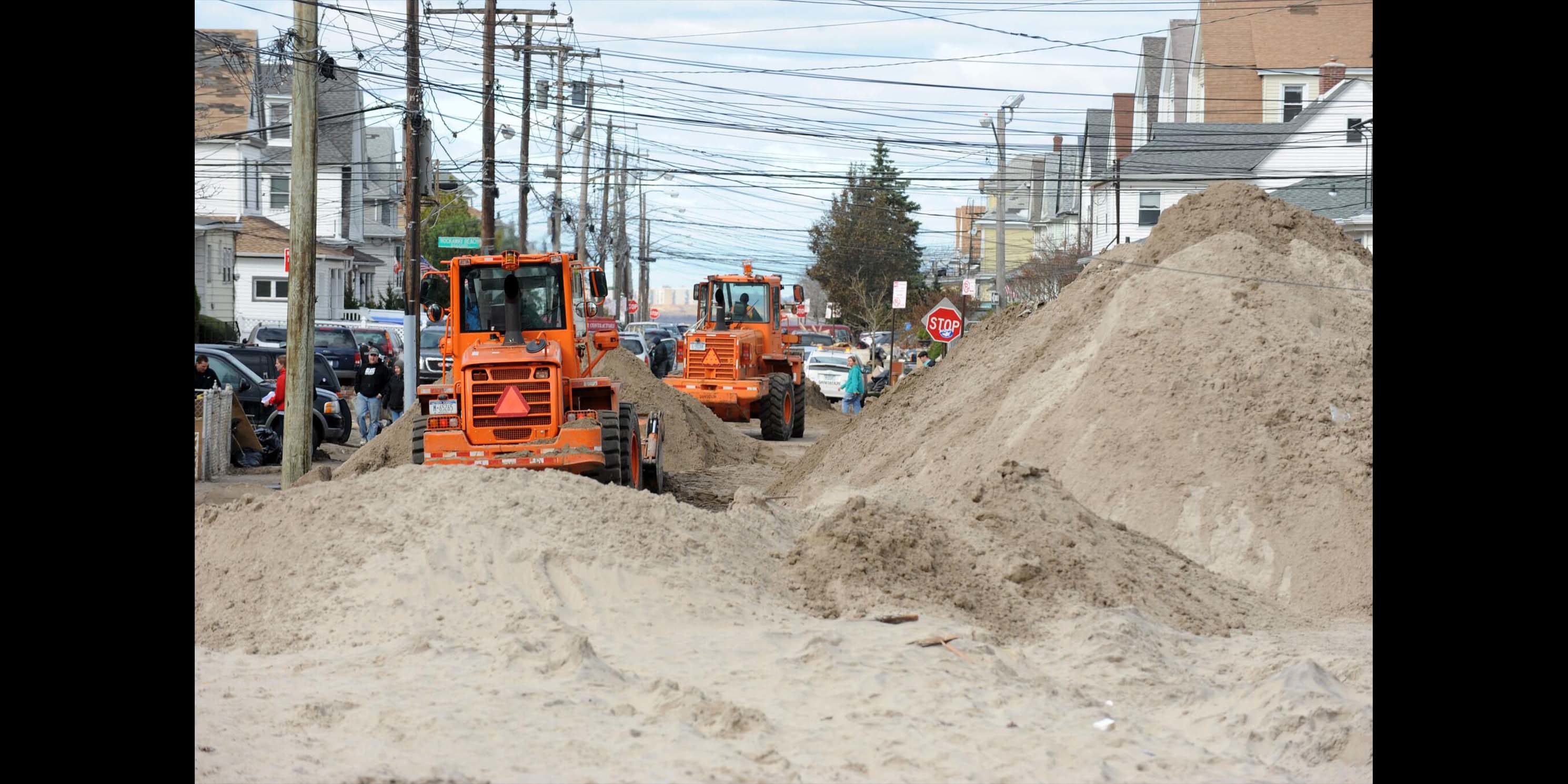 With the proposal, DCP seeks a city-wide zoning text amendment to the Zoning Resolution (ZR) that would permanently codify the emergency measures set under the 2013 Flood Text and the 2015 Recovery Text to protect coastal areas and property after the devastating impacts of Superstorm Sandy in 2012. Both amendments were intended to eliminate discrepancies between the ZR and regulations governing flood-resistant construction in the Department of Buildings (DOB) Code Appendix G of the NYC Building Code. The ZCFR proposal is guided by four principal goals: (1) encourage resiliency throughout the current and future flood plains, (2) support long-term resilient design of all buildings types, (3) allow for adaptation over time through incremental retrofits, and (4) facilitate future recovery by reducing regulatory obstacles. This proposal also includes new zoning regulations to facilitate the city’s long-term recovery from the COVID-19 pandemic and future disasters.

ZCFR would mostly affect New York City’s current 1 percent annual and 0.2 percent annual chance floodplains, as opposed to the 2013 Flood Text, which only included buildings within the 1 percent chance floodplain. The City relies on the findings of the New York City Panel on Climate Change (NPCC) high-range sea level rise projections for the 2050s as its actionable data to inform this proposal.

Comments on the Proposal

The events of the past year have further emphasized the fundamental need to address racial and socioeconomic inequities in times of crisis. The ZCFR amendment is a necessary step toward making the city more resilient in the face of the increasing threat of climate change. We support DCP’s decision to include the 500-year floodplain in this amendment. However, the proposal poses an equity issue by shifting the burden of retrofitting and improving homes and commercial buildings to individual property owners, leaving the city’s vulnerable coastal areas subject to both sea level rise and market forces.

MAS is not alone in advocating for more funding options for the proposal to be equitable. We agree with Manhattan Community Board 1 and Borough President Gale Brewer that DCP must work with other local, state, or federal agencies to formulate a plan to financially assist qualified property owners when retrofitting their homes and businesses for resiliency through this zoning amendment. While we acknowledge the constraints of DCP and the City Planning Commission’s (CPC) authority, without a funding component, financially vulnerable property owners will become more at risk to future storms, sea level rise, and potential foreclosures.1

In comparison, the Boston Planning & Development Agency is currently developing a new Coastal Flood Resilience Overlay District and related zoning regulation updates to areas of the city that are expected to be flooded with a 1 percent chance storm event in 2070 with 40 inches of sea level rise.2 Like ZCFR, this Resilience Overlay District is currently in public review. With 520 miles of waterfront to protect, New York should use the most aggressive projections. At the very least, we urge DCP to use projections for the 2080s, given the vast scale of potential climate change impacts, including sea level rise and the previous impacts of Superstorm Sandy.

To increase the comprehensiveness of the proposal, the City must look beyond zoning to address future land use in our most vulnerable coastal areas. Following Superstorm Sandy, the New York State Office of Storm Recovery initiated a voluntary buyout program for high risk areas in Staten Island in order to protect homeowners living in harm’s way.3 DCP created a Special Coastal Risk District in 2017 to limit new development in these areas and to protect open space.

NPCC projects that New York City will be subject to approximately 30 inches of sea level rise by the 2050s. Therefore, it is imperative that the City develop a large-scale framework for coastal retreat. We recommend that in conjunction with ZCFR, the City work with the state and federal governments over the next several years to develop an equitable and voluntary citywide buyout program for properties in vulnerable coastal areas. Instituting down-zonings in certain coastal neighborhoods is not enough. The City must develop a plan to give homeowners a different option from rebuilding in high-risk areas on a continuing basis.

MAS is pleased that this proposal improves and makes permanent the relevant provisions of the existing temporary zoning rules of the 2013 Flood Text and 2015 Recovery Text. Given the vast scope of this citywide amendment, there are a few zoning and public policy aspects that DCP must take into account before this proposal moves forward.

We support that this proposal limits new land uses that house vulnerable populations such as nursing homes in high-risk areas of the floodplain. In addition to prohibiting new nursing homes and restricting the enlargement of existing nursing homes within the 1 percent chance floodplain, the proposal must further restrict other vulnerable uses in the floodplain. We agree with Manhattan Community Board 1 and Manhattan Borough President Brewer in recommending that other new buildings housing vulnerable populations, such as hospitals, be restricted from building in the floodplain. For instance, this proposal should incorporate the same language used in the City’s Special Coastal Risk Districts limiting community facilities with sleeping accommodations into this citywide text amendment.4 If this proposal is intended to thoroughly limit populations from future sea level rise and coastal flooding harms, MAS believes that this proposal must be strengthened by limiting other types of land uses.

From raising the alarm about unregulated structural voids to gerrymandered zoning lots, MAS has been a stalwart advocate for closing zoning loopholes. It is from this perspective we express concern about the potential for the FAR exemptions and extra height allowances to lead to out-of-scale buildings in vulnerable and dense areas, such as Lower Manhattan. We echo Manhattan Community Board 1 and Manhattan Borough President Brewer in urging DCP to consider the following zoning recommendations.

First, within special zoning districts, DCP should require a special permit approval from CPC for any new building that utilizes this text amendment, with proper notification to and review from relevant Community Boards and Borough Presidents. Second, from an equity standpoint, we agree with Manhattan Community Board 1 in that the zoning text should be amended so that only building owners with existing buildings in need of retrofitting are eligible for FAR exemptions and height bonus incentives, not new buildings that already have to meet the requirements of Appendix G of the New York City Building Code.

Finally, while the intent of the zoning amendment is to encourage property owners to proactively reduce future risk, we are concerned that by extending zoning flexibility to any lot where at least a portion is within the flood zone, the incentives could be used by owners to exploit the optional regulations for floor area and height bonuses. For example, as it stands now, the zoning creates a potential loophole in which property owners could use zoning lot mergers to carve out portions of their properties in the floodplain and use the provisions of this proposal to build larger new buildings outside the floodplain, but within the affected zoning lot. One way to raise transparency on this potential loophole is for DOB to provide notice to affected Community Boards and Borough Presidents when a property owner seeks a zoning lot merger within the area covered under this zoning proposal.

It is critical that this proposal clearly articulate how it will fit with other City and state waterfront and resiliency planning efforts in order to achieve long-term, comprehensive protection. In addition to assessing this proposal for consistency with the policies of New York City’s Waterfront Revitalization Program (WRP), the FEIS must evaluate how this proposal will align with the City’s current and future Comprehensive Waterfront Plan, which has been extended until June 2021. Ideally, these plans should be coordinated to improve resiliency and flood protection in coastal areas for the long term. Lastly, the FEIS must be transparent and account for how this proposal will respond to the adoption of new and final Federal Emergency Management Agency (FEMA) Flood Insurance Rate Maps (FIRMs), which are expected to occur within the next few years.

There are many areas in the city where the floodplain overlaps with historic districts. Therefore, ZCFR must consider how the various retrofit options will work in tandem with the historical context of these areas. We join Manhattan Community Board 1, Borough President Brewer, and others in asserting that the amendment must be strengthened to take into consideration floodplain properties within historic districts. To accomplish this, DCP must work closely with the Landmarks Preservation Commission (LPC) to develop contextual resiliency strategies. We also echo Borough President Brewer’s recommendation that DCP require special permit approval from the CPC for any new building within a historic district that utilizes this amendment, in addition to LPC approval. Moreover, to ensure a transparent process, notice must be given to the relevant Community Boards and Borough Presidents for proper evaluation.

MAS appreciates that this zoning proposal encourages active uses at street level and accounts for urban design elements such as streetscaping and the pedestrian experience. While we recognize that it is infeasible for a GEIS to evaluate specific sites that could potentially be impacted by the proposed change, we are concerned about the wide-scale impacts this citywide zoning text amendment will have on urban design and the public realm in the coming decades. To address this, we expect the FEIS to identify and disclose what mechanisms will be in place to evaluate as-of-right retrofits on a site-specific basis. As we suggested previously, increasing transparency at the Community Board level for construction, retrofits, and expansion proposals in the flood zone is a step in the right direction.

The City faces an enormous challenge in meeting long-term resiliency goals in the face of the existential threat of climate change. We recognize DCP’s years-long efforts in developing and coordinating a zoning framework that encourages flood resiliency from the property owner level. For this proposal to comprehensively address equity and the future long-term plan for the city’s most vulnerable coastal areas, the City must coordinate across local, state, and federal agencies to ensure that the proposal is supported with proper funding mechanisms. This is an opportunity to create a leading standard for flood resilience measures in a dense urban environment—one that uses projections for the year 2080 and takes into account the fact that climate change does not affect people equally. We urge DCP to address our comments to create a truly comprehensive model for flood resilience. 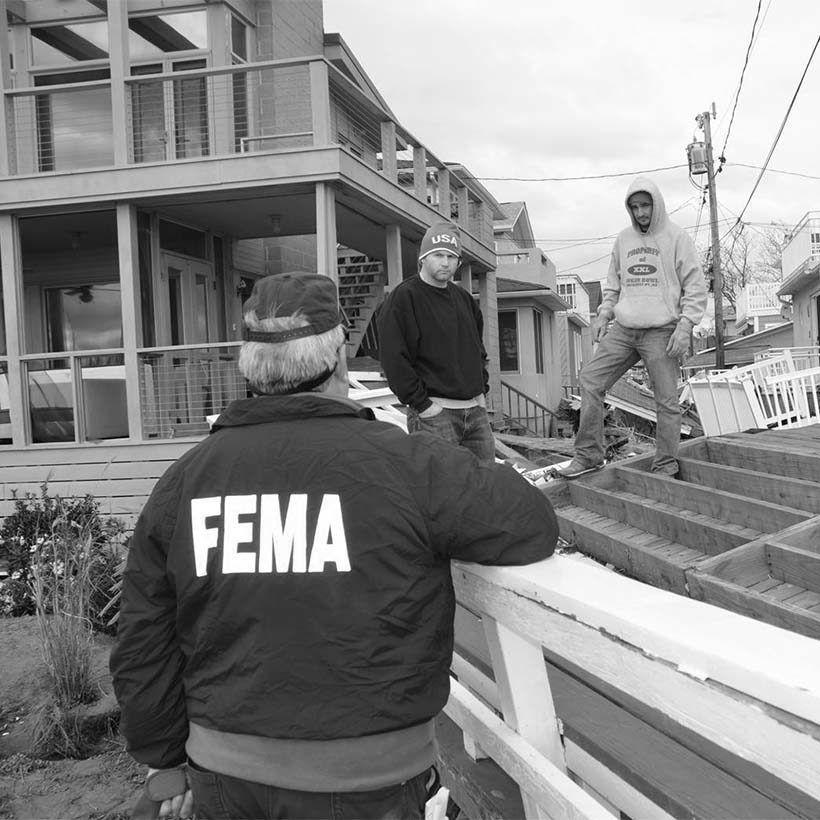 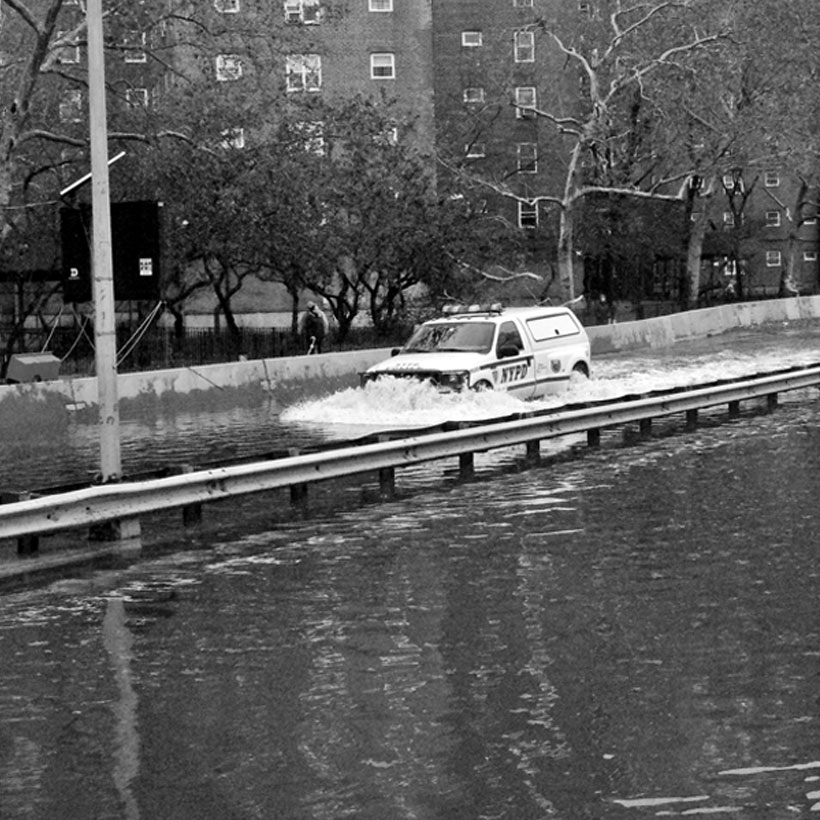 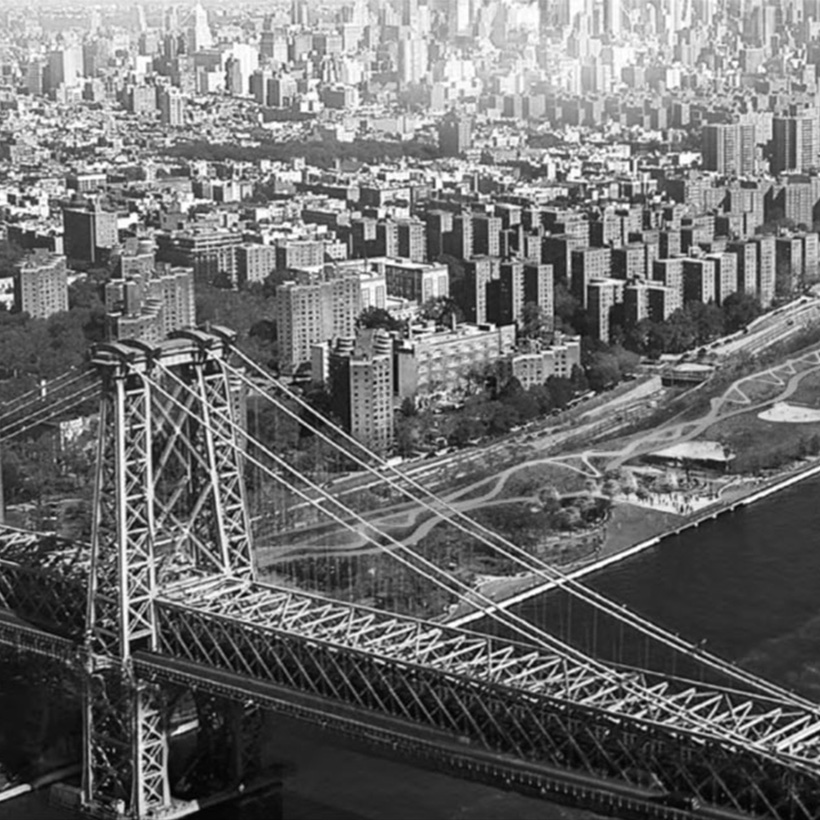