The Municipal Art Society of New York (MAS) previously urged rejection of the proposal for 250 Water Street. We appreciate the opportunity to review the project again and recognize the new iteration as a marked improvement. However, many of our overall concerns remain. 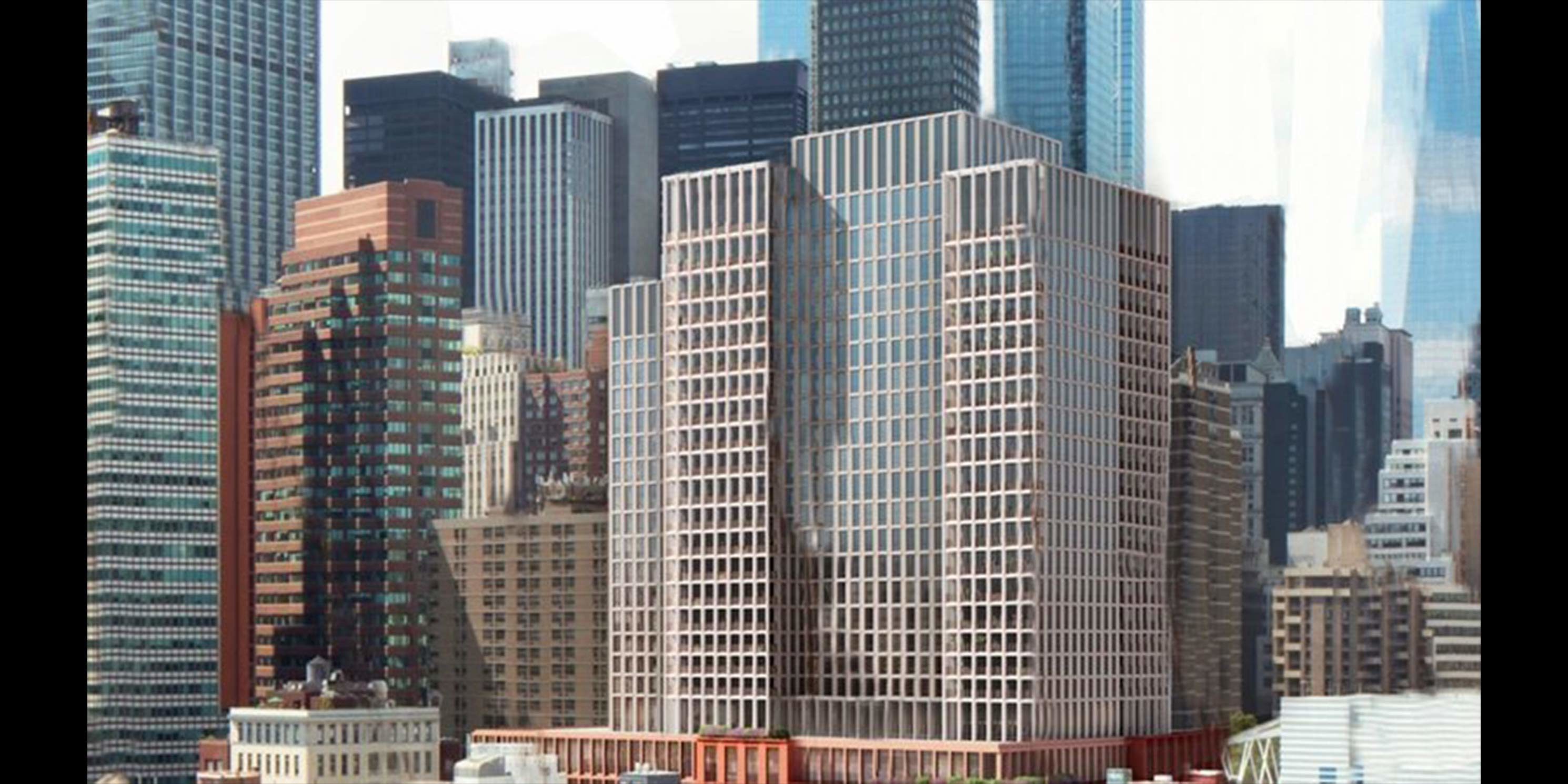 The City has the means and the responsibility to support the South Street Seaport Museum.

The South Street Seaport Museum is an extraordinary asset of enormous value to New York City. Furthermore, its origin story is deeply intertwined with protecting the character of the surrounding neighborhood. The intent behind the creation of the air rights transfer district was twofold: to preserve the historic district and support the Museum. The system was designed so that development rights moved from granting sites within the historic district to receiving sites outside the historic district. However, in this case, Pier 17 is not a granting site and 250 Water Street is not a receiving site. As a result, these are actions that require approval through the ULURP process. Also subject to public review is the disposition of those air rights from the City.

MAS remains committed to the development of the 250 Water Street site, as a parking lot does not serve the historic district well. However, the scale of the proposed development is being driven by a set of conditions that are discretionary and based on a circumstances within the City’s control.  We urge the City to reinforce the key values and importance of the historic district, the ability of the South Street Seaport Museum to thrive while making appropriate use of the district’s real estate assets. Excess development rights should be transferred outside the district as was always contemplated in the designation and zoning of the neighborhood. This would protect the integrity of the historic district, and return financial resources to one of the City’s most important cultural institutions.

Finally, to truly understand the transaction under consideration, there must be clarification on the amount of funding the New York City Economic Development Corporation would garner from the sale of these air rights, apart from what amount the Howard Hughes Corporation would allocate to the Museum. Furthermore, there has been no public disclosure about the mechanism for funding the Museum.

The proposal must respect boundaries of the South Street Seaport Historic District.

Although the project team has pulled back from their suggestion that this lot should be considered as an “edge” site in the historic district, our Planning and Preservation Committee members maintain that the proposed building is out of character with this neighborhood. From the water, it would be perceived as consistent in height and appearance with the office buildings along the Water Street corridor, rather than the historic district. Indeed, this is what the design team intended but remains inappropriate.

The bulk of the proposed tower is still inappropriate for the allowable density on the site.

While the decrease in square footage of the project and the concentration of the tower on Pearl Street is a clever solution, the proposal is still out of scale compared with the allowable density permitted by the zoning regulations. MAS urges the developer to consider two smaller towers with green space between them. Perhaps a more perpendicular orientation for the buildings so that views are maintained enabling a filigree of light and depth through to the street. Hence, a bifurcation would work better for the street wall, rather than one large expression. A coherent, lower-rise building could go a long way to improving the character of the proposed development.

250 Water Street must be contextually designed.

As noted previously, this new proposal has taken great strides in responding to the context of the historic district. For example, we appreciate that the new proposal has a lower podium with varied street wall heights. However, more refinement is needed. The masonry units should be smaller and incorporate still more texture. In addition, materials should not be matched too literally and reference the past without directly copying it.

From an urban design standpoint, the lower portions of the building would benefit from more divisions in the fenestration. Consideration should be given to streetscaping and how “back-of-house” functions, such as loading and parking, would be treated in such a walkable neighborhood. Furthermore, the blocked view corridor at Peck Slip has not been addressed in this redesign. The streetscape of Peck Slip needs to be more thoughtfully integrated to achieve a sense of arrival in the district.

In sum, we maintain that though the design of 250 Water Street has progressed in a better direction, the underlying assumptions remain gravely flawed for the historic district. We respectfully urge the Commission to reject the proposal for 250 Water Street. 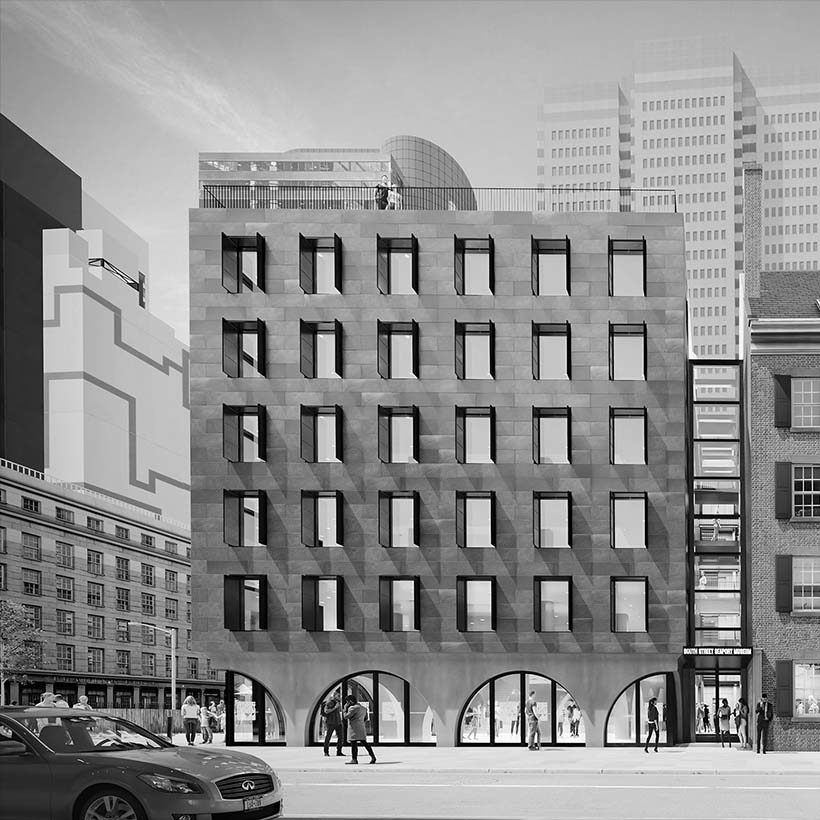