City Must Not Lift FAR Cap Until Loopholes Are Closed

Beginning with the 2014 release of Housing New York, the City has sought to lift the 12.0 residential FAR cap in the Multiple Dwelling Law (MDL) as part of its policy to create or preserve 300,000 housing units by 2026. Since that time, two bills intended to lift the cap–Bill S5469 in 2016 and Bill S6760 in 2018–were introduced through the State Legislature. Neither of have passed into law.

The Municipal Art Society of New York (MAS) maintains that zoning loopholes and flaws in the environmental review and public land use processes must be corrected before the City embarks on potentially the most impactful zoning change in 50 years. Creating more affordable housing and giving the city more control over its own zoning are goals that MAS supports. Throughout our involvement in neighborhood rezonings and other large scale developments, MAS has consistently advocated for truly affordable housing and the equitable application of the City’s Mandatory Inclusionary Housing (MIH) policy. We also believe that zoning and planning are best done on a local level. The City should have the control to direct density where appropriate, and when it has the best interests of New York’s neighborhoods in mind. 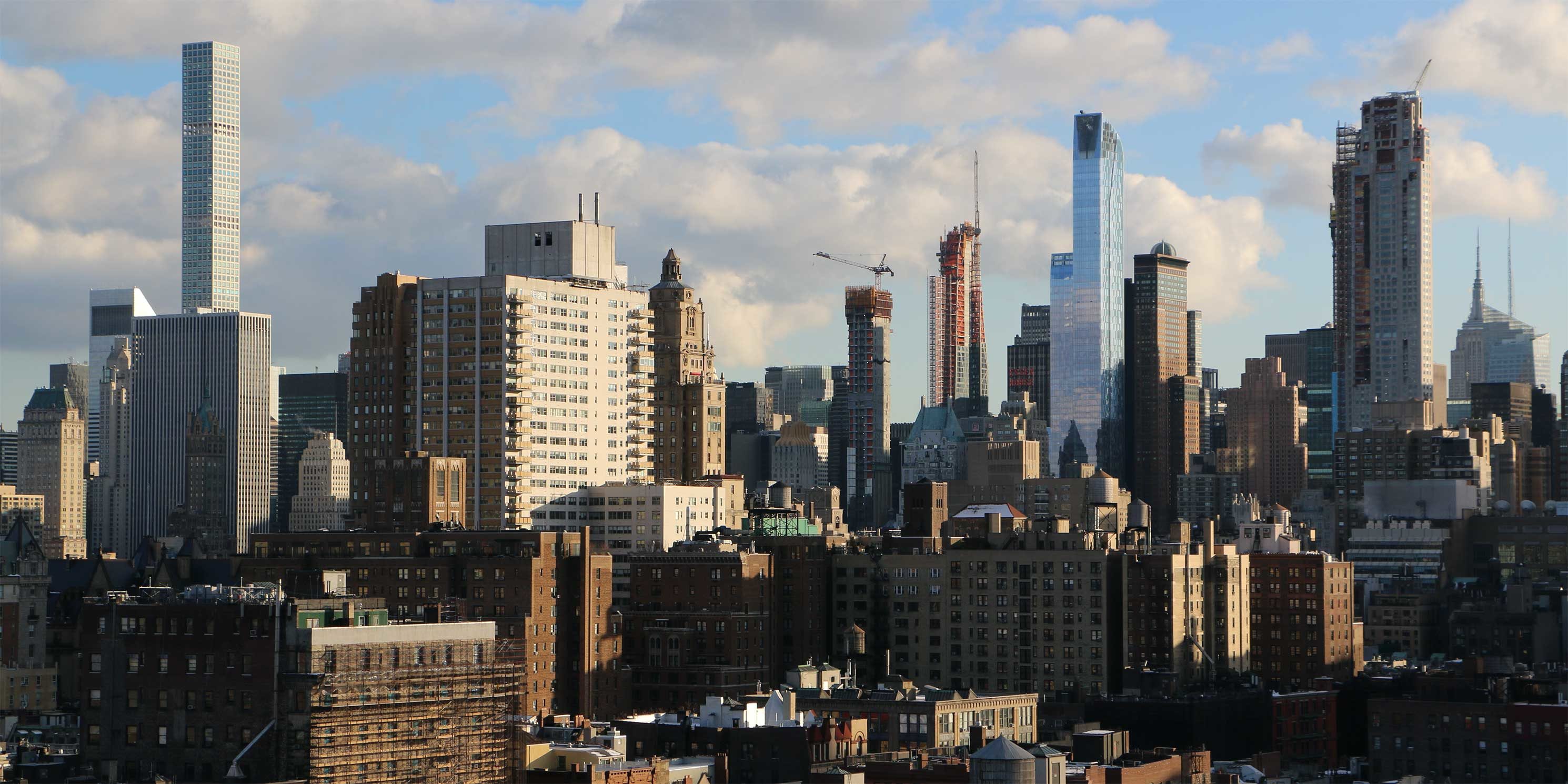 As laudable as these goals are, MAS believes support for lifting the FAR cap is largely built on unsteady ground. A primary argument is that once the FAR cap is removed, rezonings would be required to increase density. Because these actions would be subject to the City Environmental Quality Review (CEQR) and the Uniform Land Use Review Procedure (ULURP), the assertion is they would provide a safeguard against harmful environmental affects and provide a vehicle for effective community input. However, all too often, CEQR fails to accurately project development under rezonings and disclose the full extent of environmental impacts. The CEQR process also falls woefully short in providing demonstrable measures to mitigate adverse impacts.

MAS’s 2018 report, Tale of Two Rezonings, found that environmental review for the Long Island City (2001) and Downtown Brooklyn (2004) rezonings collectively miscalculated new residential development by nearly 17,000 dwelling units. The underestimations led to faulty evaluations of the impacts the rezonings had on schools, transit, open space, socioeconomic conditions, and other factors. They also brought to light the fact that these neighborhoods lacked the infrastructural capacity to support the explosive residential growth that ensued. For this reason, we remain deeply concerned that lifting the FAR cap and further densifying residential neighborhoods would result in similar outcomes. Furthermore, reliance on the ULURP process for effective public engagement is highly questionable from a community perspective.

First, before enacting such a change, the City needs to get its zoning house in order. Loopholes that allow developers to gerrymander partial zoning lots and manipulate unregulated mechanical space to build larger, taller buildings must be closed. In addition, any effort to lift the FAR cap must take into consideration the impact of clandestine, as-of-right mechanisms such as development right transfers and zoning lot mergers that are used to increase development without any oversight. These tactics are likely to become even more enticing when there is additional FAR available and an increased market for transferable development rights.

Also, the proposal assumes that lifting the FAR cap is a solution to our affordable housing crisis. While it is true that rezonings are the primary vehicle by which the City applies its MIH policy, we feel the argument misses the larger issue: MIH itself is flawed and will continue to fall short in producing the quantity and quality of affordable housing that New York City needs without more stringent requirements. The City should instead mandate a greater percentage of affordable housing be set aside at income levels that reflect the neighborhoods where it is built–not that of the region (including Westchester, Rockland, and Putnam Counties!).

Finally, lifting the FAR cap has the potential to worsen impacts on light, air, and public health–the precise impacts that necessitated the MDL in the first place. These issues have been not resolved over the past century in New York City–in fact, as construction technology continues to advance and buildings are reaching heights never before imagined, sunlight has arguably become a more scarce and valuable resource. As articulated in our recent Bright Ideas report, an entirely new mindset is needed for the role that light and air play not just in human health, but in the city’s resiliency, economy, and clean energy potential. This calls for a more nuanced zoning framework that balances all of these goals.

MAS recognizes that density is required in a growing and increasingly affordable city. However, density increases must be predicated on strengthing the existing review processes, zoning regulations, and inclusionary housing policy reinforced by investments in transit, schools, open space, and other critical infrastructure that makes neighborhoods livable. New York City needs a truly comprehensive approach to planning, zoning, and level of service to address neighborhood stability, access to opportunity, and a coordinated decision-making framework. Before considering the FAR cap removal, the City must address existing zoning loopholes, establish a more effective public review process, and increase transparency with development right transfers to ensure that development outcomes better align with community needs and expectations.

In addition to addressing these underlying issues, MAS requests that a hollistic study be conducted to more fully evaluate a proposal of such magnitude.

Thank you for the opportunity to comment on this critical issue.