Penn 2023: Envisioning a New Penn Station, the Next Madison Square Garden, and the Future of West Midtown – The Municipal Art Society of New York
Skip to content

Penn 2023: Envisioning a New Penn Station, the Next Madison Square Garden, and the Future of West Midtown

Outlines the case for a new Penn Station, describes principles to help guide development and illustrates the necessary elements for a new transit hub. 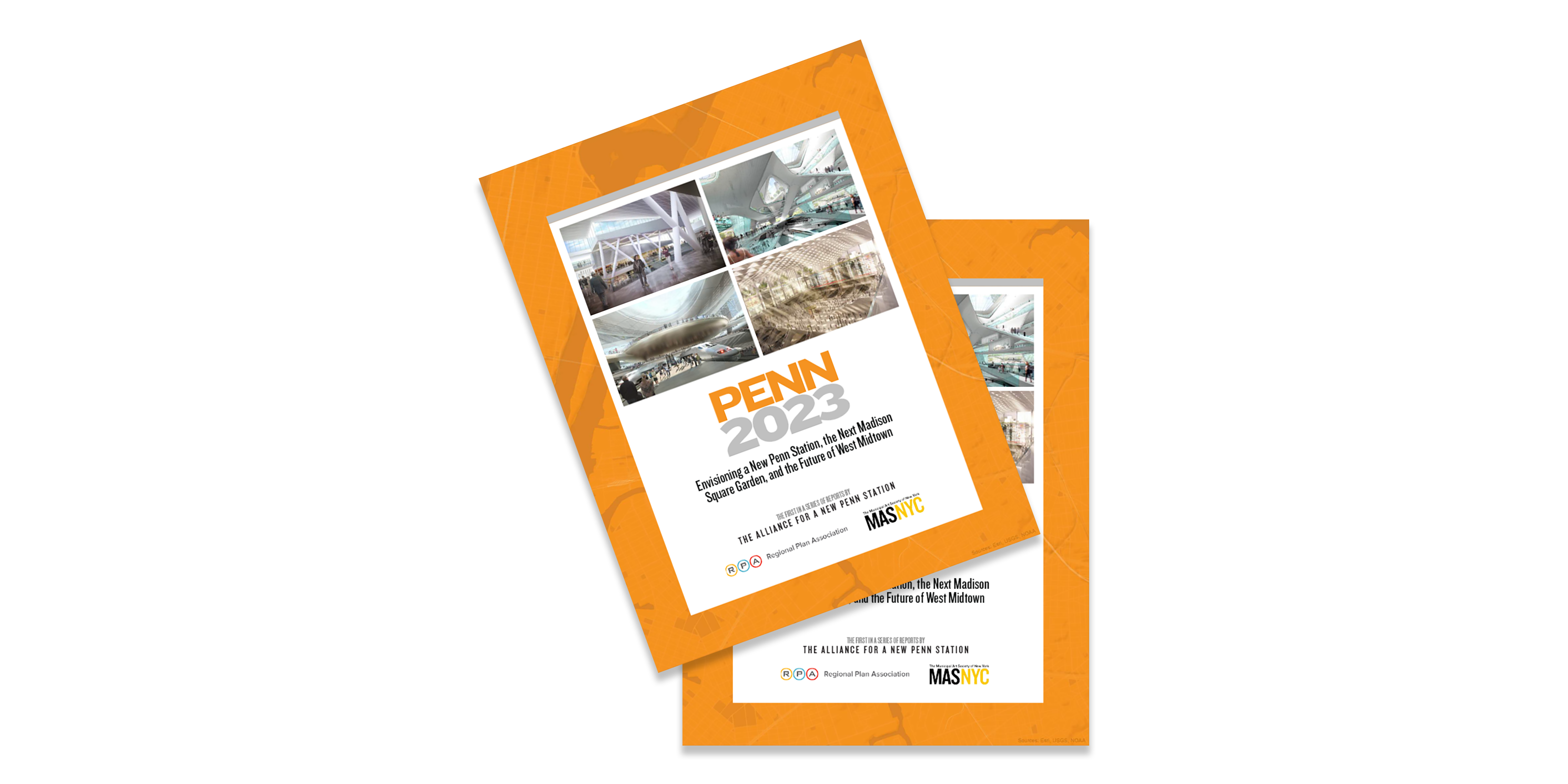 Penn Station is our region’s gateway. Hundreds of thousands of people pass through the station every day. The station, which replaced the original 1910 McKim, Mead and White Beaux Arts-style building, is severely overcrowded. Built to handle 200,000 travelers, the station now serves some half a million. As public transit use and our region’s population expand, even more people will be crammed into the station’s jammed corridors and stairwells.

Our region now has an opportunity to envision a improved civic experience and create a holistic plan for Penn Station, Madison Square Garden, Midtown and the greater Northeastern region.

Why We Need a New Penn Station

The creation of a new Penn Station is vital to the region’s prosperity and quality of life. But the station is just one piece of a larger vision to revitalize the underperforming area surrounding the station and connect it to the economic and cultural fabric of the city. A successful strategy will involve: