Celebrating the City, the 2020 MAS Awards – The Municipal Art Society of New York
Skip to content

Celebrating the City, the 2020 MAS Awards

Honoring Excellence in Art and Architecture

Our annual Celebrating the City awards reception was postponed in March 2020, however, we held virtual presentations of the MASterworks 2020 winners. During Archtober 2020, a month-long celebration of design and urbanism during the month of October, the MASterworks awards were presented as a virtual series, celebrating design excellence in New York City. The virtual program shared MASterworks projects past and present, featuring conversations with the 2020 winners, moderated by winners of years past. Rewatch the MASterworks programs on the MAS YouTube channel here.

The postponed 2020 Brendan Gill Prize Ceremony will be held on September 14, 2021, at the newly-restored Concert Grove Pavilion in Prospect Park. We will pay tribute to Julia Wolfe for her magnificent oratorio, Fire in my mouth, a hauntingly beautiful retelling of the 1911 Triangle Shirtwaist Factory fire.

The Brendan Gill Prize was established in 1987 in honor of Brendan Gill by friend and fellow MAS board member Jacqueline Kennedy Onassis along with board members Helen Tucker and Margot Wellington. The Prize is given each year to the creator of a specific work—a book, essay, musical composition, play, painting, sculpture, architectural design, film or choreographic piece—that best captures the spirit and energy of New York City.

Fire in my mouth

The 2020 Brendan Gill Prize honors the composer, Julia Wolfe, for her magnificent oratorio, Fire in my mouth, a hauntingly beautiful retelling of the 1911 Triangle Shirtwaist Factory fire.

The Brendan Gill Prize Jury was impressed with the how this spectacular conception, managed in one large multimedia piece, presented in David Geffen Hall, January 24 – 26, 2019, conveys the story of the promise of immigration; the treatment of unfair labor practices; and the history of women-led protests that would shape the civic and political life of New York City. A wide breadth of musical techniques, performed by the chamber choir, The Crossing, the Young People’s Chorus of New York City, and the New York Philharmonic, mine an emotional tragedy of contemporary relevance.

Julia Wolfe’s oratorio illuminates what a piece of orchestral music can be and do. The 146 female singers, standing in for the 146 garment workers who perished in the fire, also speaks to the power of our city, its history, and all of the people who have made it what it is today. For all of this, the 2020 Brendan Gill Prize Jury sat in deep admiration.

The Brendan Gill Jury selected this extraordinary piece from a highly competitive field of nominations.

A note from John Haworth, Chair of the Gill Prize Jury

During deliberations for the 2020 Gill Prize, the jury was struck by the quality of four books that draw on the historical record of our City in quite special and particular ways. We are proud to honor these four writers—all finalists for the Gill Prize—with special designation this year.

Thomas J. Campanella’s Brooklyn: The Once and Future City is a seriously ambitious book that is meticulously and thoroughly researched. The author brings a bold perspective of place — and one that is in sharp contrast to history told through a Manhattan lens.

Photographer Stanley Greenberg’s CODEX New York; Typologies of the City challenges us to take a closer look at the everyday visual components of our City’s infrastructure that reveal layers upon layer of our shared histories. Greenberg took over 500 photographs based on a walk of every block of Manhattan. The physical landscape is connected to our political and social histories over the decades. The highlighted visual details reveal so much about our collective, shared histories.

Eric K. Washington’s Boss of the Grips: The Life of James H. Williams and the Red Caps of Grand Central Terminal is a deeply informed and personal story of the Harlem-based black men who worked at New York City’s major train station. The book is a remarkable telling of a story about race, class, labor, and social and economic history. This highly personal story speaks to much larger and universally significant issues.

Selected each year by our esteemed jury, the MASterworks Awards pay tribute to projects that make a significant contribution to New York City’s built environment. From some of the city’s most iconic buildings to its hidden gems, our list of past winners includes the likes of New Lab, the Fulton Center, McCarren Pool, Brooklyn Bridge Park Boathouse, the High Bridge, and the Museum at Eldridge Street.

Selected each year by our esteemed jury, the MASterworks Awards pay tribute to projects that make a significant contribution to New York City’s built environment. From some of the city’s most iconic buildings to inconspicuous local gems, our list of past winners includes the likes of Domino Park, New Lab, the Fulton Center, McCarren Pool, TKTS Booth, the High Bridge, and the Museum at Eldridge Street.

This year’s MASterworks winners are:

Learn more about the MASterworks Awards  > 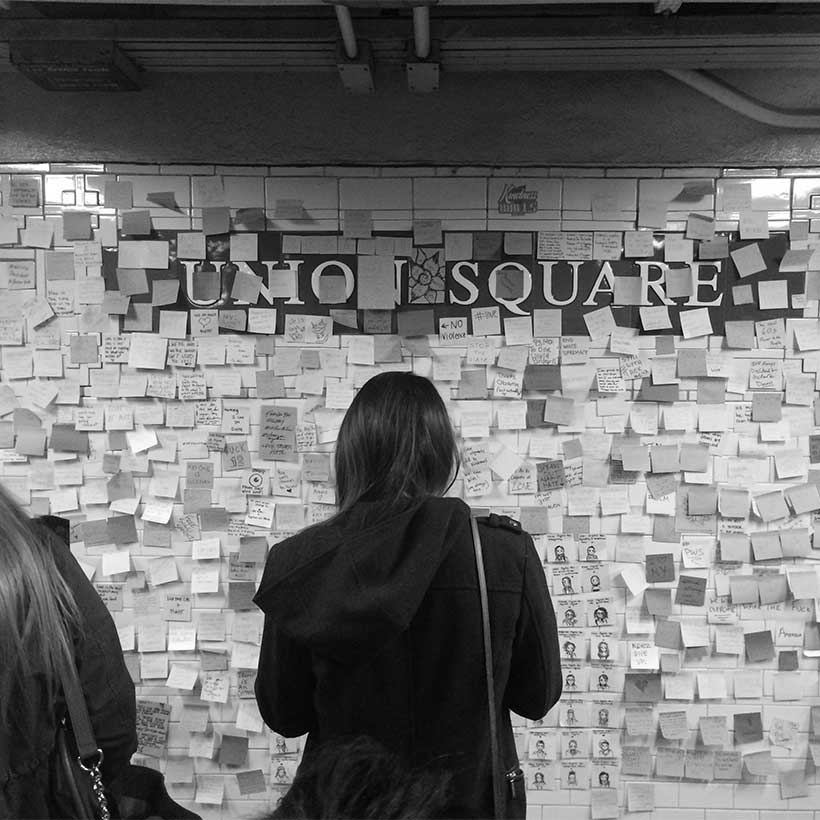 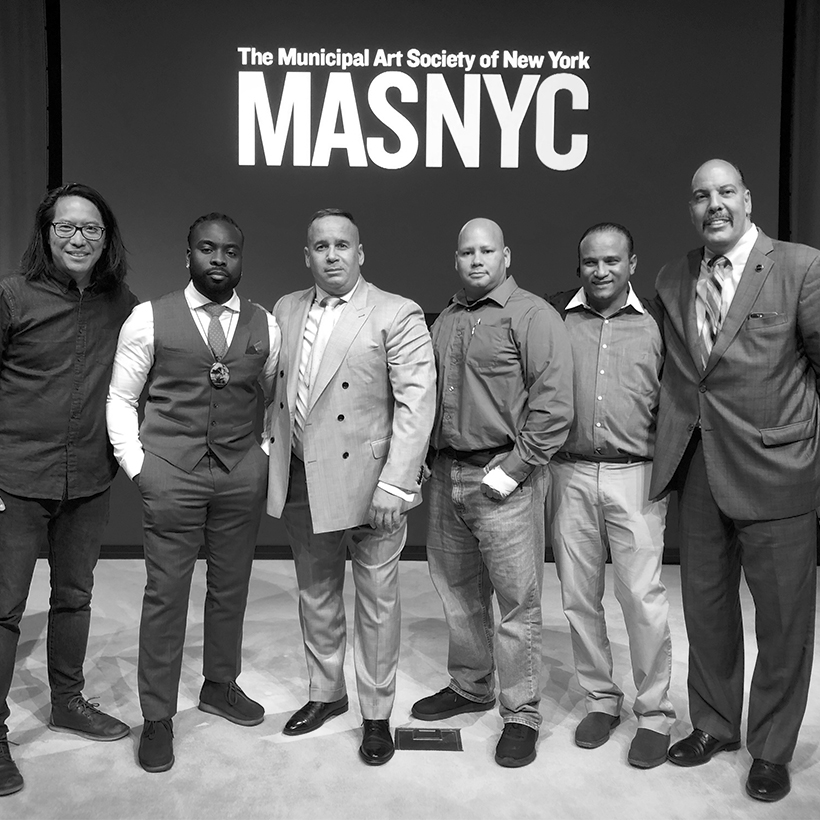 MAS establishes the annual Brendan Gill Prize, which honors the creator of a specific work of art produced in the previous year that best captures the spirit and energy of New York City. The inaugural prize is given to Rudolph Burckhardt for a film series at MoMA.