Hardship Application for West-Park Presbyterian Church Should be Denied

Designated a landmark by the New York City Landmarks Preservation Commission (LPC) in 2010, the West-Park Presbyterian Church is one of the best examples of a Romanesque Revival style religious structure in New York City. Twelve years later, the West Park Administrative Commission (the Applicant), the governing body for the West-Park Presbyterian Church (the Church), seeks permission to demolish this landmark on the grounds of financial hardship. For this reason, the Municipal Art Society of New York (MAS) is extremely concerned about the citywide precedent this hardship application could set for the New York City Landmarks Law and other houses of worship.

While MAS recognizes the financial difficulty of maintaining a landmarked building by a tax-exempt religious organization with a dwindling congregation, we believe the Applicant has not demonstrated a financial hardship as required by Section 25-309(2) of the New York City Landmarks Law. We urge LPC to deny this hardship application and critically review the details provided by the Applicant. Our review has revealed significant omissions and raised additional questions that must be addressed about material conservation and viable pathways for building safety. We believe that the Applicant has not exhausted all feasible alternatives to avoid demolition, such as identifying all available funding sources and programs, including preservation financing options available through State and Federal resources, and finding viable purchasers, rather than tenants, to restore and maintain the building, either as a church or cultural center for the neighborhood. 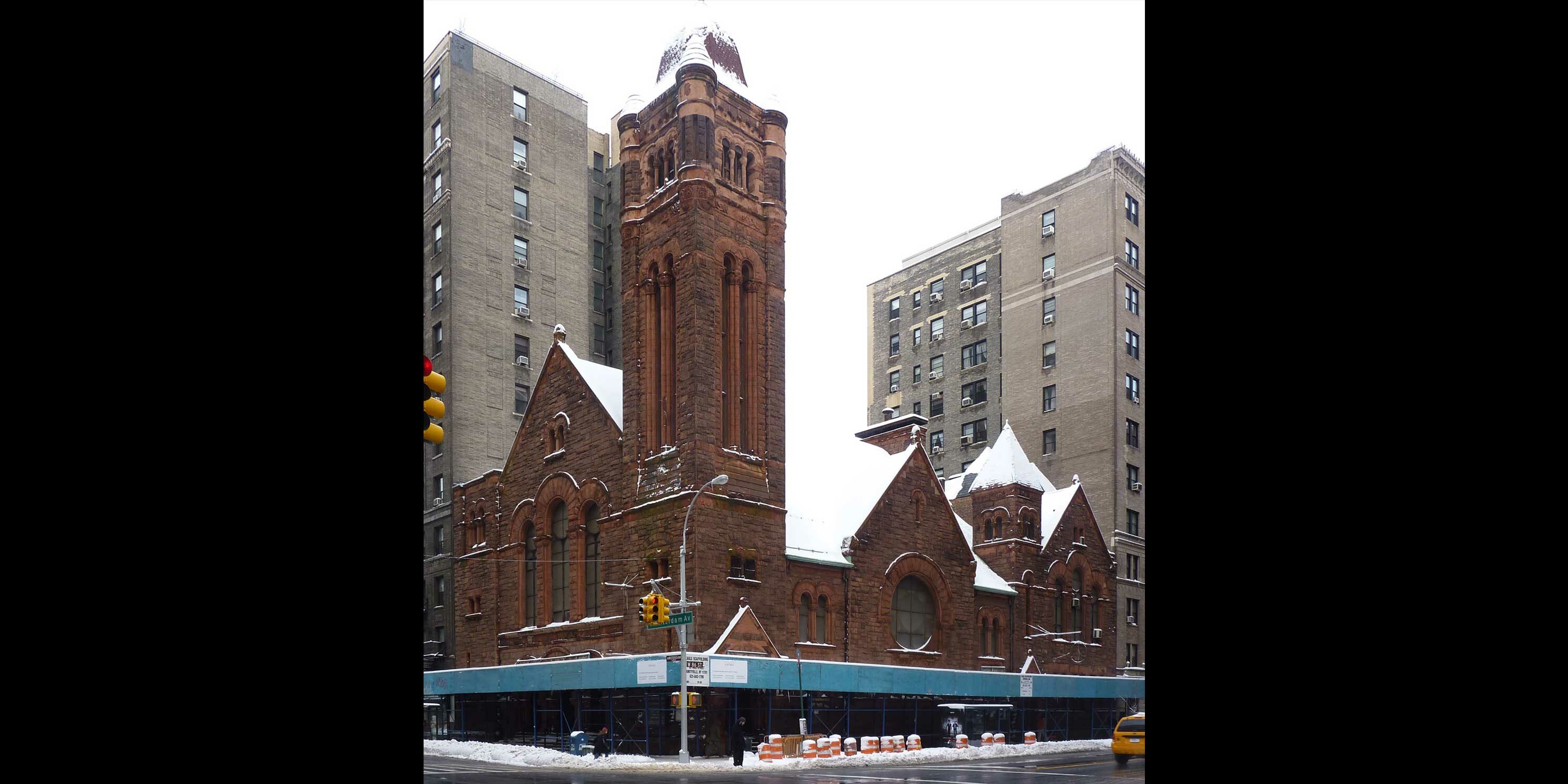 LPC Must Deny the Hardship Application

As specified in Section 25-309(2) of the New York City Landmarks Law, the hardship proceeding is a two-step process. First, LPC must make a preliminary determination of whether a hardship exists. Next, if a hardship is found, LPC must mitigate or alleviate the hardship without demolition or alteration of the structure. Despite being on notice of the responsibility of maintaining a landmarked building for twelve years, there is little evidence the Church was proactive in updating and maintaining basic features of the building or exploring alternative use or ownership options.

For instance, even though the building ceased to be used as a religious institution in 2018 and instead was leased to the Center at West Park for use as a performance and arts space, the Church has not made any improvements to make the building accessible to persons with disabilities.1 Instead of seeking a partner who was an expert in performance, art, and associated fundraising, the Church established its own organization. Additionally, while the Church asserts that the building went up for sale in 2014, it has not offered any specific details other than the fact that there were no interested buyers. Moreover, while the Church allowed this landmarked building to deteriorate and become outdated, hurting its ability to fulfill its mission, the building was until very recently still operable since the Center at West Park is a tenant and a separate church congregation was using the space. This fact undermines the Church’s claim that it cannot fulfill its charitable mission. Even if the building is not suitable or appropriate for the West-Park Presbyterian Church, it is suitable for other worshippers or cultural users, despite needed accessibility updates, life safety updates, and façade improvements. MAS urges LPC to deny this hardship application because the Church has not demonstrated proactive and creative steps to raise money and maintain the building.

The LPC hardship process calls for the study of alternative ownership, designs, and financial options beyond the limited ones the Applicant provided to fully understand whether demolition is necessary for this landmarked building. MAS urges LPC to hire an independent consultant to assess the alternative scenarios and financial information the Applicant provided since the Applicant only explored a limited set of alternatives. LPC must evaluate more adaptive reuse alternatives to demolition, such as preserving the Church’s chapel, conserving the Church façade while restoring the interior building for a new program, and evaluating interim restoration work to phase the reuse of the building.

The independent analysis should study adaptive reuse, alternative ownership options such as non-profit cultural organizations or private ownership, restoration of the building in phases, and financial options such as selling development rights, pursuing historic preservation tax credits, grants, loans, and other subsidies at the City, State, and Federal level. We also urge the Church to start a fundraising campaign immediately to stabilize and restore the building in the interim period. For example, St. Mark’s Church-in-the-Bowery in the East Village raised funds to rebuild its landmarked church after it was ravaged by a fire in 1978. Similarly, St. Luke’s in the Fields in the West Village burned in 1981 and raised funds to rebuild. We see no reason West-Park Presbyterian cannot do the same.

Even if hardship is found, there is still another step in this hardship process: mitigation or alleviation of the hardship without demolition or alterations of the landmarked structure. Per the Landmarks Law, LPC may seek to find an alternative buyer for the property or develop a plan which preserves the building while enabling the tax-exempt property owner to carry out its charitable purpose. For example, in 1967, LPC determined there was a preliminary hardship for the Manhattan Club/Jerome Mansion and tried to find a buyer, despite being unsuccessful. Similarly, in 1982, the Marymount School in Manhattan submitted a hardship application and requested permission to build a gymnasium on the roof. LPC determined a preliminary hardship and explored informally alternative plans. Similarly, despite not being a hardship case, the City purchased the landmarked Sailors’ Snug Harbor property in 1971 from the institution’s trustees to prevent the historic Greek Revival buildings from being torn down. Since then, the City has owned the property while the Snug Harbor Cultural Center and Botanical Garden has maintained and operated the property as a successful public/private institutional partnership. We urge the Applicant and LPC to explore creative alternatives to avoid demolition of the West-Park Presbyterian Church.

In sum, the lack of creativity on the part of the Church puts this landmarked building and many other landmarked properties, especially houses of worship, at risk. LPC must explore alternatives to demolition.

LPC Must Recognize the Citywide Precedent of this Hardship Application

Hardship applications are not common, nor should they be. However, MAS recognizes the importance of the hardship provision in the Landmarks Law from a constitutional perspective. At the same time, the issue of dwindling congregants for individual congregations is becoming more common across the City for houses of worship, and, consequently, raises policy issues the City must address. While MAS recognizes the need for tax-exempt properties to fulfill their charitable mission, as the programming needs within these spaces shift to respond to fewer worshipers, more support from the City is needed to bring new activity and use to support the congregation, the historic resources, and the broader community. MAS urges the City to take steps to identify more funding opportunities for sacred institutions and develop creative policy solutions, such as expanding the radius of TDRs for individually landmarked religious properties, as used in the Theater District and the 2017 East Midtown rezoning.

Granting this hardship application would set a citywide precedent for hundreds of individually landmarked religious buildings. The West-Park Presbyterian Church is situated in one of the best locations in the City to find both alternative uses that could lift the financial burdens as well as command high return for adaptive reuse. We are confident that LPC will find the financial and alternative analysis wanting.

Further Questions and Comments for the Applicant

On June 9, 2022, the West Park Administrative Commission presented their application to MAS’s Preservation Committee, whose members include preservationists, advocates, architects, designers, and planners. Throughout MAS staff review of the application and discussion with the Committee, several key questions and comments emerged that would assist LPC in its assessment of this application.

Assessment of the Building

Good Faith Effort for Fundraising and Selling the Building

Lack of Creative Alternatives to Demolition 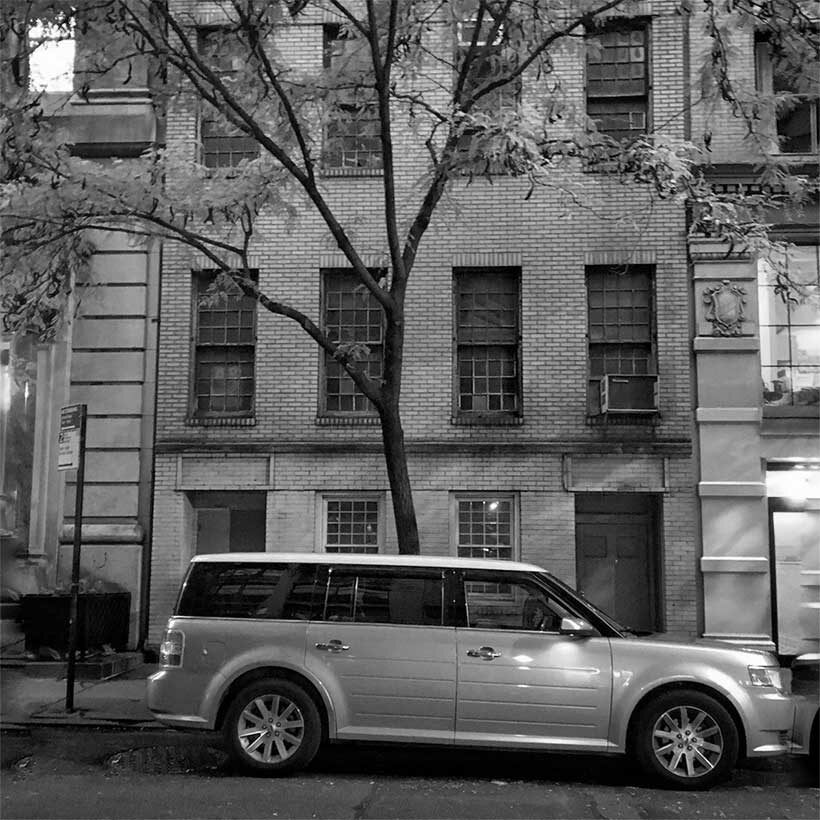