The Future of Open Space for ACTIVE TRANSIT

Cities are experiencing a long-overdue reimagining of our streetscape. An uptick in cycling, scootering, and other active transit modes is set against concerns over safety, an increase in automobile congestion, and decrease in public transit ridership.

Note: This program will be hosted on Zoom Webinar, and you must RSVP to receive a link to join. Links will be sent to registrants approximately 30 minutes prior to the program, and registration will close at 4:00pm on November 17. Capacity it limited, so be sure to save your spot! 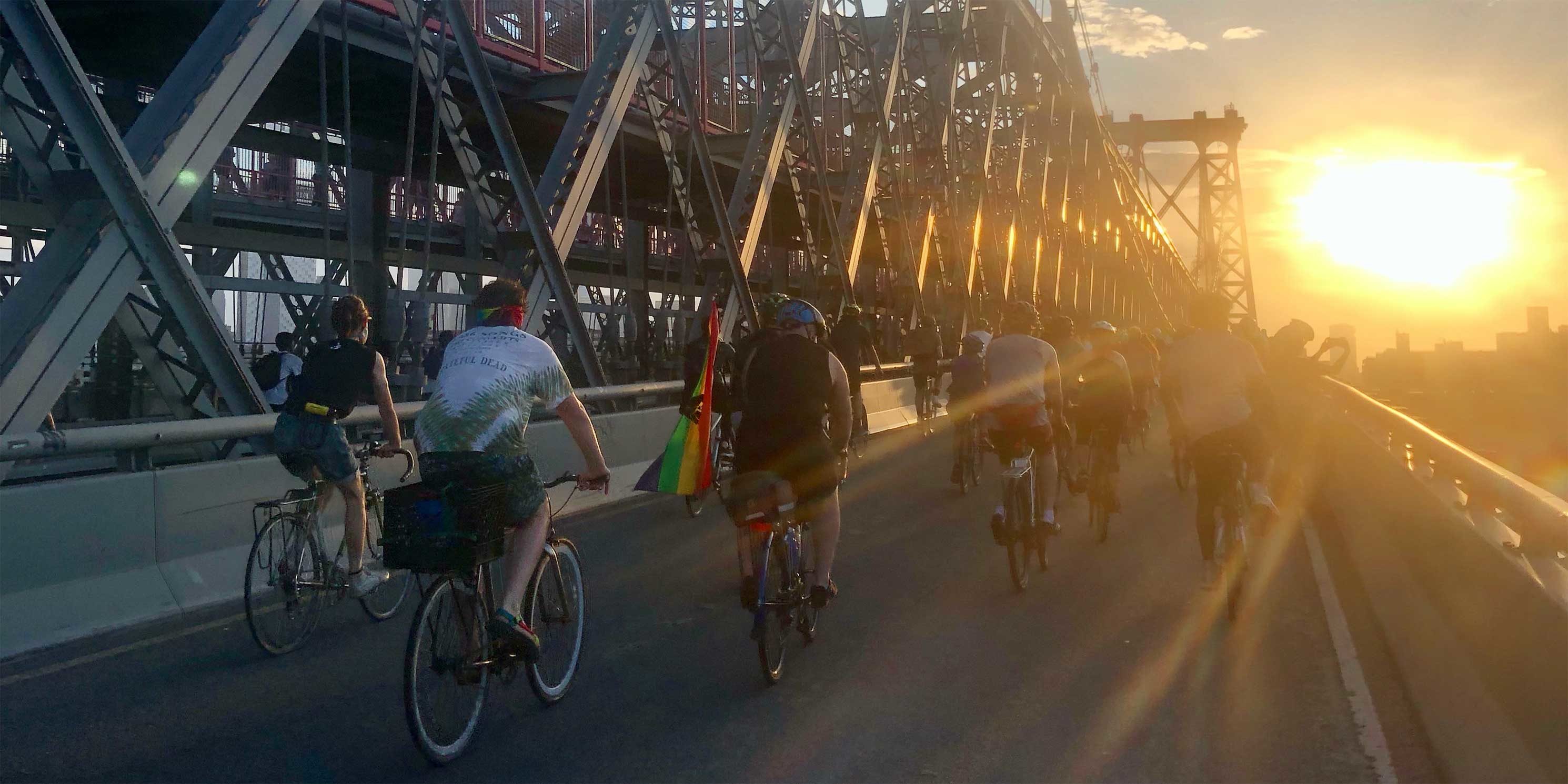 Danny Harris joined Transportation Alternatives as the executive director in September 2019. Previously, he spent four years as a program director with the Knight Foundation in San Jose, CA, where he supervised grantmaking related to placemaking, transportation, and affordable housing. Danny has taught at San Jose State University, was named a Vanguard Fellow by Next City, and received a citation from the American Institute of Architects. A graduate of Connecticut College and Princeton University, Danny is a native New Yorker and currently resides in Manhattan with his family.

Anna Luten is an action driven and entrepreneurial-minded woman, who grew up in the Netherlands, with the ambition to become a global leader. She was appointed Bicycle Mayor of Amsterdam in June 2016 and has since been working to improve safety and increase adoption of bicycling. As a true Dutch girl, Anna grew up riding a bike, but she was drawn to the Bicycle Mayor program through her passion for truly human-centric cities. In 2017 Anna moved from Amsterdam to New York City to explore what it is to live in this mega city where cycling is not as common (yet) as it is in her hometown.

Mr. Schwartz was New York City’s Traffic Commissioner in the 1980s. He started his transportation career in the late 1960’s as a NYC cabbie. He also writes a column on traffic for The New York Daily News. Mr. Schwartz’s most recent books, No One at the Wheel: Driverless Cars and the Road of the Future (2018) and Street Smart: The Rise of Cities and The Fall of Cars (2015) lay out a recipe for cities faced with rapid changes in modes, automation, demographic shifts and travelers’ preferences. Mr. Schwartz, often referred to by his nom de plume “Gridlock Sam,” released the word “Gridlock” into the lexicon during the 1980 NYC Transit strike.

Lifelong community organizer, Courtney Williams, launched The Brown Bike Girl in 2016, with the goal of assisting existing and aspiring community stewards to expand their capacity to knock down the barriers between communities of color and their access and adoption of the life-changing machine known as the bicycle. She is passionate about sharing the solutions that embracing bicycling presents to the challenges faced by inner city black and brown populations. Recently appointed as the first People’s Bicycle Mayor for New York City, her work engages the larger community in conversation about working together for mobility justice and the creation of race and class-inclusive space within cycling. A former Midwesterner turned New Yorker, Courtney is happy to travel to help support equity initiatives around the country.